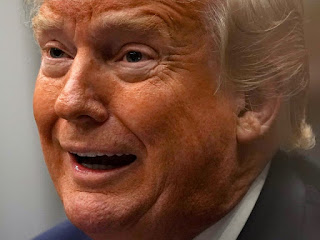 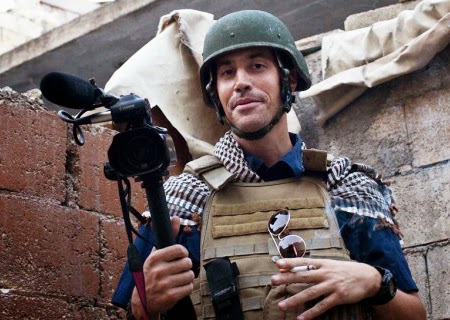 A graphic video of the purported killing, whose authenticity could not be immediately verified, was posted online Tuesday and quickly spread on social media. The video, which appears to be the work of the militant group Islamic State of Iraq and Greater Syria, declares the act “A Message to #America (from the #IslamicState)” and retribution for the United States’ intervention against ISIS in Iraq. Some versions of the video and Twitter accounts circulating it were quickly taken offline Tuesday evening, though the video soon appeared on YouTube again.

TIME is not publishing the video. The video also includes a threat to kill Steven Sotloff, a freelance journalist who has written for TIME among other outlets, and has been missing since August 2013.
A Facebook page affiliated with the Foley family’s campaign for his release posted a message Tuesday saying it couldn’t confirm the authenticity of the video or Foley’s fate.
“We know that many of you are looking for confirmation or answers,” the post read. “Please be patient until we all have more information, and keep the Foleys in your thoughts and prayers.”
A spokesperson for the U.S. National Security Council said the American intelligence community “is working as quickly as possible to determine its authenticity.”
“If genuine, we are appalled by the brutal murder of an innocent American journalist and we express our deepest condolences to his family and friends,” NSC spokesperson Caitlin Hayden said. “We will provide more information when it is available.”
On Tuesday evening, Principal Deputy Press Secretary Eric Schultz said in a statement that President Obama had been briefed on the video by Deputy National Security Advisor Ben Rhodes. “The President will continue to receive regular updates,” Schultz said.
Foley “was taken by an organized gang after departing from an internet café in Binesh, Syria,” near the Turkish border, the FBI said in an alert following the Nov. 22, 2012, kidnapping. He was in Binesh covering the Syrian civil war for theGlobalPost website and AFP.
Foley, 40, grew up in New Hampshire, where his parents live.
TIME
Over 5.6 Million Reads Adam Gonzalez at August 20, 2014 No comments: Links to this post

Jamaica's top national newspaper has run an editorial arguing the island nation should recognise same-sex marriage, in a country where gay sex is still outlawed.
In an editorial on Thursday, The Gleaner says the Jamaican constitution's definition of marriage as a union between a man and a woman was unfair, calling it a "deep-seated, if slowly receding, homophobia". Enshrined as Section 18 in the constitution, it is "an assault on the principle of equality of people, people's right to forge relationships, and their right to equal protection under the law", the paper says.
There has been a 20% fall in the number of couples getting married between 2005 and 2010, and the most recent census in 2011 shows that 70% of people over the age of 16 - the legal age of marriage - remained single, The Gleaner reports. With divorce rates up 30% in Jamaica, allowing same-sex couples to tie the knot might revive a social institution in decline, The Gleaner suggests.
A rare challenge to Jamaica's 1864 anti-sodomy law is pending before the country's supreme court, and has whipped up a campaign by religious conservatives who want to keep the law in place. Jamaica has often been criticised by activists over its attitudes towards gay rights. The lyrics of many reggae and dancehall musicians feature homophobic references and gay people are often singled out for violent attack. A 2012 US State Department report described homophobia in Jamaica as "widespread". But there also reports of growing tolerance, and during her 2011 election campaign, Prime Minister Portia Simpson called for the repeal of a law that effectively bans gay male sex.
News from Elsewhere......as found by BBC Monitoring
Over 5.6 Million Reads Adam Gonzalez at June 07, 2014 No comments: Links to this post

Bradley Manning’s trial presents a unique interpretation of a military law that, if it stands and Manning is convicted, would have dire consequences for both whistleblowers and the freedom of the press, according to a Harvard Law School professor who is expected to testify at the trial.


The judge asked in a previous portion of the trial in January whether the prosecutors would have pressed the same charges—aiding the enemy—against Manning if he had given the documents in to the New York Times instead of Wikileaks.
The prosecutor told the judge: “Yes ma’am.”
That admission—that Wikileaks, a small organization at the time, is the same as a larger media outlet—greatly concerns Yochai Benkler, a professor at Harvard Law School and co-director of the Berkman Center for Internet and Society at Harvard.
Manning’s guilty plea could already subject him to 20 years in prison, “more than enough to deter future whistleblowers,” wrote Benkler in an analysis of the case.
“But the prosecutors seem bent on using this case to push a novel and aggressive interpretation of the law that would arm the government with a much bigger stick to prosecute vaguely-defined national security leaks, a big stick that could threaten not just members of the military, but civilians too.”
The prosecution case, says Benkler, “seems designed, quite simply, to terrorize future national security whistleblowers.”
The charges against Manning include “aiding the enemy,” which is punishable by death. The aiding caused damage to the United States national security and hampered diplomatic affairs, according to the prosecution.
One of the examples reportedly going to be put forth of the impact of the leak of documents is that several files were found on Osama Bin Laden’s computer.
Benkler asks, referring the the man who leaked documents showing deception in the prosecution of the Vietnam War, “Does that mean that if the Viet Cong had made copies of the Pentagon Papers, [Daniel] Ellsberg would have been guilty of “’aiding the enemy?’”
The “aiding the enemy” charge, if Manning is convicted, would have a big impact on news organizations around the world. If whistleblowers leak classified materials to any news organization that publishes it on a website, then enemies of the United States can read them. So Manning is charged with “aiding the enemy” because he knew that Al Qaeda or its affiliates could read the materials he was leaking online.
“This theory is unprecedented in modern American history,” according to Benkler. “The prosecution claims that there is, in fact precedent in Civil War cases, including one from 1863 where a Union officer gave a newspaper in occupied Alexandria rosters of Union units, and was convicted of aiding the enemy and sentenced to three months. But Manning’s defense argues that the Civil War cases involved publishing coded messages in newspapers and personals, not leaking for reporting to the public at large. The other major source that the prosecution uses is a 1920 military law treatise. Even if the prosecutors are correct in their interpretations of these two sources, which is far from obvious, the fact that they need to rely on these old and obscure sources underscores how extreme their position is in the twenty-first century.”
This charge could also extend to civilians who leak information to the press.
Benkler says that if Manning is convicted, “the introduction of a capital offense into the mix would dramatically elevate the threat to whistleblowers,” he says, adding. “The consequences for the ability of the press to perform its critical watchdog function in the national security arena will be dire.”
Over 5.6 Million Reads Adam Gonzalez at June 03, 2013 No comments: Links to this post