200,000 Petitions To The Chinese Government to Allow Same Sex Marriage 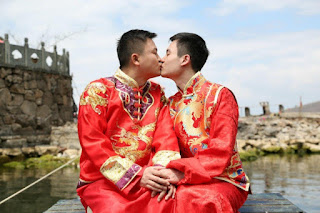 LGBT couple Hu Mingliang (left) and Sun Wenlin were the first to test China’s marriage laws in 2015. Photo: Handout
{{China Morning Post}}
Nearly 200,000 people have appealed to the Chinese authorities to recognize same-sex marriage, in a month-long push sparked by a review of the country’s civil law provisions.
The country’s LGBT community and its supporters have been writing to legislators and leaving comments in favor of a change to China’s marriage laws during a public comment period which ended on Friday with more than 190,000 people responding.
Among them is Ling Gu, a lesbian from Wuhan in the central Chinese province of Hubei. All she wants is a marriage certificate. Ling and her partner have had their wedding photos taken and together run a real estate business. In all but the eyes of the law, they are a married couple.
In a post on WeChat, China’s popular messaging app, Ling said that if the laws ever changed, she and her partner would register their marriage immediately. “Without a marriage certificate, it’s like a mission we can never accomplish. A blank left in the puzzle of life,” Ling said.

Although same-sex marriage is not banned in China, there are no laws granting it legal status. The Chinese legal definition of marriage states that it is between one man and one woman. A review of the marriage and family section of the civil law reached its third and final stage last month.
In August, at a press conference outlining the latest civil law review, Zang Tiewei, spokesman of the Legislative Affairs Commission of China’s top legislative body, the National People’s Congress Standing Committee said the country’s current marital system was in line with Chinese tradition and culture, adding that most countries did not acknowledge same-sex marriage.

Yanzi, director of Guangzhou-based LGBT Rights Advocacy China, put out a call at the beginning of November when public submissions opened, hoping for at least 100,000 messages of support for marriage equality. To his surprise, the goal was reached within days.
Since then, hundreds of thousands have shared their love stories online, left messages on the civil law review website, while their parents have sent handwritten letters to legislators.
“We know that it’s already the third draft and they will probably not include same-sex marriage, but at least we want to let lawmakers hear there’s a need among the LGBT community,” Yanzi said. 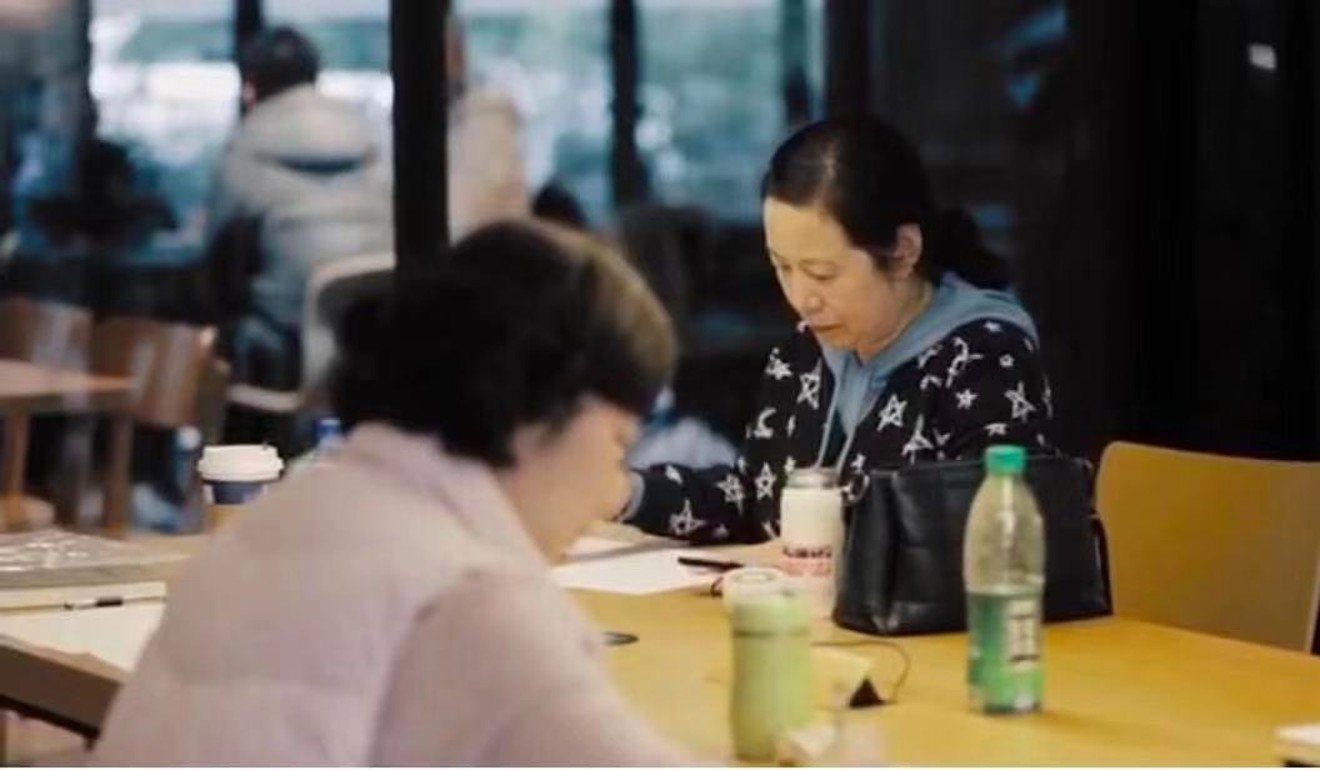 Parents of China’s LGBT community have been writing to lawmakers as part of an effort to legalise same-sex marriage. Photo: Handout

It is not the first time activists have campaigned for China to embrace same-sex marriage, he said. For years, they have been advocating through publicity stunts, such as public weddings, as well as by lobbying legal experts and lawmakers.
Most people in China’s LGBT community remember the first same-sex marriage lawsuit in China, when Sun Wenlin tried to marry his boyfriend Hu Mingliang in 2015.
Sun and Hu had been in a relationship for a year, and Sun wanted to see whether they could get lucky and register to marry, even though there was no law granting legal status to homosexual couples.
They did not succeed. The office director who turned them down said, “If you came with a woman today, I would register you right away.” Sun replied that he didn’t like women, he liked men and wanted to marry Hu, to which the director responded, “You are so ridiculous”.
Sun took the case to court, claiming the director’s remarks were discriminatory. He lost the case, but has since devoted himself to activism.

In 2017, before China’s annual meeting of lawmakers in March, Sun started lobbying representatives. He got hold of a list of 113 phone numbers and started calling them one by one. When they answered, Sun introduced himself and said he wanted to talk about same-sex marriage. They would immediately hang up, so he followed up the calls with text messages.
According to Sun, after a month of texting, one representative finally met him for tea. It was a university science professor, who said he had met gay people when he studied abroad in the 1990s. He listened to Sun’s appeal carefully and signed his petition. Sun declined to name the professor due to the sensitivity of the issue.
Unfortunately, Sun did not reach the 30 signatures needed to prompt lawmakers to review the proposal, but he is hopeful for the future. “We think the push for same-sex marriage should have two prongs – advocacy from the public, and efforts to push the lawmakers, such as lobbying representatives,” he said.
Meanwhile, other activists have repeatedly pushed stories of LGBT public weddings in Chinese media. Data from these activists show that, starting in 2014, the number of stories portraying the LGBT community in a positive light began increasing in China’s mainstream media. In 2015, they said, there were 867 pieces of LGBT-related news.
Ah Qiang, director of the Guangzhou-based NGO PFLAG, has been holding weddings on a rainbow cruise ship. In 2017, he booked a cruise ship which carried more than 1,000 people from China to Japan, with 10 couples taking part in a group wedding during the voyage.
The rainbow cruises have also come under pressure. At first, Ah Qiang wanted to hold the weddings in a function room on board the ship but someone in charge called the cruise management to shut down the power supply, forcing the ceremony to be held on deck, he said.
In July this year, when he organised a rainbow cruise from China to Vietnam, Ah Qiang cancelled the planned group wedding out of fear there would be trouble from the authorities.
Despite the efforts of LGBT activists, Yanzi said there had been almost no results in the push for legal recognition of same-sex marriage.
One small step towards ensuring the rights of LGBT couples was taken in 2017 when China’s guardianship laws were introduced, dictating that any adult can appoint a legal guardian.

Why are so few LGBT Chinese couples getting legal protection?

The intention was to improve care for China’s rapidly ageing population, but some gay couples have also been taking advantage of the law, as it can enshrine some of their rights as a couple, Yanzi said.
“But in other legal aspects, there have been no developments in all these years that ensures the rights of gay couples,” he said. “We feel the need to push forward even more.”
But Yanzi is hopeful for the future. He has seen tremendous support among young people, who are increasingly accepting towards the LGBT community, as evidenced in repeated polls about same-sex marriage on Weibo, China’s social media platform.
“Even though these are just Weibo users, there is a high support rate (towards same-sex marriage),” he said. “I believe if the public has a chance to get in touch with this sort of information, their attitudes will slowly change.”
Over 5.6 Million Reads Adam Gonzalez at December 02, 2019 No comments: Links to this post