What Would Happen When GOP Abolishes the EPA? The Environment? 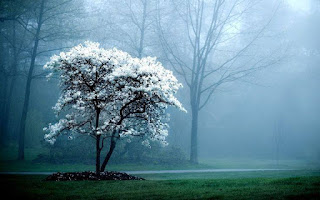 A GOP freshman congressman recently introduced a bill to eliminate the Environmental Protection Agency (EPA) with more cosponsors than sentences in its text.

The entirety of Rep. Matt Gaetz's (R-FL) proposal is one sentence. Following the boilerplate “Be it enacted," legislative language, it reads, simply, "The Environmental Protection Agency shall terminate on December 31, 2018."

This is remarkably unserious lawmaking. That isn't just because eliminating the agency responsible for enforcing all the nation's environmental laws is an extremist proposal that would kill people if enacted. It’s because the bill would conflict with thousands of pages of other federal laws.

What would happen if you abolished the EPA but didn’t repeal environmental laws?

The EPA doesn't exist in a vacuum. There are detailed laws that have been revised many times over the decades, such as the Clean Air Act, Clean Water Act, and Toxic Substances Control Act, that charge EPA with studying and determining what is a pollutant harmful to human health and then writing and enforcing regulations to protect the public from it.

What would happen if you abolished the EPA but didn't repeal those laws? Who knows? Apparently not Gaetz or his cosponsors Rep. Thomas Massie (R-KY) and Rep. Steven Palazzo (R-MS), none of whom responded to a request for comment. (Another cosponsor, Rep. Barry Loudermilk [R-GA], had no answer and a full voice mail inbox at all of his offices.)

Neither do leading environmental policy experts.
"I frankly haven't seen something like this in 30 years," says Scott Slesinger, legislative director at the Natural Resources Defense Council and a former EPA official. "It just doesn't make sense. You have the Clean Water Act saying regulations need to be updated by EPA every five years. Obviously they haven’t thought about it."

One possible explanation for Gaetz’s internal incoherence is that while the EPA is a favorite punching bag for conservative activists and fossil fuel industry donors, the work it does is overwhelmingly popular among the general public.

Perhaps he wants credit from right-wing activists or donors for saying he will abolish the EPA but he doesn't want moderate Republican and independent voters to realize that would mean getting rid of environmental protections they support. (A serious bill to abolish agency would detail these implications by either repealing laws it implements or weakening them to eliminate the EPA’s enforcement responsibilities.)

A January Reuters/Ipsos poll found 61 percent of Americans would like to see the EPA preserved at the same size or expanded, versus 19 percent who said it should be weakened or eliminated. Inn a December Pew poll 59 percent of the people polled said stricter environmental regulations “are worth the cost."

If Gaetz and his co-sponsors hoped to please their base without drawing attention to what abolishing the EPA actually would mean, the plan backfired. Gaetz's office has been deluged with angry calls. "He's taken a lot of flak for this," says Alex Taurel, deputy legislative director at the League of Conservation Voters, an environmental research and advocacy group. “We've seen a lot of interest in this from the grassroots."

Fearing protests from the local Democratic Women's Club and environmental activists, Gaetz encouraged the Bikers for Trump to show up at his February 23 town hall meeting with constituents. The Bikers for Trump chapter leader, a friend of Gaetz's, had asked in a Facebook post that "all patriots in attendance to protect Congressman Gaetz from any potential disruption of his speech," adding, "don't forget your ammo." The event ended up being violence-free, featuring little more disruption than the heckling that has recently become the norm at Republican lawmakers' town halls.
Suppose Gaetz got his way, though, and the bill became law. Then what? Since Congress has never yet been so reckless as to abolish an agency with a one sentence law that says nothing about who will take over its enforcement responsibilities, there is really no precedent upon which to base any speculation.

In theory, if Congress did pass Gaetz’s bill, it could follow up by repealing all the environmental laws on the books or reassign its responsibility to other cabinet departments—although the latter possibility raises the question of what Gaetz's bill would accomplish to free chemical factories and coal-fired power plants from the oppressive regulatory yoke.

But if the federal government simply stopped enforcing, say, the Clean Air Act because it no longer had an agency to do it, it would be in violation of the law and subject to lawsuits by environmental and public health organizations.

And that sort of environmental degradation actually is likely to happen because of Gaetz and his ilk, regardless of his bill. While there aren't enough votes in Congress to repeal laws like the Clean Air Act, there are plenty for passing budgets that would scale back the scope of EPA's work.
If the federal government simply stopped enforcing the Clean Air Act it would be in violation of the law.

“Congress doesn't have the votes, we think, to make major damage to environment laws, but there is a serious likelihood that Republicans will gut the EPA budget, which will have same impact," says Slesinger.

The budget, unlike other bills, cannot be filibustered, so Republicans can pass it without any Democratic votes. And the GOP already has gradually cut EPA's spending by 20 percent since taking over Congress in 2011. As a result, the agency launched one-third fewer criminal investigations last year than it did in 2012. Meanwhile, Trump and House Speaker Paul Ryan have proposed further cuts to domestic spending and Trump is already at work on repealing many Obama-era EPA regulations.

Republicans will do plenty to pollute the environment, but Gaetz’s bill won’t sully anything but the political debate.

Over 5Million Reads Adam Gonzalez at February 27, 2017 No comments: Links to this post