California The First State To Use LGBT Inclusive Textbooks in Schools 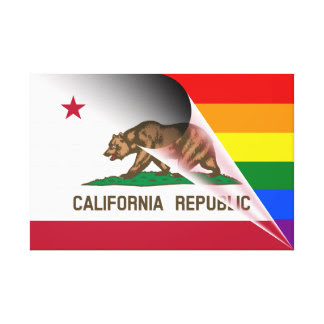 California has become the first state to approve LGBT-inclusive history textbooks for use in primary schools, the Advocate reports.

The California State Board of Education on Thursday approved 10 textbooks for kindergarten through eighth-grade students that include coverage of the historical contributions of LGBT people and rejected two that failed to include such coverage.

The rejected textbooks failed to abide by California's 2011 FAIR Education Act. The law, written by former state Sen. Mark Leno, requires that schools teach about historical figures who were LGBT or who had disabilities.

“Approval of these textbooks means that California schools will now have access to approved materials that accurately represent LGBTQ people, and Equality California applauds the State Board of Education for this historic decision,” Zbur said.

The two books that didn't make the cut were published by Houghton Mifflin Harcourt, according to the website EdSource.

The textbooks were rejected because they failed to address the sexual orientations of historical figures who were LGBT, or widely speculated by historians to have been LGBT. They include poets Emily Dickinson and Walt Whitman, authors Ralph Waldo Emerson and Nathaniel Hawthorne, and President James Buchanan.

Houghton Mifflin Harcourt said that LGBT people are “central to both United States history and culture,” but declined to make some of the changes suggested by a state-appointed commission to review the textbooks.

“HMH feels that the terms lesbian, gay, bisexual, transgender, and queer are contemporary terms that may not map well on past lives and experiences,” the publisher said in response to the commission.

EdSource notes that a textbook published by McGraw-Hill was approved by the board after the publisher agreed to make changes to refer to some historical figures as LGBT.But the publisher refused to make the one suggested change that would have referred to poet Langston Hughes as gay, arguing that “there is no definitive evidence or scholarly consensus [that] he was gay.”