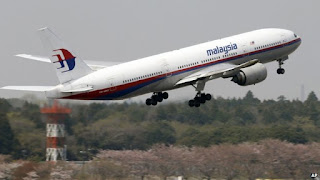 During his dystopian inaugural speech, Donald Trump promised to an end an era of “American Carnage” with a “new decree”—that the US’s interests would be put first around the world.
A year after his surprise election, and 10 months after that speech, it appears the US is being left behind instead. Trump has pulled America out of several multilateral agreements and threatened to strong-arm partners in others. As he does, the remaining countries are marching ahead without the world’s wealthiest nation and its largest economy.
It’s too early to determine the impact on global trade or the US economy, but diplomats and historians say they worry the long-term effects on American manufacturers could be dire. “US exporters will suffer the consequences,” says Tony Gardner, who was US ambassador to the EU under Obama. “It is in my view a wholly counterproductive policy that Washington is pursuing,” he said.

In June, Trump pulled the US out of the landmark Paris Agreement. Last week, Syria became the last country in the world (besides the US) to sign up for the deal. A small Trump administration delegation (paywall) is attending this week’s round of climate talks in Bonn, Germany, but neither Trump nor his top energy or climate officials are going. (There are plenty of American mayors, governors, and business heads there who say they’re still committed to the deal).
Other nations are hatching ambitious plans in Bonn—Germany’s environment minister will team up with Britain on a campaign to convince other countries to commit to stop using coal entirely, for example. In contrast, the US hosted a panel promoting fossil fuels at the conference, which, as ex-New York mayor Mike Bloomberg said, “is like promoting tobacco at a cancer summit.”
The Paris climate accord was the “first real agreement of the globalized world,” said Edward Goldberg, of New York University’s Center for Global Affairs. Pulling the US from the climate agreement was akin to the US’s refusal to join the League of Nations after World War I, he said—a decision that is considered to one of the reasons another world war eventually broke out. “I’m sounding pessimistic here, but it is just a disaster.”

Just three days after his inauguration, Trump said the US would exit the comprehensive, 12-nation trade deal dubbed the most “ambitious in a generation.” Designed to offset China’s manufacturing might the deal created a trading bloc between Pacific Rim countries and the Americas designed to lower tariffs and increase protections for workers and the environment. The deal would have added an estimated $4.4 billion in annual net income to US farmers alone.
This past weekend, the 11 remaining TPP members said they’d reached an agreement about core parts of the deal, including working hours and a minimum wage. The new pact is called the “Comprehensive and Progressive Agreement for Trans-Pacific Partnership,” or the TPP11.
This may not be the end of the US’s relationship with the TPP, though. In the past, when the US wavered on joining global agreements, jobs and corporate interests put pressure on the Senate to change, Goldberg said. “I think that will happen again. Without it our corporations are totally disadvantaged.”

An EU counter to NATO

Trump began lambasting the North Atlantic Treaty Organization—which was created in 1949 to counter the rising threat from the Soviet Union—on the campaign trail. As president, Trump at first failed to reaffirm Article Five, the mutual-defense clause that is the cornerstone of the NATO alliance, though he belatedly did weeks later. In September, EU foreign-affairs chief Federica Mogherini obliquely pointed to Europe’s need for “strategic autonomy” when it comes to defense.
Today, Europe took a step in that direction, with 23 EU member states signing a pact for greater defense integration. The members have agreed to integrate military funding, weapons development, and deployment of European defenses, essentially creating a unified mega-army with a $5 billion weapons fund. Brexit may have had as much to with this as Trump (the UK has always resisted an integrated army), but it represents the first step in a serious move towards Europe fending for itself without the US.

At this past weekend’s Asia-Pacific Economic Cooperation meeting in Manila, Chinese president Xi Jinping told the assembled crowd of regional leaders, “We should continue to foster an open economy that benefits all,” and sang the praises of multilateral deals and “open regionalism.”
It wasn’t a surprising message. After all, APEC was started in 1989 to promote growth throughout the region by encouraging regional trade.
Trump, in marked contrast, touted his “America First” rhetoric at the same meeting. “We are not going to let the United States be taken advantage of anymore,” he said, then went on to accuse the leaders in the room of benefiting at the US’s expense.
Xi got a standing ovation from the crowd after his speech, despite the fact that China is enmeshed in ugly territorial disputes with many of its Asian neighbors. Trump’s remarks were met with “something like an embarrassed silence,” China’s state media wrote.
While no concrete trade agreements were written at APEC, it’s easy to see how China’s proposals in the future could be greeted more warmly than the US’s.
Heather Timmons@HeathaT///QUARTZ
Over 5.6 Million Reads Adam Gonzalez at November 15, 2017 No comments: Links to this post

Email ThisBlogThis!Share to TwitterShare to FacebookShare to Pinterest
Labels: Energy, Trade, US President

2017 and USA Will Be Top Oil Producer in the World

The report predicts that North America will be a net oil exporter by around 2030, and that the United States will be almost self-sufficient for its energy supply by 2035, according to Reuters.

The US will be the world's top oil producer by 2020, the International Energy Agency announced in a new report.
Though the IEA reports that "the world is still failing to put the global energy system onto a more sustainable path," it also found that US oil imports have steadily fallen.
“This striking conclusion confirms a lot of recent projections,” Michael Levi, senior fellow for energy and environment at the Council on Foreign Relations, told the New York Times, though he concedes that, like the report states, no country is an "energy island" immune from the fluctuations of global energy markets.
“You may be somewhat less vulnerable to price shocks and the US may be slightly more protected, but it doesn’t give you the energy independence some people claim,” Levi added.
At least part of the growing US output is a result of new extraction techniques, such as fracking and horizontal drilling, the Financial Times reported.
Fluctuations in energy production could cause geopolitical shifts, observers say.
"Some analysts have wondered whether an energy-independent US would still guard the world’s critical sea lanes such as the Strait of Hormuz in two decades’ time – and whether China, whose reliance on Middle East crude imports was growing, would replace it," noted the Financial Times.
The IEA report also said that Saudi Arabia, which boasts the largest oil reserves on the planet, would return to the top producer spot by 2030, Reuters reported.
The IEA was founded after the oil crisis of 1974, and works to guarantee that the global supply of energy is safe and sustainable.
by Talia Ralph
GlobalPost.com
Over 5.6 Million Reads Adam Gonzalez at November 13, 2012 No comments: