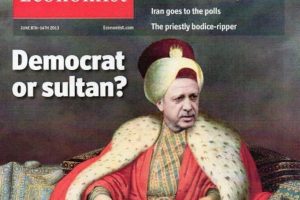 Erdogan, better known as the Thug of Europe with some saying that Turkey should have never been allowed to join Europe, NATO or any agreement with the West because of their past behavior including a massacre.

One could judge the man and show he does not have a single hair of diplomacy in him when his thugs beat American demonstrators a few months ago. He doesn't allow demonstrations in Turkey so He must've thought neither do the US. Not much intelligence there and less intelligence in attacking websites trying to disrupt the traffic to the web. Again he doesn't know those particular attacks does not affect all sites and particularly sites that don't sell anything. I know about his attacks because he has been attacking this site for months after we called him a thug immediately after the beating of American demonstrators.

He does no damage to us and our intelligence services get to see their MO on web attacks. We feel honored when people no matter who they are, showing everyone what they were called was fair because that's what they are.
adamoxie*blog International
🦊

Turkey no longer recognizes the US ambassador to Ankara, President Recep Tayyip Erdogan said Tuesday, toughening his rhetoric amid a worsening row with the United States, sparked by the arrest of a US consulate employee.
“We do not recognize him as the representative of the United States of America in Turkey, I say this quite openly,” Erdogan said about John Bass during a news conference while on a trip to Serbia.

“We did not start this problem,” Erdogan said, accusing the US of being responsible for the sharp deterioration in relations.
It was an escalation from the day before when the Turkish leader had only expressed sadness over the row.

We do not recognize him as the representative of the United States of America in Turkey, I say this quite openly TURKISH PRESIDENT RECEP TAYYIP  ERDOGAN ON US AMBASSADOR JOHN BASS.    (???) 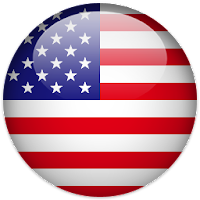 On Sunday, the US stopped offering non-immigrant visa services in Turkey, citing security concerns. Hours later, Turkish missions in the US took a similar step and also froze US passport holders out of an electronic visa system.
US State Department spokeswoman Heather Nauert said the US decision was coordinated with the White House.

The Turkish president said that if the suspension of visa services was decided at the top levels in Washington, then Ankara has nothing more to discuss with the US
Nauert also said the State Department is disappointed by the arrest last week of a Turkish employee of the US consulate in Istanbul.

Allowing the employee access to a lawyer “would be a good start to reduce tension,” Nauert said.

The employee is the second US staff member arrested this year, while a third employee is being sought for questioning while his family members are being held in custody.

Erdogan implied “agents” had infiltrated the US consulate in Istanbul, saying: “All this shows us that something is going on in the consulate in Istanbul.”
The president’s words appeared to undercut earlier efforts by Prime Minister Binali Yildirim to work towards a resolution.

“I hope that this tension will end soon,” Yildirim told members of the ruling Islamic-conservative Justice and Development Party (AKP), noting that citizens of both countries were being disadvantaged by the visa freeze.

“We started a legal process against some people who work at the American missions,” said the prime minister. “So what?”

Over 5Million Reads Adam Gonzalez at October 12, 2017 No comments: Links to this post

FaceBook is The Creator Frankenstein and Maybe It Can't Be Control for Russian Evil?

(Reuters) A former British spy chief said on Friday that encryption of online communications was "very positive" for the country's national security interests despite the difficulties that it poses for security services attempting to tackle militants.

Jonathan Evans, who ran Britain's MI5 spy service from 2007 until 2013, said that while encryption did make attacks harder to stop, it also helped to prevent criminals and even foreign governments from hacking private data.

"I'm not personally one of those who believes that we should weaken encryption ... whilst, understandably, there is a very acute concern about counter-terrorism, it's not the only national security threat that we face," he told BBC radio.

"The way in which cyberspace is being used by criminals and by governments is a potential threat to the UK's interests more widely... so encryption in that context is very positive."

Evans' views echo those of Robert Hannigan, the former head of the UK's eavesdropping spy agency GCHQ, who said in July that the government should work with companies for access to messages to ensure that systems were not weakened.

A suicide bomb at a pop concert in Manchester and three attacks in London which used cars to drive into pedestrians have killed 36 people in the last six months.

In addition to those successful attacks, the number of plots that have been thwarted in Britain has risen this year too. Security services say they have thwarted 19 plots since June 2013, six in the last four months.

Police say three of the four attacks in Britain this year, which have killed 36 people, were inspired by Islamist ideology.

Evans said that while he thought that the threat from Islamic militants was on the decline when he left his role in 2013, the rise of Islamic State had fuelled a new generation of militants which could pose a threat for decades in the future.

"We're at least 20 years into this. My guess is that we will still be dealing with the long tail in another 20 years time," he said. "I think we are going to be facing 20, 30 years of terrorist threats, and therefore we need absolutely critically to persevere."

Over 5Million Reads Adam Gonzalez at August 12, 2017 No comments: Links to this post