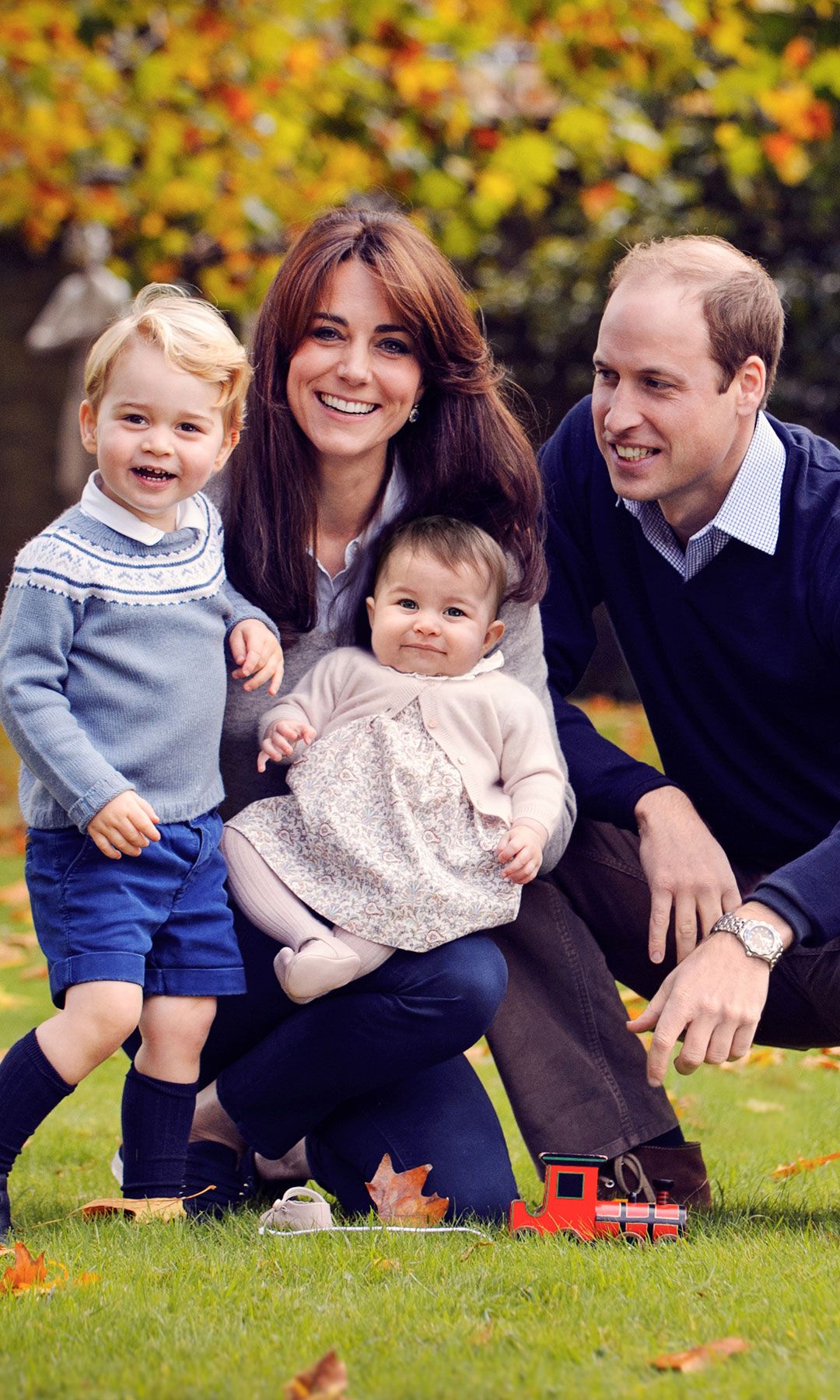 Prince William has said he would "fully support" his children if they were gay, but admitted he would "worry" about the added pressures they would face.
It was something he had thought about since becoming a parent, he said.
"I wish we lived in a world where it's really normal and cool, but particularly for my family, and the position that we are in, that's the bit I am nervous about," he said.
The duke was speaking to young people at a LGBT youth charity in London.
The Albert Kennedy Trust (AKT) supports LGBT young people who are at risk of homelessness.

The duke said he backed "whatever decisions" his children made, but added: "It does worry me from a parent point of view.
"How many barriers you know, hateful words, persecution, all that and discrimination that might come, that's the bit that really troubles me.
"But that's for all of us to try and help correct and make sure we can put that to the past and not come back to that sort of stuff." 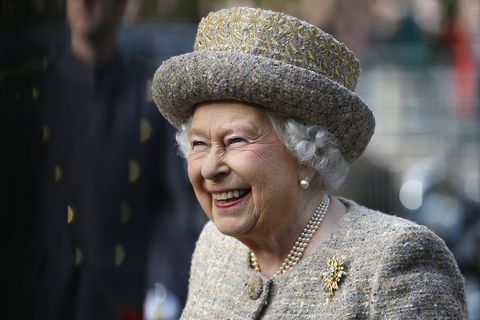 Getty ImagesWPA Pool
Look at the smile!!
Queen Elizabeth II's cousin Lord Ivar Mountbatten made history over the weekend as the first royal to have a same-sex wedding when he wed his now-husband, James Coyle. The couple quietly tied the knot in Devon in front of family and friends, Cosmopolitan U.K. reports.
It's unclear if familiar royals like Kate Middleton, Prince William, Prince Charles, or the sovereign herself were present. (The Cambridges were seen at a friend's weddingon Saturday.)
Although Lord Ivar's wedding to James took place out of the public eye (unlike Prince Harry and Meghan Markle's highly publicized nuptials in May), he did share details and photos from the intimate ceremony on Instagram this morning.
"Well we did it finally!" he wrote in the caption. "It was an amazing day despite the miserable British weather." The images show the grooms wearing velvet jackets for the occasion, with James in deep blue and Lord Ivar in emerald green.
The couple was married by Trish Harrogate, chief Registrar for Devon, "who set the perfect but lighthearted tone for what is a serious occasion," Lord Ivar added. Music was provided by the Bristol’s Teachers Rock Choir.
Lord Ivar previously married Penelope "Penny" Vere Thompson in 1994, but they divorced on amicable terms in 2011. Five years later, he publicly came out as gay. They have three daughters together, ranging from ages 15 to 22, USA Today reports. The whole family was present at the wedding—and Penny was the one who walked Ivar down the aisle.
"Most importantly a massive thanks to my 3 gorgeous girls for being so understanding and supportive, without their support this could never have happened!" Ivar added in his Instagram post. "And finally the biggest thank you to James for being just perfect......"
Lord Ivar previously said he could do without an official ceremony, but he decided to have one for James, who hasn't been married before. "For me, what's interesting is I don't need to get married because I've been there, done that and have my wonderful children; but I'm pushing it because I think it's important for him," he told Daily Mail. "James hasn't had the stable life I have. I want to be able to give you that."
We don't know many details on the wedding celebration, but the couple previously teased that it would be very low-key. They didn't even have an official proposal, James told the Mail in June. The ceremony would only be for family and friends, and the afterparty would have about 120 guests, said.
"We went to a wedding a couple of weeks ago and said: 'We're not doing that. We're not cutting cakes. We're not having a first dance," James added at the time.
Congratulations to the happy couple!
Harpers Bazaar
By Erica Gonzales
Over 5.6 Million Reads Adam Gonzalez at September 25, 2018 No comments: Links to this post

The British Royalty Gets Its First Marriage But Nothing Else

That’s because Mountbatten, a cousin of Queen Elizabeth, is to wed James Coyle, an airline cabin services director, this summer in what has been heralded as the “first-ever” same-sex marriage in Britain’s royal family.
Mountbatten’s ex-wife, Penny Mountbatten, said she will give her former husband away.
Though Mountbatten and Coyle’s ceremony is expected to be small, it’s much larger in significance.
“It’s seen as the extended royal family giving a stamp of approval, in a sense, to same-sex marriage,” said Carolyn Harris, historian and author of Raising Royalty: 1000 Years of Royal Parenting. “This marriage gives this wider perception of the royal family encouraging everyone to be accepted.” Edward II, who ruled from 1307-1327, is one of England’s less fondly remembered kings. His reign consisted of feuds with his barons, a failed invasion of Scotland in 1314, a famine, more feuding with his barons, and an invasion by a political rival that led to him being replaced by his son, Edward III. And many of the most controversial aspects of his rule – and fury from his barons – stemmed from his relationships with two men: Piers Gaveston and, later, Hugh Despenser.
Gaveston and Edward met when Edward was about 16 years old, when Gaveston joined the royal household. “It’s very obvious from Edward’s behaviour that he was quite obsessed with Gaveston,” said Kathryn Warner, author of Edward II: The Unconventional King. Once king, Edward II made the relatively lowborn Gaveston the Earl of Cornwall, a title usually reserved for members of the royal family, “just piling him with lands and titles and money,” Warner said. He feuded with his barons over Gaveston, who they believed received far too much attention and favour.
Gaveston was exiled numerous times over his relationship with Edward II, though the king always conspired to bring him back. Eventually, Gaveston was assassinated. After his death, Edward “constantly had prayers said for (Gaveston’s) soul; he spent a lot of money on Gaveston’s tomb,” Warner said. 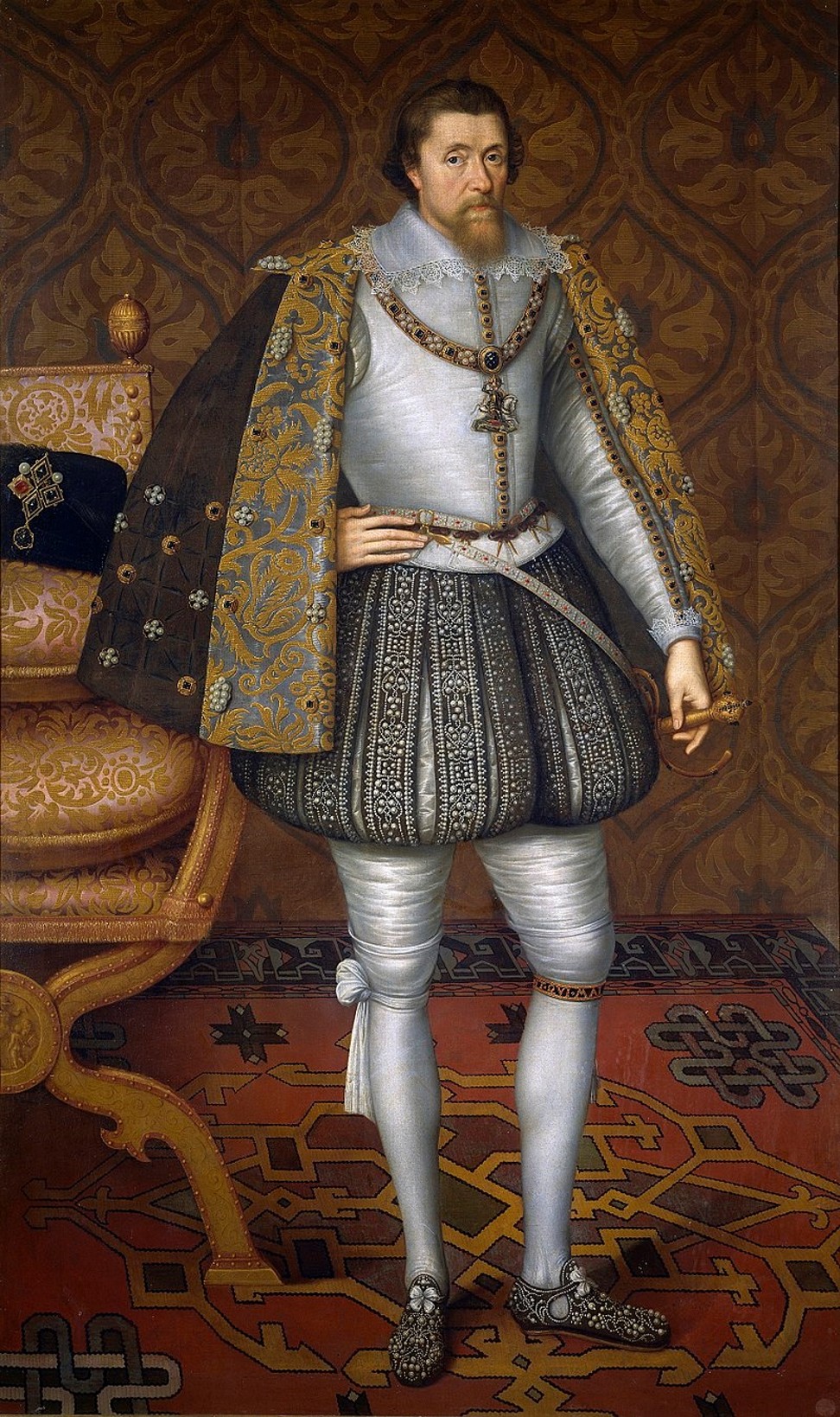 Several years after Gaveston’s death, Edward formed a close relationship with aide Hugh Despenser. How close? Walker pointed to the chronicler of Newenham Abbey in Devon in 1326, who called Edward and Despenser “the king and his husband,” while another noted that Despenser “bewitched Edward’s heart.”
The speculation that Edward II’s relationships with these men went beyond friendship was fuelled by Christopher Marlowe’s 16th-century play Edward II, which is often noted for its homoerotic portrayal of Edward II and Gaveston.
James VI and I, who reigned over Scotland and later England and Ireland until his death in 1625, attracted similar scrutiny for his male favourites. Though James married Anne of Denmark and had children with her, it has long been believed that James had romantic relationships with three men: Esmé Stewart, Robert Carr and George Villiers, Duke of Buckingham.
Correspondence between James and his male favourites survives, and as David M. Bergeron theorises in his book King James and Letters of Homoerotic Desire: “The inscription that moves across the letters spell desire.”
James was merely 13 when he met 37-year-old Stewart, and their relationship was met with concern.
“The King altogether is persuaded and led by him … and is in such love with him as in the open sight of the people often he will clasp him about the neck with his arms and kiss him,” wrote one royal informant of their relationship. James promoted Stewart up the ranks, eventually making him Duke of Lennox. James was eventually forced to banish him, causing Stewart great distress. “I desire to die rather than to live, fearing that that has been the occasion of your no longer loving me,” Stewart wrote to James.
But James’s most famous favourite was Villiers. James met him in his late 40s and several years later promoted him to Duke of Buckingham – an astounding rise for someone of his rank. Bergeron records the deeply affectionate letters between the two; in a 1623 letter, James refers bluntly to “marriage” and calls Buckingham his “wife”: “I cannot content myself without sending you this present, praying God that I may have a joyful and comfortable meeting with you and that we may make at this Christmas a new marriage ever to be kept hereafter … I desire to live only in this world for your sake, and that I had rather live banished in any part of the earth with you than live a sorrowful widow’s life without you. And may so God bless you, my sweet child and wife, and grant that ye may ever be a comfort to your dear dad and husband.”
This article appeared in the South China Morning Post print edition as: Royals give ‘stamp of approval’ to gay unions
Over 5.6 Million Reads Adam Gonzalez at August 21, 2018 No comments: Links to this post