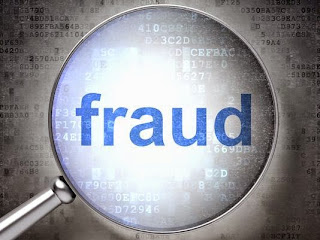 Bill Cosby was arraigned Wednesday on a felony assault charge resulting from a sexual encounter with former Temple University employee Andrea Constand 12 years ago. Cosby posted bail and left the courthouse shortly after his arraignment.

Over 5.6 Million Reads Adam Gonzalez at December 31, 2015 No comments: Links to this post

Planned Parenthood: Not to disclose your HIV status as long is Technical Safe 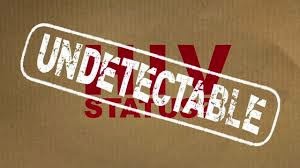 A US guide to planned parenthood says HIV positive people do not have to disclose their status to partners if they choose not to.

The booklet, published by International Planned Parenthood Federation, advises that "young people living with HIV have the right to decide if, when, and how to disclose their HIV status”.

The booklet has raised criticism in those US states where it is a legal requirement to disclose your HIV status to partners, since it seems to be advising people to break the law in this respect. It continues:

“Some countries have laws that say people living with HIV must tell their sexual partner(s) about their status before having sex, even if they use condoms or only engage in sexual activity with a low risk of giving HIV to someone else. These laws violate the rights of people living with HIV by forcing them to disclose or face the possibility of criminal charges.”

In Queensland, it is an offense to “recklessly put someone else at risk of contracting a controlled notifiable condition”.

According to Queensland Positive People, “Given that a person must not “recklessly” transmit HIV, it means that a person does not have to disclose their HIV status as long as they practice safe sex.”

Andrew Shaw
gaynewsnetwork.com.au
Over 5.6 Million Reads Adam Gonzalez at December 31, 2015 No comments: Links to this post

The Criminalization of people with HIV is BIGGER than Known BY AMIRA HASENBUSH & AYAKO MIYASHITA  |  In the current political climate, it’s almost impossible not to think about the criminal justice system – whether it protects and serves, how it helps or harms our communities, and whether justice is being delivered equitably and fairly. These conversations lead to examination of every step of the system – stop and frisk, arrests to convictions, sentencing and re-entry. But what do you do when laws have the specific and stated purpose to target a specific population? In California, there are four such laws that apply to people living with HIV (PLWH). These laws criminalize otherwise legal conduct or increase penalties for criminal offenses based on a person’s HIV-positive status. There has been a growing consensus that laws that single out HIV and treat HIV differently from other communicable diseases add to the already heavy burden of stigma that HIV carries.
HIV criminalization rates both in California and nationally may be much higher than currently estimated, according to data that the Williams Institute obtained from the California Department of Justice. California is generally known as a state that rarely utilizes its HIV criminal laws, and previous estimates identified only a handful of individuals coming into contact with the criminal justice system on the basis of their HIV-positive status. It came as a big surprise when we found that 800 people had been involved in 1,263 HIV-related criminal incidents from the time these laws were passed in 1988 through June 2014.
Across the state, Los Angeles was the largest enforcer of HIV-related criminal laws: 48 percent of HIV-specific criminal incidents occurred in Los Angeles County, while only 37 percent of PLWH in California have lived in the county. Throughout California, 95 percent of those HIV-related criminal incidents were under a state law that makes it a felony to solicit for sex work while HIV-positive – a statute that does not require intent to transmit HIV, actual transmission or even exposure to HIV in order to prosecute. Nearly every incident that led to HIV-specific criminal charges – 389 out of 390 incidents – ended in conviction, and 91 percent of those convicted were sent to prison or jail for an average of over two years.
The biggest revelation was the prosecution rates under these laws.  Across all HIV-related crimes, white men were significantly more likely to be released and not charged whereas black men, black women and white women were significantly less likely to be released and not charged.

These disparities were even starker among individuals assumed to be engaged in sex work under the solicitation while HIV-positive statute. White men were not charged in 70 percent of cases, while all others were not charged in 42 percent of cases.
When we talk about these figures, we are talking about people.  Criminalization in any form can change the course of a person’s life.  But the application of HIV criminal laws is yet another additional burden placed upon individuals living with HIV.  To the degree that these data suggest an unequal application of justice, we must ask ourselves – are these laws fair or are they merely steeped in fear?  Do they protect and serve, help or harm our communities?  Is justice being delivered here?   Our research does not provide us with all the answers to these questions.  But we can say that just like the rest of the criminal justice system, under HIV criminalization laws, certain communities bear more weight of the penal code than others.
—  Amira Hasenbush is the Jim Kepner Law and Policy Fellow and Ayako Miyashita is the Brian Belt HIV Law & Policy Fellow at the Williams Institute at UCLA School of Law.

How Criminal Laws Target People Living with HIV added by Mehmet Ozenki
Over 5.6 Million Reads Adam Gonzalez at December 31, 2015 No comments: Links to this post

Twitter Confusion and Seemingly call to war by ISIS to be Answer by Mormons “Sorry watching Star Wars, etc”


Over the weekend, news emerged that the leader of the Islamic State group, Abu Bakr al-Baghdadi, had released a message to his followers. Delivered through ISIS-aligned social media accounts, the 24-minute audio address served as a rallying cry to Muslims around the world to join the cause and taunted the group's growing number of adversaries heading into 2016.

"Crusaders and Jews don't dare to come on the ground because they were defeated in Iraq and Afghanistan," he said, according to the Telegraph. "Be confident that God will grant victory to those who worship him, and hear the good news that our state is doing well. The more intense the war against it, the purer it becomes and the tougher it gets."

The call to the faithful, however, fell on deaf ears for most Muslims — if the response of Iyad El-Baghdadi's Twitter trolls are to be believed. El-Baghdadi, a prominent human rights activist, was originally mistaken by many online as an ISIS follower or al-Baghdadi himself, after he tweeted a number of the ISIS chief's messages, like this:

Only later did El-Baghdadi have to provide context to inform some members of the media he was not a terrorist leader.

"Perhaps the funniest/weirdest response was when ISIS supporters (I mean real ISIS supporters) were actually offended that I was mistaken for their great leader," he told Mic in an email. "I think that tweet is down coz the account must have been suspended after I brought attention to it."

The response to his tweets of the messages from ISIS was revealing. Rather than take up arms, rather than kill infidels, rather than enslave women, Muslims of Twitter said they had better things to do, like see Star Wars.

It wasn't simply about waging jihad against Kylo Ren or surrendering to Disney's slick marketing. Muslims and other happy trolls of Twitter in general responded with mockery to the Islamic State's call — proving the tweet can be mightier than the sword.

While the Twitter confusion offered an amusing venue for ISIS troll to go to town, the actual terrorist organization is said to be at a critical crossroads even as it had widened its scope of operations to a global level. On the ground, battlefield setbacks like the loss of Ramadi in Iraq and the free Kurdish stronghold of Rojava in northeastern Syria have brought increased pressure to bear. On both sides, the U.S.-backed Syrian Democratic Forces, one of the many regional groups contending for power, is reportedly inching closer to the ISIS capital of Raqqa.

Airstrikes from the United States and Russia have continued to pummel the group, denting oil revenues and even reportedly wounding al-Baghdadi in October.

The year 2016 will likely see the battle continue. With ISIS social media engagement a critical component of the group's operation, effective trolling has never been relevant.
(http://mic.com)

The Call to War:

ISIS leader: This isn't just a new crusade, the entire world has joined forces against us. But don't worry, our state persists and expands.

Aim Amraam @Aim_Amraam
@iyad_elbaghdadi Sorry but I’m watching Star Wars, maybe tomorrow...
Mohsin Arain @MohsinArain91
Sorry mate, I don't want to risk dying before the next Star Wars comes out. https://twitter.com/iyad_elbaghdadi/status/680776223606333440 …
Yasser Almaamoun @YAlmaamoun
@iyad_elbaghdadi in this special occasion, is there any changes in virgin numbers? 72 is so old school.

Yasser Almaamoun @YAlmaamoun
@iyad_elbaghdadi in this special occasion, is there any changes in virgin numbers? 72 is so old school.

Iyad El-Baghdadi @iyad_elbaghdadi
ISIS leader: The West learned the lessons and will not send their own soldiers. Instead they fight us using Shias and apostates.

Truth loader @Truth_Loader
@iyad_elbaghdadi can you give me some details of your health plan #IslamIsTheProblem , and what sort of funeral benefits you offer

Joel @Sliceofdog
@iyad_elbaghdadi Oh, dude, can I join? I'm actually an infidel, but I've nearly finished Fallout 4 so I'm going to have loads of time free

{Sources: Yahoo, Tweeter}
Over 5.6 Million Reads Adam Gonzalez at December 30, 2015 No comments: Links to this post