The answer to the question of the title of this story is easy to answer. Did you get to the right answer?  It is not the royals, the mob, the Clintons nor Obama like Trump would say. It is the high echelons of the Federal Government. No one else has enough power to have this man killed and wipe all evidence of everything clean up. 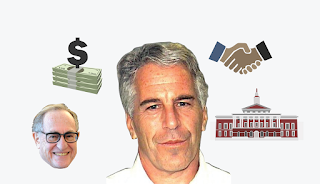 Surveillance video taken outside of the Manhattan jail cell of accused child sex trafficker Jeffrey Epstein during his first suicide attempt was permanently deleted, prosecutors said on Thursday.
The admission, revealed in a court filing, provides another embarrassing glimpse into the failures by staff at the Metropolitan Correctional Center to adhere to the protocol or keep accurate records on the troubled federal detention facility.
The request for the video was made by Epstein's former cellmate, Nicholas Tartaglione, who is awaiting trial on four drug-related killings.
As investigators looked into the unsuccessful July suicide attempt, one theory was that Tartaglione had been involved. But the disgraced former cop's attorney countered that Tartaglione intervened to save Epstein and hoped the video would exonerate him.
After first reporting that the video had been preserved, prosecutors told the court that further investigation shows "the MCC inadvertently preserved video from the wrong tier within the MCC."
As a result, the pertinent video "no longer exists," prosecutors wrote. 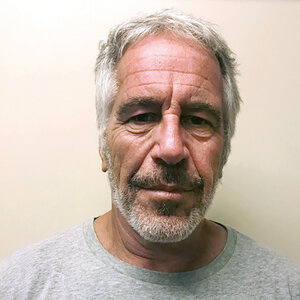 How could such a mistake occur?
Officials explained it was due to a data entry error.
When the prison's legal counsel looked up Epstein's cell number in the MCC computer system to ensure the video would be saved, it showed he was in a different cell and floor than where he was actually housed.
Furthermore, officials did not watch the video at the time in order to ensure it was the correct footage because "an MCC staff member confirmed that the video had been preserved."
However, the latest court documents state, "After reviewing the video, it appeared to the Government that the footage contained on the preserved video was for the correct date and time, but captured a different tier than the one where [Epstein] was located because the preserved video did not show corrections officers responding to any of the cells seen on the video."
Was it the only copy?
According to MCC, there is a backup system in place to store all video from the Special Housing Unit, where Epstein and Tartaglione were being held at the time.
But a review by the FBI found that the video on the backup system was also erased "since at least August 2019 as a result of technical errors."
Conspiracy theories
The wealthy financier, who was facing a decades-long prison sentence if he had been convicted of sexually exploiting and abusing girls as young as 14, killed himself less than a month after the July incident.
By that point, he was kept alone in a cell and was supposed to be under extra supervision, including 30-minute checks.
New York's medical examiner ruled the death of suicide by hanging — a conclusion challenged by Epstein's family and many who believe someone else was responsible for the 66-year-old's death. 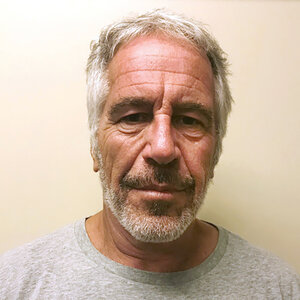 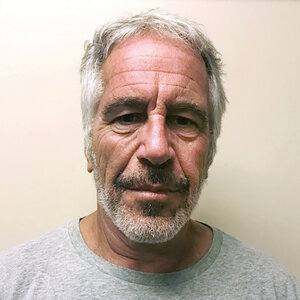 Conspiracy theorists proposed he was murdered to keep Epstein from talking about his connections to elite circles of powerful and influential people, including Prince Andrew and President Trump.
Systemic problems within MCC
In the wake of Epstein's death, two MCC prison officers were charged with fabricating records to show they completed more than 75 mandatory checks on Epstein in the hours before he hanged himself.
Based on available surveillance footage, prosecutors allege Michael Thomas and Tova Noel failed to look in on Epstein for eight hours before he was found unresponsive. Instead, the guards "browsed the Internet for furniture, motorcycle sales, and sports news instead of monitoring Epstein in his cell, some 15 feet away in the Special Housing Unit," according to the indictment.
Union officials representing the Federal Bureau of Prisons officers say beyond Epstein's suicide death, there are systemic problems dealing that have to do with chronic understaffing across federal detention facilities.
"There is a crisis in our agency. Not just in Manhattan, but throughout the Bureau. We are short of staff," Jose Rojas, a union representative, told NPR.
The sex trafficking case against Epstein was formally closed by Judge Richard Berman of the Southern District of New York less than three weeks after his suicide.
Over 5.6 Million Reads Adam Gonzalez at January 11, 2020 No comments: Links to this post

The Secret 90 Minute Epstein Interview to The Times

Jeffrey Epstein, accused sex trafficker and convicted child sex offender, somehow committed suicide despite being in one of the most secure prisons in the nation this past Saturday, according to initial reports. However, shortly before he died, the billionaire perverted man of mystery gave the New York Times an exclusive, secret interview. This meant the NYT wasn't supposed to cite Epstein as the source for whatever he said during the conversation. But, now that he is dead, the paper released brief details of what that conversation looked like.
While in Epstein's lavish NYC townhouse, the self-admitted social pariah told James B. Stewart numerous sordid tales. The NYT writer says as far as he could tell, Epstein had no remorse for his actions. In fact, he even compared the way the public thought of having sex with underage girls, aka child rape, to the way homosexuality was viewed years ago.

via NYT:
...He said that criminalizing sex with teenage girls was a cultural aberration and that at times in history it was perfectly acceptable. He pointed out that homosexuality had long been considered a crime and was still punishable by death in some parts of the world.

Likewise, while sitting in the middle of photos of Epstein with sex scandal-ridden celebrities like president Bill Clinton and Hollywood celebrity Woody Allen, Stewart got the impression that the disgraced "businessman" had mountains of dirt on other ultra-wealthy individuals.
The overriding impression I took away from our roughly 90-minute conversation was that Mr. Epstein knew an astonishing number of rich, famous and powerful people, and had photos to prove it. He also claimed to know a great deal about these people, some of it potentially damaging or embarrassing, including details about their supposed sexual proclivities and recreational drug use.
As Townhall has reported, lurid details of the investigation into Epstein's crimes and subsequent death are starting to leak out. But, the NYT story serves as a good insight into where his mind was shortly before he was arrested. In short, he was deceptive and lacking any kind of guilt. He also claimed to be advising Tesla and Elon Musk, but there isn't any strong evidence that was actually true. Regardless, the full story is well worth the read.
Over 5.6 Million Reads Adam Gonzalez at August 15, 2019 No comments: Links to this post