Believe it or not, Trump for the First Time Found A Conspiracy Theory He Did Not Like But Like Spurs on The wrong foot It was the wrong one to knock down! 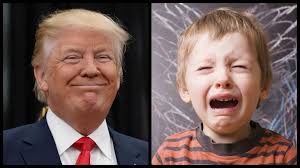 “Are you still a believer in Santa?” Trump asked an unsuspecting 7-year-old, Collman Lloyd, when she called in to the military’s Santa Claus tracker line on Christmas Eve.

“Yes, sir,” replied the child, though she didn’t know what “marginal” meant.

I can imagine the confusion of the young South Carolinian, who had put out sugar cookies and chocolate milk for Santa. ( Mom! Dad! President Trump says I’m margarine!)

President Trump speaks on the phone on Christmas Eve, sharing updates on Santa Claus's movements. (Jacquelyn Martin/AP)
But I can’t imagine what was going through the president’s head. He has entertained notions that Sen. Ted Cruz’s father was involved in the JFK assassination, President Barack Obama’s birth certificate was fake, and that Vince Foster and Antonin Scalia may have been murdered — but he doesn’t believe an elderly man with a long beard lives at the North Pole with his wife and hundreds of elves? Trump has said he believes vaccines cause autism, climate change is a hoax, the “Access Hollywood” recording was doctored, Obama tapped his phone, millions voted illegally for Hillary Clinton, Democrats faked the Puerto Rico hurricane death toll and Muslims celebrated the terrorist attacks of Sept. 11 on New Jersey rooftops — but he can’t accept that a herd of flying reindeer, one with an electric red nose, delivers billions of gifts down the chimneys of all households on Earth on a single night?

The day after disabusing little Collman of her trust in Christmas magic, Trump made a most unusual holiday address. In an unprompted, televised rant about James B. Comey and his other persecutors, Trump delivered ill will to all with the vigor of the Grinch shouting down at Whoville: “It’s a disgrace, what’s happening in our country. But other than that, I wish everybody a very merry Christmas.”

Might this be the beginning of a series of such holiday greetings?

It’s a disgrace, what women are doing to this country. But other than that, I wish everybody a very happy Mother’s Day.

American workers are a disgrace. But other than that, I wish everybody a very happy Labor Day.

It’s a disgrace, what’s happening with our military. But other than that, I wish everybody a happy Veterans Day.

You don’t need Rudolph guiding your sleigh, Mr. President, to find a better course than this. You need to embrace the Santa Claus conspiracy with the passion of Alex Jones discovering false-flag operations.

In 1897, a letter to the New York Sun from 8-year-old Virginia O’Hanlon inquiring about the existence of Santa Claus inspired the famous editorial:

“Yes, Virginia, there is a Santa Claus. He exists as certainly as love and generosity and devotion exist. . . . There is a veil covering the unseen world which not the strongest man, nor even the united strength of all the strongest men that ever lived could tear apart. Only faith, poetry, love, romance, can push aside that curtain and view and picture the supernal beauty and glory beyond. . . . [Santa Claus] lives and lives forever. A thousand years from now, Virginia, nay 10 times 10,000 years from now, he will continue to make glad the heart of childhood.”

Could not the president, whose power comes from convincing his followers to believe in things that do not exist, likewise embrace the Santa conspiracy theory? I suggest an updated version of the story Trump could offer to his loyal supporters:

“Yes, West Virginia, there is a Santa Claus. He worked with an army of little people deep below Comet Ping Pong, a pizza restaurant in Washington. Between 3 million and 5 million of them voted fraudulently in 2016 election.

“But after I threatened to rain fire and fury on Santa’s workshop the likes of which the world has never seen, he gave us a much better deal. He will now export beautiful, clean coal from West Virginia to stockings across the world. Santa, by giving a nod and laying a finger aside of his nose, will replace Obamacare with something cheaper and better. With a wink of his eye and a twist of his head, he will cut the debt in half and make the tax cut pay for itself. He will give a whistle, and Mexico will pay for the wall. Steel jobs will return, Russia will be our friend, North Korea will surrender its nuclear weapons, Germany will pay for NATO, ISIS will disband, everybody will be home for Christmas, and all your Christmases will be white. Yes, West Virginia, and Ohio, and Michigan, there is a Santa Claus.”

By Dana Milbank
Over 5Million Reads Adam Gonzalez at December 27, 2018 No comments: Links to this post

Christmas in Puerto Rico as a Child-Feliz Navidad! 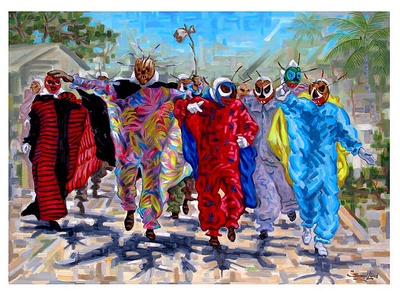 On Christmas eve the neighbors dressed in all kind of outfits representing African gods(singing Christian music) and playing folklore songs in what is called "Alto" (stop) in which they come and sing in front of your house and will continue to sing "Danzas" (Puerto Rican folklore songs) until the owner opens the door and offers either money or drinks and food.

Now you can see what it was a golpe or punch because they will hit you at night after you've gone to bed. Usually, they will be happy with a beer each or a shot of Puerto Rican rum. My father was not a drinker even though I had two brothers that became alcoholics and died after they killed their livers. Neither one of my parents drank. But at Christmas, I was surprised he had something he never had during the past year. My father was kind of tight and to have a box or two of goodies under his bed made no sense to me until one day I decided to explore and open and try what was in those boxes (beer rum and anisette). I didn't like the warm beer and could only sniff the rum but Anissette I liked because it was sweet.
This went so bad for me that getting sick was the best part of the experience or I should day ordeal. 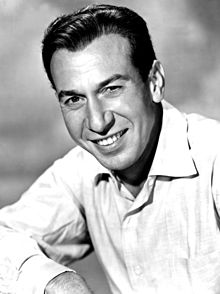 Over 5Million Reads Adam Gonzalez at December 21, 2018 No comments: Links to this post