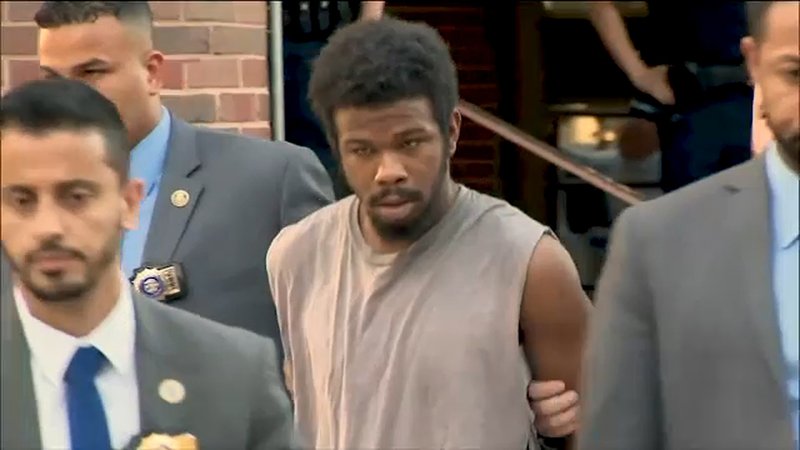 NEW YORK (CBSNewYork) — A man has been arrested for allegedly burning a gay pride flag outside a Harlem bar.
Police said Tuesday that 20-year-old Tyresse Singleton, of Harlem, is facing hate crime and arson charges.
Surveillance footage shows a man intentionally setting fire to a pride flag hanging in front of the Alibi Lounge on Seventh Avenue around 12:30 a.m. Monday.
That wasn’t the first time the popular gay bar’s property had been destroyed.
On May 31, a man was caught on camera setting fire to two pride flags outside the same bar.
Statistics from the NYPD show that while overall crime in the city is down, hate crimes have spiked 64% this year.

A rainbow flag was set on fire at the entrance to a New York City gay bar on Monday — the second such incident at the same club in just over a month.

Alibi Lounge owner Alexi Minko said staff members, alerted by someone on the street, found the flag had been set aflame between 12:20 a.m. and 12:45 a.m. New York City police were already investigating a possible anti-gay bias crime after rainbow flags at the Harlem bar's entrance were torched just after midnight May 31, a day before the start of the city's Pride Month celebrations.

"I have to say that what I find odd was the timing of both events," Minko said. "One was at the beginning of Pride and one was right at the end. One has to wonder if there's a kind of message they're trying to send."

Man who allegedly set fire to 3 black churches faces hate crime charges
The suspect was arrested and is being held on $2 million bails, police said.

Woman beaten to death with a motorized scooter, police say
No injuries were reported in either incident.

Minko told The Associated Press that a staff member also had to remove the rainbow flags from the bar's entrance on July 4 because people on the street "were intentionally setting off firecrackers" at the front door. Besides that, he said, the club hadn't received any other threats during or after Pride Month.

Monday's flag-burning is also being investigated as a possible hate crime and no suspects have yet been identified, a New York City police spokesman said. Minko said staff members didn't catch a glimpse of a potential suspect, but the building's landlord has cameras trained on the bar's front door.

Business at Alibi Lounge, which bills itself as the city's only black-owned gay lounge, is typically slow on Sunday nights, Minko said.

Minko hadn't expected the flag-burning to happen again after police released surveillance video of the suspect in the May 31 incident. Officers regularly surveilled the establishment after that, and had even stopped by Saturday night, he said.

"Second time around, I'm really kind of in shock, I have to admit," Minko said.
Over 5.6 Million Reads Adam Gonzalez at July 09, 2019 No comments: Links to this post