PR Gov. Resigned But Knowing The PR Is A Colony With Criminal President Who Hates it, They are Not his Color, Where Does PR Goes From Here? 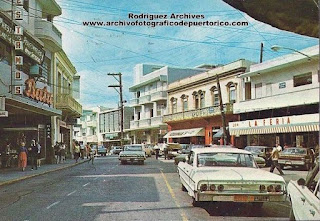 The below story is from Issac Chotiner and originally posted at  The New Yorker. What I printed here is just part of the whole story and invite you to read it. Whether you do or not I appreciate you reading what I posted here. Puerto Rico is a case of the United States imperialism who through lies is been kept the secret with the promised that Puerto Ricans were to change their future and they could choose the present status or opt for independence or statehood. These are all lies and hurricane Maria and criminal Trump showed the Emperor was walking around Washington DC without any clothes. The truth is that PR has been a badly kept colony and is gotten to the point in which people now know what they didn't before. Puerto Ricans are peaceful, happy people in general and if they could take the long road but in peace, they will not go for the short cut. 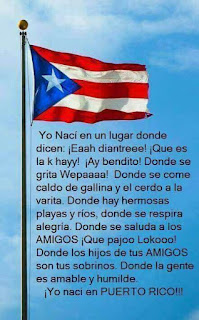 When a deal was made with Puerto Rico's first Governor,  Martín Muñoz Marín and the Eisenhower administration and the Congress of 1957, nowhere was it written or told that Puerto Rico was to remain a colony forever. The first Governor said "This is the first step and in no way it means is permanent. This will give our people the opportunity to put their foot on the ground. Puerto Rico was no longer an agriculture exporting island but now it was being converted with the help of the federal government a factory island exporting pharmaceutical and int heir words supplying Puerto Rico with a way of earning a decent income. My father had acres of land cultivating sure canes and on the season all these men came looking for work and he will hire 10-20 men and a truck or two to have these canes cut load up the truck and take it to the "Central" or sugar mill to be converted into sugar.
My dads land went nowhere but the dismantled all the sugar mills and that was it for the sugar production in Puerto Rico. Dad sold all his acres, originally had 17 and bought a house with a backyard I came to use the toilet in my own house for the first time in my life. No one had to go with me to the latrine because I was horrified of it. The toilet was inside the house. Oh wao what luxury!
The point here is what the government did. It destroyed the agriculture of this rich island to converted into something that only the government in Washington could control at the price it dictated. 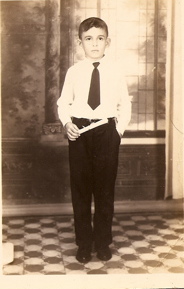 I don't wish to go into the economics of the Island but to stay within the politics of the Island because this provides the roadmap to take. Puerto Ricans are being put against the wall but Puerto Rico won't be the only state in which the US went in and then abandoned it. Yes, there is Irak and the US obtained PR the same way. Puerto Rico was taken from Spain or given by Spain as a price of war. The point is the US took it and made it it's own.  Too far from Spain and a with the kingdom that was on a diet and getting smaller all the time. Not all the Puerto Ricans accepted this and therefore there were a lot of killings from soldiers and cops shooting on Puerto Ricans. There was a couple of rebellions the best-known one is called "El Grito de Lares" in which the "Jibaros" from the mountains, the ones that nobody thought even knew what was going on came down to take over the government. My brother on my father's side and I being a small boy, many years later will say to all of us while we listen to his stories in the Army. He was in Korea and he was brought down to one of the Army Units (Roosevelt Camp). He said the President ordered the Army and the Puerto Rico national Guard to shoot to kill the rebels. He said by the Time he got to Lares in a truck  everything was over except the bodies were littering the town streets and roads. There was no place that bodies were not thrown all about. As a result, he almost lost his mind. He was never was the same. Even though he was a good decent man the baby of my dad and his first wife who was raised by my mom after she married my dad. He was now short tempered and sometimes he said things that people would say he most be crazy. The story about El grito de Lares was not made up because it was well documented then and there were plenty of witnesses and there is plenty of writting about this period of the Puerto Rican life as a property of the US, something we criticize others of doing. Isn't that what China wants of Taiwan and we have even signed a treaty to defend them against China. They deserve liberty and to choose their future. Taiwan can but Puerto Rico cannot. I touched on Irak as we took over them and their government and then abandoned them. That is what a criminal president said he would do and so is keeping his promise. You see the government being corrupt, not all are but when people don't have anything to put their trust own they go for themselves. The worse stealing were people that Trump recommended to Ricky. Imagine the person in charge of education was not even a Puerto Rican. She started doing what they did with agriculture, Closing the schools. Eliminating. More dependence and only for people with money.
Adam Gonzalez

Puerto Rico’s governor, Ricardo Rosselló, resigned on Wednesday night after a profane group chat between Roselló and his top aides was leaked to the press, launching a crisis that left the island’s politics in a state of suspension. The group’s members joked about the deaths of more than three thousand Puerto Ricans in Hurricane Maria, in the fall of 2017 (“Don’t we have some cadavers to feed our crows?”), made misogynistic and homophobic remarks, and insulted their political adversaries. In recent days, two members of Roselló’s government also announced their resignations and the F.B.I. arrested two former cabinet officials for corruption; right now, Wanda Vázquez, the Secretary of Justice, is his most likely replacement. 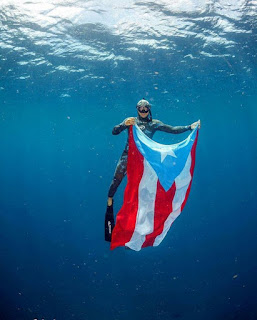 The scandal is a recent one, but the roots of discontent go back much longer. Puerto Ricans have long chafed at the island’s poor governance and commonwealth status. Their concerns, though, became acute during the debt crisis of 2016, which led former President Barack Obama to appoint a federal board to oversee Puerto Rico’s finances, and after Hurricane Maria, which was catastrophically mismanaged by the Trump Administration. The combination of a decade-long recession, an enormous debt burden, austerity measures imposed by the federal board, and an American President with contempt for the island has prompted many Puerto Ricans to contend that they are neither free to govern their own affairs nor granted the respect and dignity of other Americans.
Rosselló’s decision to step down was met with widespread jubilation. But where does Puerto Rico go from here? To talk about this question, I spoke by phone with Yarimar Bonilla, a professor of Puerto Rican studies and anthropology at Hunter College and the Graduate Center of the City University of New York, and the co-editor of the forthcoming anthology “Aftershocks of Disaster: Puerto Rico Before and After the Storm.” She is in Puerto Rico conducting research on the hurricane-recovery effort and has recently been interviewing protesters. During our conversation, which has been edited for length and clarity, we also discussed what has changed in Puerto Rican attitudes during the past several years, the ideological component of the protests, and why the question of sovereignty has been temporarily sidelined.

How much do you view this resignation as a direct result of the chat group leaking, and how much was this about long-festering anger, to the degree that the two can be separated?
I think the chat was the catalyst, and I think, within the context of the chat, a big part of it was corruption, but I think a big part of it was also mocking the dead of [Hurricane] Maria. It is visible in the placards and signs everyone is carrying. The fact that they mocked the dead was really something people could not tolerate after what they had gone through after Maria.

How much was Rosselló a symbol of a discredited élite? Was it important that his father was the governor, too?

I think so, because he represented a political dynasty and old-school politics, in a way, and those who have held onto power. It is important to note that this is a movement led very much by young people, and, for them, he represents the kind of voting processes that their parents engaged in. And for a long time, people here have been saying, “We need to vote differently, we need to vote intelligently.” A lot of the young people that I am talking to say they are not going to vote the way their parents or grandparents did. They also want to get rid of the political class in general, and the political party system.
To what degree have these protests had an ideological character, beyond a rebellion against the system?

Isaac Chotiner is a staff writer at The New Yorker, where he is the principal contributor to Q. & A., a series of timely interviews with major public figures in politics, media, books, business, technology, and more.
Read more »

Over 5Million Reads Adam Gonzalez at July 26, 2019 No comments: Links to this post