7 Years for Gay Bashing Which Included Sodomy and Torture

Nelson Falu, 20, was sentenced to seven years in prison for his role in a

2010 gay-bashing attack. Falu is seen here at 18 years old, in the back of
police car after being charged in the sodomy and torture of two men in the Bronx.

Nelson Falu, 20, was among eight members of the 'Latin King Goonies' that tortured and beat two teenage boys and a 30-year-old man for hours while using anti-gay slurs.

Not enough I would say, people get that with possession of narcotics with intent

A Bronx gang member was sentenced to seven years in prison Friday for his role in a horrific 2010 gay bashing attack. Nelson Falu was among eight members of the "Latin King Goonies" who tortured and beat two teenage boys and a 30-year-old man over the course of several hours in a Bronx home, while using anti-gay slurs.
Prosecutors say the gang members sodomized two of the men with a plunger, chained one to a chair, and used a cigarette lighter to inflict burns.
RELATED: BRONX GANG 'LATIN KING GOONIES' ACCUSED OF SODOMIZING, BEATING UP GAY MAN IN EXTORTION CASE
Falu, 20, and two other participants, took guilty pleas in June.

two teenage boys and a 30-year-old man for hours.

Prosecutor Theresa Gottlieb told Bronx Supreme Court Justice Steven Barrett her office made the plea offer because the victims don't want to relive "the nightmare" on the witness stand.
Falu, who copped to a robbery plea, declined to say anything before his sentencing, and his victims were not in court.
The cases against the other gang members are still pending.

Over 5Million Reads Adam Gonzalez at August 11, 2013 No comments: Links to this post

Gang Members Got Too Chatty at FB and Got Busted 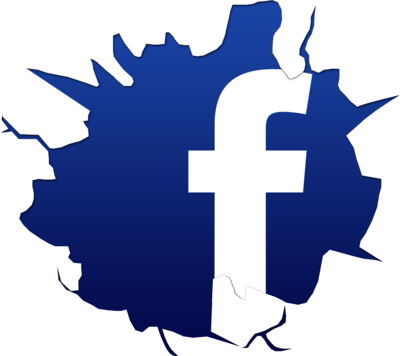 In New York City, police give credit to the social media site for helping them arrest and indict 49 gang members whose shootings terrorized the streets of Brooklyn. These jailed gang members are from two rival gangs, the Rockstarz and the Very Crispy Gangsters, who reportedly moved their street fights online.

Okay, people, we can’t emphasize this enough: don’t post anything dumb on Facebook.
Here’s how it worked: First, police say, they added their foes as Facebook friends. Then they littered their rivals’ walls with jeers and threats. Some even posted photographs they’d taking standing in front of their enemies homes on Facebook, according to the New York Times, as well as bragging about episodes of murder and retaliation. Bad move.

“Because of these individuals’ insatiable desire to brag about what they did, these investigators were able to draw a virtual map of their activities and bring them to justice,” said New York City Police Commissioner Raymond W. Kelly.
According to police, one man posted a photo of himself taking watch and belt of a wounded gang member he had just gunned down. “I can’t give it back,” the caption says. “You can’t walk no more.”
The escalation began after a member of Rockstarz killed one of the Very Crispy Gangsters in 2009, police say. Over the next three years 10 shootings occurred, causing the deaths of three gang members and the injury of one 10-year-old boy, who was hit by a stray bullet while watching cartoons in his apartment.
The majority of these gang members are in their early 20s; the oldest is 23 and youngest under 18. They have been charged with murder, attempted murder and conspiracy.

Over 5Million Reads Adam Gonzalez at September 15, 2012 No comments:

HOOdlum from The Hood

Parts of Jersey like in parts of NYC Have been taken over by punks that just shoot each other and in the shooting you have babies, kids and adults getting fired at.  Like one of them lamanted as he was being pushed in to jail, only the white people have ranges to practice. When you go to a NYCHA building complex or park,  anybody can show you the bullet holes in the cement.
This guy talked about taking down people just because he was in line for a show. Tried to Convince him that hitting people in line on a game or function means people die when you call for a shooting. But this generation of gun believers don’t believe in something they never had and if they had they and he would think it was the flu and that is, the decency and responsibility of being a man. That is facing and Understanding when and when not is one uses violence.  Which is always been self defense and preservation, but Im sure few understand that. The all American Gangster they r not.

(There was a different pic on this post and the original had typos…..The posting draft of this story was submitted instead of the post. IAM sorry for that. The draft had to do with the conversation I had that made me write about this. I intended to write the conversation, but can not because it might have happen with some expectation of privacy. The story needed to be fixed in grammar details and the correct pic approved for publication which it is now)

Photo Credit: Chicago Tribune
So  far in Chicago this weekend,  7 people have been shot, including 17-year-old Jalen Stogner, who was gunned down in front of his mother and younger brothers, 11- and 4-year old, at a laundromat, reports theChicago Tribune.
Stogner was assisting his mother when he exchanged “dirty looks” with another man, leading to an altercation. When the man pulled out his gun, the teen attempted to run, but was shot in the side of his back. According to the Tribune, Stogner’s mother became “frozen” when she saw the weapon and his little brother dropped the detergent in horror.

“Just to see my son lying in that puddle of blood, and I couldn’t do nothing to save him,” said Marla Stogner. “I just called and screaming his name and he just wasn’t responding.”

Over 5Million Reads Adam Gonzalez at September 02, 2012 No comments: Links to this post