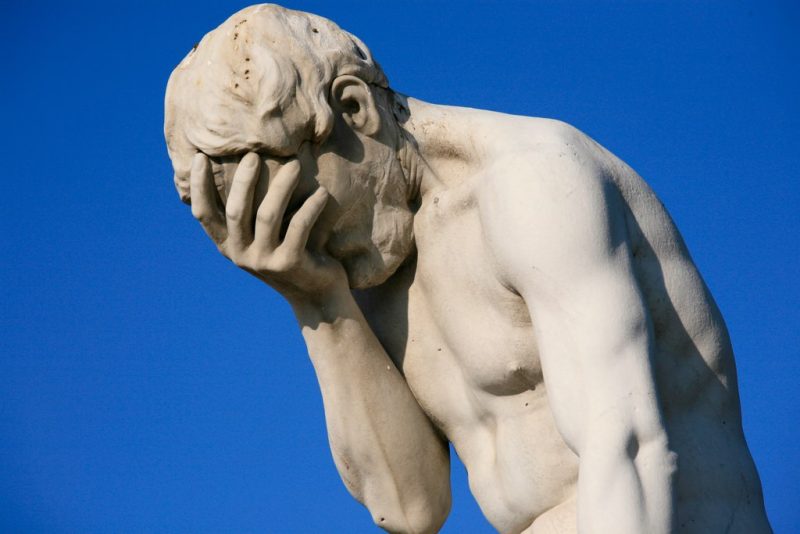 US President Donald Trump's unique brand of historical analysis — whether referring to events that happened yesterday or decades ago — is often understood as part of his post-truth appeal to the political base that supported his 2016 election campaign.
But whoever he was attempting to impress with his now infamously inaccurate take on the 1979 Soviet invasion of Afghanistan at the beginning of the year, the comments went down a stink in the South Asian country.
In 1978, the communist factions Khalq and Parcham, backed by the Soviets, conducted a coup in Afghanistan, assassinated then-president Sardar Daud Khan, and massacred his family.
The country was renamed the Democratic Republic of Afghanistan (DRA). The coup set in motion a cycle of violence from which Afghanistan has arguably never recovered.
Trump, however, had a different take. At a January 2 cabinet meeting he described the invasion as follows:

The statement earned scathing responses from Afghan President Ashraf Ghani, Foreign Minister Salahuddin Rabbani, and former national intelligence chief Rahmatullah Nabil, as well as several informed retorts from Afghan ambassadors.
One of the best of these came from Waheed Omar, the country's Ambassador to Italy, who offered a short history of foreign meddling in Afghanistan via neighboring Pakistan's Inter-Services Intelligence (ISI), an institution that many Afghans blame for the emergence and sustained the presence of the Taliban. 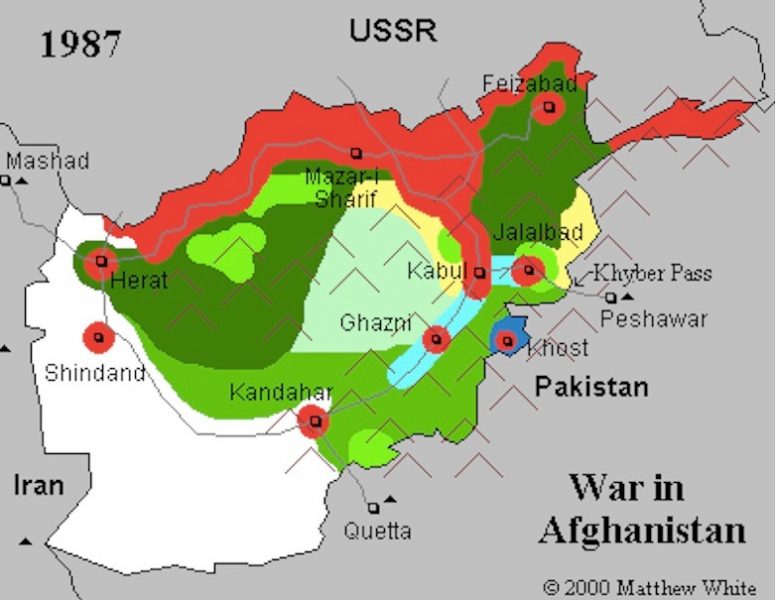 The USSR's Cold War ambitions in Afghanistan set the stage for nearly two decades of internecine fighting and the emergence of the Taliban. Map by Matthew White.

Afghanistan has been invaded repeatedly throughout its history, most recently in 2001 by US-led coalition forces that Trump is now keen to pull out of the country completely.
In an article for Mangal Media, Mohammed Harun Arsalai, co-founder of Documenting Afghanistan, explained why the expansion of Soviet-backed communism into Afghanistan marked perhaps the most cataclysmic of all foreign interventions in the country.

Once these (communist) factions were in control they began summarily killing just about anyone they remotely suspected of being in opposition. Going to the Masjid too often was enough for them. They were also killing each other. The mass, violent repression and extrajudicial killings that the communists were carrying out pushed Islamic groups in Afghanistan into militancy. But it wasn’t until the wanton killings starting in 1978 that the Mujahideen went from being an underground resistance movement to a popular resistance movement.

In December 1979, the Soviet Politburo's inner circle, fearing then-president Hafizullah Amin's potential disloyalty, decided to invade Afghanistan. After a week of heavy fighting, the Soviets killed Amin, took over Afghanistan, and installed Babrak Karmal as the DRA's new Soviet-backed leader. Karmal would eventually resign in 1986, by which point over a million Afghans had been killed and more than six million were estimated displaced by the fighting.
Finally, in 1988, the DRA, USSR, US and Pakistan signed accords to end the war in Afghanistan, and the Soviet troops’ withdrawal began. In 1989 all Soviet troops withdrew from Afghanistan, effectively conceding defeat. 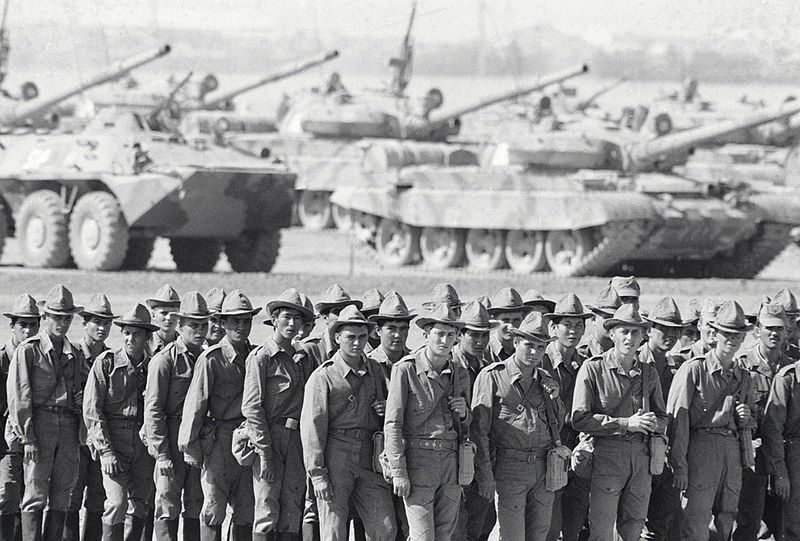 Soviet troops returning home from Afghanistan. Photo from RIAN archive. Featured on Wikimedia Commons.
President Trump's statement, “the reason Russia was in Afghanistan was that terrorists were going into Russia” is simply wrong.
In a 1980 speech, US President Ronald Reagan — a man Trump uses as a benchmark to measure himself against — called the invasion an extremely serious threat to peace, given the threat of further Soviet expansion in Southwest Asia.
Afghanistan's ambassador to Sri Lanka, M. Ashraf Haidari, noted after Trump's comments that “even Russia” would not support his left-field interpretation of the invasion.
The chaos unleashed by the Soviet invasion — and the flow of weapons from both Moscow and the West into the country —  laid the ground for decades of violence and the arrival in power of the Taliban in 1996.


The legacy of the US's own invasion of Afghanistan, meanwhile, is a giant, bleak-looking question mark.
The conflict has become more complicated and intense as the Taliban insurgency grows in strength and fighters nominally loyal to ISIS have ramped up attacks on civilian targets in parallel.
Since airstrikes first began in October 2001, Afghanistan has never been as insecure as it is now.
Eighteen years, trillions of dollars, and thousands of lives later, the US government is now rushing to leave a war that it cannot win, while Trump is blustering bigly.
Over 5Million Reads Adam Gonzalez at January 15, 2019 No comments: Links to this post 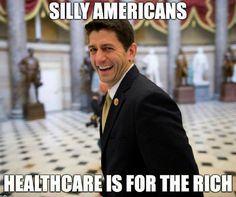 This article by MICHELLE ANDREWS on NPR( National Public Radio) describes how much more it will cost to get less health care to get less of it. It affects the middle class but mostly the people that have the least amount of means to pay more.

Comprehensive health care coverage for more than 800,000 low-income people in New York and Minnesota, who pay a fraction of the typical cost of a marketplace plan, may be in jeopardy after the federal government partially cut funding this year.
The Basic Health Program, in which these consumers are enrolled, was created under the Affordable Care Act to provide another coverage option for people with incomes up to 200 percent of the federal poverty level ($24,280 for an individual in 2018) who would otherwise qualify for subsidized marketplace coverage. Only New York and Minnesota have set up such programs. 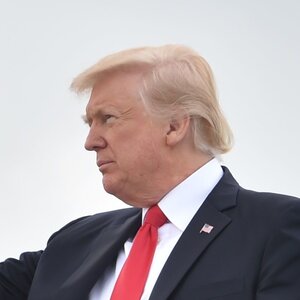 Trump Administration To End Obamacare Subsidies For The Poor

The funding dispute is tied to a high-profile decision by President Trump to stop paying cost-sharing reduction subsidies, which reduce the deductibles and out-of-pocket costs for people in marketplace plans whose incomes are up to 250 percent of the federal poverty level (about $30,000 for one person). Money that would have paid for cost-sharing reduction subsidies also helps fund the Basic Health Program in New York and Minnesota.
These plans must be as comprehensive and affordable as marketplace plans, but for many they're significantly cheaper, with monthly premiums of either zero or $20 in New York and up to $80 in Minnesota, along with a very small or no deductible and nominal copayments.
In November, for example, when May Brown lost her job as a produce repacker — breaking down 40-pound boxes of fruits and vegetables into 10-pound boxes for grocery stores — she also lost her job-based health coverage. On the advice of a friend, the 62-year-old signed up for MinnesotaCare this month. Her $50 monthly premium is about half what she was paying for coverage on the job.

Brown, who lives in St. Paul, says she is pretty healthy. But having this coverage, she says, gives her peace of mind.
"You never know. Life is unpredictable," she says. "I like to have something."
Under the Basic Health Program, the federal government is responsible for paying states 95 percent of the amount it would have paid in premium subsidies and cost-sharing reduction payments on the marketplace for these enrollees.
In December, the Department of Health and Human Services notified the two states it would withhold the cost-sharing reduction portion of the payments — nearly $300 million in the first quarter of 2018, about a quarter of the total amount expected.
Over the course of a year, the amount withheld will exceed $1 billion.
When it cut back on funding of the Basic Health Program, the administration cited its October 2017 decision to eliminate cost-sharing reduction payments to insurers. 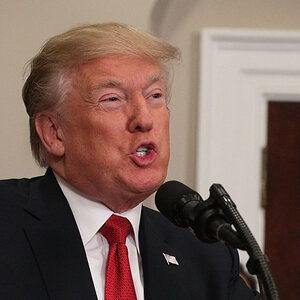 Last month, the attorneys general of the two states filed suit to restore the federal funding.
Noting that New York's Essential Plan covers more than 700,000 low-income New Yorkers, Attorney General Eric Schneiderman said in a press release, "I won't stand by as the federal government continues to renege on its most basic obligations in a transparent attempt to dismantle the Affordable Care Act."
In their lawsuit, Schneiderman and Minnesota Attorney General Lori Swanson arguethat, among other things, the administration's decision to cut off CSR payments is procedurally flawed and violates its obligations under the health law. They want the court to restore the states' Basic Health Program funding.
Regardless of the lawsuit's outcome, officials in both states have offered assurances that the program is safe — for now.
In New York, Gov. Andrew Cuomo's budget included sufficient funds to leave the Basic Health Program intact for this year.
Officials at the Minnesota Department of Human Services released a written statement, maintaining that "people enrolled in MinnesotaCare should feel confident in their coverage, based on current information."
Under the health law, any state can offer coverage under the Basic Health Program. One possible reason New York and Minnesota adopted the program is because they were already covering many in the target population through Medicaid and typically sharing the cost equally with the federal government. Under the Basic Health Program, the state's funding responsibility drops to just 5 percent.
So what happens next year? If federal funding isn't restored, advocates are concerned that costs may rise and coverage shrink.
"It could trigger major changes to the eligibility structure, the benefits or increases in premiums," says Maureen O'Connell, president of Health Access MN, which helps people enroll in marketplace coverage.
Elisabeth Benjamin says she is "really worried" for the program next year if the courts don't order the federal government to start making payments.
Benjamin, the vice president for health initiatives at the Community Service Society of New York, an advocacy group, says there is a snowball effect as states grapple with the delayed approval of Children's Health Insurance Program funding for low-income kids amid continued uncertainty over federal funding for community health centers.
"It's terrifying how much the feds can do, particularly for states like New York that are so reliant on federal funding," Benjamin says.
NPR
Kaiser Health News is an editorially independent news service that is part of the nonpartisan Henry J. Kaiser Family Foundation. Michelle Andrews is on Twitter @mandrews110.

Over 5Million Reads Adam Gonzalez at February 07, 2018 No comments: Links to this post