Portland attorney Lake Perriguey, center, is flanked by other attorneys as he leaves
a hearing last month in the Eugene courtroom of U.S. District Judge Michael McShane.
(Jeff Mapes/The Oregonian)

The legal bill for Oregon taxpayers is starting to come due in Oregon's same-sex marriage case.
Portland attorney Lake Perriguey, who filed the first lawsuit challenging Oregon's ban on gay marriage, filed a motion Tuesday seeking $184,090 in legal fees for work leading up to U.S. District Judge Michael McShane's May 19 decision striking down the state constitutional provision limiting marriageto one man and one woman.
Attorneys involved in another lawsuit involved in the case filed a motion with McShane asking for an extension until July 1 to make their own request for legal fees.
Under a 1976 federal law, prevailing parties in civil rights cases can seek attorney fees to defray their costs. The idea was to encourage legal actions aimed at upholding the civil rights laws.
"Attorneys have to be paid to take on these kinds of cases for plaintiffs who otherwise would not able to afford these actions," said Perriguey, who added that he billed a relatively modest amount given how much work he and his legal team put in.
He said Oregon taxpayers are on the hook because it was the state's voters who enacted Measure 36 in 2004, which limited marriage to one man and one woman.  McShane struck down that provision, ruling that it violated the federal constitutional rights of gay and lesbian couples.
"It was the people of Oregon [who enacted those provisions] and they have to pay now," said Perriguey.
In a memorandum filed with McShane, Perriguey argued:
The results obtained in this case are exceptional and manifold. Plaintiffs' courage to bring this case when they did, despite opposition from many quarters, resulted in the recognition and confirmation of the constitutional rights of all Oregon citizens, regardless of gender and sexual orientation, resulted in the gay and lesbian equality under the law for the first time in Oregon history, and will result in a financial benefit to the State of Oregon. By way of just a couple of examples, a same-gender spouse is now able to access a former spouse's federal social security benefits, bringing federal money into Oregon and reducing the burden on the State. And, thanks to the Windsor decision coupled with the Geiger decision, a surviving same-gender spouse will no longer have to send inheritance taxes out of Oregon and to Washington.
Attorney General Ellen Rosenblum, who joined plaintiffs in seeking to strike down Oregon's prohibition on same-sex marriage, will have an opportunity to weigh in with McShane on whether the claims for legal fees are reasonable.
Perriguey is also seeking reimbursement for $967.50 in filing fees. 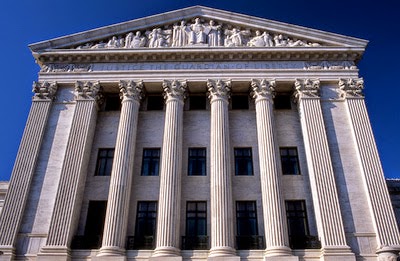 The U.S. Supreme Court on Wednesday refused to block gay marriages in Oregon.
In a terse, one-sentence order, the court rejected a request by the National Organization for Marriage to put on ice the May 19 federal court ruling allowing gays and lesbians to marry in Oregon.
Justice Anthony Kennedy, who rules on emergency cases in the western region of Oregon, referred the issue to the full court, which then declined to get involved in the Oregon case.
The Supreme Court's action removed a potential legal cloud hanging over same-sex marriages and will likely lead advocates of gay marriage to drop a proposed ballot measure on the issue that they had once planned to take to voters in November.
"I think it's a foregone conclusion we'll not be filing those signatures" on an initiative that would affirm the right to same-sex marriage in Oregon, said David Fidanque, executive director of the Oregon chapter of the American Civil Liberties Union.
The ACLU is one of the backers of the initiative and participated in the legal case that led to U.S. District Judge Michael McShane's decision overturning the 2004 constitutional amendment approved by voters that limited marriage to one man and one woman.
John Eastman, chairman and attorney for the National Organization for Marriage, said he thought the procedural hurdles facing his group led the Supreme Court to reject its appeal.
The anti-gay marriage group has been fighting, so far without success, for the right to intervene in the Oregon case.  NOM has argued that it should be able to offer a defense of Oregon's constitutional language banning same-sex marriage because Attorney General Ellen Rosenblum has declined to do so.
Eastman said NOM will continue its effort to get the 9th U.S. Circuit Court of Appeals to intervene.
Check back for updates on this developing story.
— Jeff Mapes
oregonlive.com
Over 5.6 Million Reads Adam Gonzalez at June 05, 2014 No comments: Links to this post