In a new report, Amnesty International details eight instances in which Israeli forces attacked homes in Gaza "without warning", killing "at least 104 civilians including 62 children".
Israel rejected the rights group's findings, saying it produced "no evidence" to back up its claims in what was effectively "a propaganda tool for Hamas".
"The report reveals a pattern of frequent Israeli attacks using large aerial bombs to level civilian homes, sometimes killing 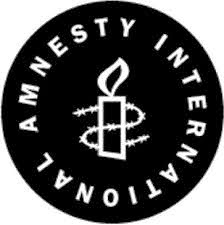 It added that while possible military targets were identified in some cases, "the devastation to civilian lives was clearly disproportionate."
The report charged that when it appeared to have failed to identify "any possible military target" in a Gaza residential building, Israel may have "directly and deliberately targeted civilians or civilian objects, which would constitute war crimes."
"The report exposes a pattern of attacks on civilian homes by Israeli forces which have shown a shocking disregard for the lives of Palestinian civilians."
Philip Luther, Amnesty's director for the Middle East and North Africa said "civilians were given no warning and had no chance to flee," said.
Amnesty said "Palestinian armed groups also committed war crimes, firing thousands of indiscriminate rockets into Israel killing six civilians including one child".
The group said it had to conduct research for the report remotely as Israel denied it and other watchdogs access to Gaza.
Amnesty called on Israel and the Palestinians to "accede to the Rome Statute and grant the ICC (International Criminal Court) the authority to investigate crimes committed in Israel and the Occupied Palestinian Territories".
It also called for cooperation with the UN Human Rights Committee, which last month urged Israel to ensure an independent and impartial investigation to the Gaza war.
Israel said Amnesty had provided "no evidence" to back up its claims, while ignoring "documented war crimes perpetrated by Hamas.
It cited "the use of human shields, as well as ammunition storage and firing at Israeli civilian population centres from within schools, hospitals, mosques and civilian neighbourhoods in Gaza."
A statement from the Israeli foreign ministry said the report "serves as a propaganda tool for Hamas and other terror groups".
It noted Israel was currently carrying out investigations into “90 incidents" during the Gaza campaign.
rte.ie/
Over 5.6 Million Reads Adam Gonzalez at November 05, 2014 No comments:

Email ThisBlogThis!Share to TwitterShare to FacebookShare to Pinterest
Labels: Amnesty, War in Gaza

The Missiles of the summer! Are they running out of missiles?


The following is a transcript of reporters in the field in Israel reporting about US rocket system in Israel. Thanks to those missiles, there have been 0 casualties on the civilian population due to the rockets fired by Hamas. You would think they would stop since they are not killing anybody but to kill or not to kill is not their ploy right now (let me point out that there have been deaths from soldiers but not attributed to the rockets). They want to humiliate Israel and make them do what they are doing, killing hundreds (over one thousand so far) of the Gaza civilian population which Israel is faithfully doing. On top of it, those missiles Israel have are very expensive and they come from the US and guess what? Israel needs more. Eventually the American people are paying for the rockets.

Would the US keep supplying them? No question about it, the house is controlled by republicans which are pro Israel for religious reasons among a few and in the senate the democrats hold a small margin and and the margin is also pro Israel. The last leg of the US system to get money is the presidents signature. If I was the president I will not sign the bill and force Israel to listen to the US and see what they are accomplishing with this war. But Im not the president and the president  will sign the request for more money for missiles.

As I write about the process for Israel to get their missiles, Hamas needs more missiles too. How about if anyone with enough power to make and break deals will approach those nations like Iran, China, Russia through Syria and have them stop also? Only if there is enough world interest and outcry. Im not sure we have reached that point yet. If we see less rockets from Gaza then we know something happened in the corridor of death rocket supply.

And I'm Steve Inskeep. Israel and Hamas are exchanging airstrikes and rockets. And in this part of the program, we'll hear what it is like to be underneath them.

MONTAGNE: We begin with a striking number - zero. That's the number of Israelis known to have been killed by Hamas rockets so far. Israel's military credits a rocket defense system known as the Iron Dome. NPR's Ari Shapiro reports.

UZI RUBIN: I'd say that the traditional military analyst didn't see the reason why deal with defense at all.

SHAPIRO: Uzi Rubin remembers that time well. Back then, he ran Israel's missile defense program. Now retired, he says the old bulls used to tell him the only defense Israel needed was a good offense.

RUBIN: And it wasn't easy to get the budgets and the support at that time. Actually, it was against the wind really.

SHAPIRO: But eventually the budgets came, helped along by the U.S., which gives Israel hundreds of millions of dollars a year for rocket defense. And now virtually every Israeli newscast includes a tally of the number of rockets fired from Gaza and the number intercepted by Iron Dome.

SHAPIRO: We've driven through fields of watermelon and potatoes. We're now on the outskirts of the city of Ashkelon, not far from Gaza. We can see the city buildings on the horizon. And in the middle of this field, at the end of dirt road, there's a military barricade. And behind the barricade, two huge vehicles the size of flatbed trucks with what looks like great, big spotlights pointed at the sky. But these are not spotlights.

PETER LERNER: The Iron Dome has two main outside vantages.

SHAPIRO: That's Israeli military spokesman Peter Lerner came out to this field to tell us about the technology.

LERNER: First, obviously, it saves lives. It intercepts that rocket, which if it wouldn't have been intercepted would strike the heart of the population. The second advantage it gives us - it gives us as a leadership the capability to step back and make coolheaded decisions.

SHAPIRO: Israel's onslaught of Gaza is plenty aggressive - hundreds of airstrikes, civilian deaths and hospitals overflowing with injured Palestinians. But Peter Lerner says if Israelis were being killed in large numbers, people would push for an even more aggressive response - a ground invasion. He says Iron Dome lets the Israeli government breathe.

LERNER: You can make the decision when you feel free to do so, and at your advantage, not because they've drawn you in to this cause-and-effect scenario.

SHAPIRO: We just heard a couple of low booms. And in the sky there are two trails of smoke. And at the end of the trail in the middle of the sky, two white little puffs, almost like tiny clouds.

MICHAEL OREN: So it works.

SHAPIRO: Michael Oren was Israeli ambassador to the U.S. He says these interceptor rockets cost millions of dollars each, so they only fire when the incoming weapon is on a trajectory to hit a populated area.

OREN: One of the ingenious qualities of the Iron Dome is that within a fraction of a second can distinguish between a trajectory that's going to bring a rocket into downtown Be'er Sheva or Ashkelon and a rocket that's going to hit an empty field or fall in the ocean.

SHAPIRO: Iron Dome's critics claim that Israel's military's vastly overstates the technology's effectiveness and that it might only hit its target 5 percent of the time. So I asked former defense official Uzi Rubin if there's any independent way to measure how well it works.

RUBIN: Yes. You can judge it by public information about casualties and damages.

SHAPIRO: Iron Dome was first used in the 2012 conflict. And Rubin says if you compare the number of deaths and damage claims in that conflict to previous ones, there's a dramatic drop. Israel sees this Iron Dome as just the first of several steps. Next up is a technology known as David's Sling. Its goal would be to intercept more advanced and longer-range rockets and cruise missiles. Ari Shapiro, NPR News, Jerusalem.

“What’s up with the 30 Tunnels?” Hamas Planned a Rosh Hashanah Attack on Southern Israel

The following article appeared at Theblaze.com and I have verified this information as true and I am posting the article as it appeared. Also adamfoxie reported yesterday on blame for this outbreak and killings at http://adamfoxie.blogspot.com/2014/08/we-are-no-longer-here-do-you-care-who.html

The Israel Defense Forces have uncovered so far more than 30 tunnels meticulously dug over years by Hamas as a means to infiltrate under the border from Gaza and launch attacks on Israel.
Now, the Israeli newspaper Ma’ariv has reported one brazen and chilling way Hamas had been planning to use its tunnels before Israel began uncovering some of them this week and dismantling them.
Quoting unnamed Israeli security sources, Ma’ariv reported that the plan was to send 200 terrorists through each tunnel simultaneously – using dozens of tunnels – to six Israeli communities in southern Israel for a shocking attack on the Jewish high holiday of Rosh Hashanah which this year begins on September 24.
Once there, the Hamas gunman planned to kill or kidnap as many Israelis as possible and bring the latter back to Gaza with them, again via the tunnels.

The IDF released this photo of one of the Hamas tunnels it uncovered (Image source: IDF)
As of this weekend, six Israeli soldiers have been killed by Palestinian gunmen who snuck into Israel using the underground structures.
The IDF has captured dozens of Hamas fighters in Gaza. The IDF told the Times of Israel that 70 were transferred to Shin Bet facilities for interrogation.
The IDF released this map showing the route of some of the tunnels it uncovered. It many cases, the entrance shafts are hidden in private homes, near mosques and schools in Gaza.

IDF map
This video from the IDF shows vivid aerial views of a tunnel being demolished:
This would not be the first time opponents of Israel have exploited a Jewish holiday. In 1973, Arab armies launched a surprise attack on Israel during the Jewish Day of Atonement, Yom Kippur.
Sharona Schwartz
Over 5.6 Million Reads Adam Gonzalez at August 04, 2014 No comments: