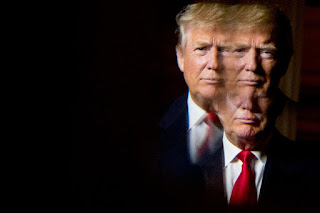 Last week, the European Court of Human Rights ruled that infant Charlie Gard should be taken off life support per the hospital’s recommendations and against his parent’s wishes, but in concordance with previous rulings. Now, for some reason, the Pope and Donald Trump are getting involved.
Born to Chris Gard and Connie Yates in 2016, Charlie Gard was already suffering from brain damage and a rare form of a mitochondrial disease which causes muscles to progressively weaken. His parents opted to keep him on life support, against the recommendation of doctors, and petitioned to bring him to the U.S. for an experimental treatment. CNN reports that an extension on Charlie’s life support ended last Tuesday, when the ruling was made official, though there was no immediate plan made for changing his care.
The Guardian reports that on Sunday evening, the Vatican released a statement about Charlie, who has caught international attention as his parents fight to continue his life, which said that the Pope thinks of Charlie’s parents with “affection and sadness” and that he “prays that their wish to accompany and treat their child until the end isn’t neglected.” This is a shifting message from a position released by the Vatican’s bioethics advisory panel last week, in which they said patients should accept the limits of medicine.
Then on Monday, Trump weighed in, speaking in what reads as the royal “we”:
If we can help little #CharlieGard, as per our friends in the U.K. and the Pope, we would be delighted to do so
The New York Times notes that Trump is “not known to have expressed a view on the matter previously,” but if his buddy the Pope has something to say about it, so does he.
Since launching their case to get Charlie to America, Gard and Yates have raised $1.7 million to pay for the experimental treatments that they believe could help Charlie, who is blind, deaf, and unable to move or breath on his own. Even the specialist in the U.S. agrees that their treatment will not reverse the brain and cellular damage which he has already suffered, even if it has some halting affect on his syndrome. On Friday, Yates released a statement asking for privacy as they prepared to say “the final goodbye to our son Charlie.” On Monday, they posted Trump’s tweet to their Facebook page:
@realDonaldtTump
If we can help little #CharlieGard, as per our friends in the U.K. and the Pope, we would be delighted to do so.


A same-sex Chicago couple will be allowed to marry this week after a federal court ordered that the Cook County clerk immediately issue them a marriage license, officials said.

Vernita Gray and Patricia Ewert will be issued their license seven months before the state’s gay marriage bill goes into effect because one of the women is currently battling terminal cancer, attorneys said.

The court decision was made Monday by U.S. District Judge Thomas Durkin, and County Clerk David Orr said he would comply.

“As a supporter of same-sex marriage, I’m pleased Judge Durkin granted relief to Patricia Ewert and Vernita Gray in this difficult hour,” said Orr in a statement.

“We’re very happy for this ruling for this couple,” said John Knight, a director of the LGBT Project at the ACLU of Illinois. “We understand that this is an incredibly important right for all same-sex couples. If it had not been granted, it would have likely have been unavailable to them. Ms. Gray is simply too ill to wait until June to marry.”
Gray and Ewert filed a lawsuit in District Court on Friday arguing that they should be granted the right to marry before the law formally takes effect in June. The women have been in a committed relationship for more than five years and in 2011 entered into a civil union.
Gray, 64, has lived in Illinois all her life and is suffering from terminal breast cancer. It was her last wish to be formally married to her partner, the couple’s attorney’s said.
“They have had a civil union but marriage is a value that is important to them,” said Camilla Taylor, Marriage Project Director for Lambda Legal, which also represented the couple in court. “To be married here in Illinois where they live is crucial. It’s something Vernita held as a dream for a while.
“There were also tangible benefits that would have been denied them,” Taylor explained. “For example, if they are not married in their civil union and Vernita passed away, Patricia would be forced to pay for an estate tax. A civil union doesn’t exempt you from that.  There are also federal laws that require a valid marriage before someone can access family medical leave.
“There are challenges for couples that seek social security benefits if they are in a civil union but not a marriage including benefits for survivals,” Taylor said. “One of Vernita’s concerns was her ability to take care of pat when she goes. Once they are married, that will make a difference to Pat’s situation financially.”
Gray and Ewert were unavailable for comment on Monday night. But their attorneys said they were thrilled by the decision.
lbowean@tribune.co
m
Over 5.6 Million Reads Adam Gonzalez at November 26, 2013 No comments: Links to this post