Richard Blanco First Latino Gay,Poet Will Be at President’s Inaugural 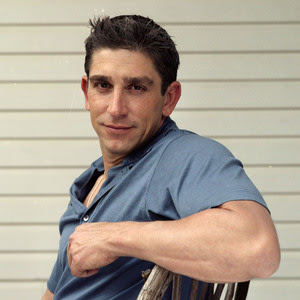 Enlarge image
Poet Richard Blanco is the author of City of a Hundred Fires, Directions to the Beach of the Dead and Looking for The Gulf Motel.
Nico Tucci/Courtesy Richard Blanco
In 1961, Robert Frost became the first poet to read at a U.S. inauguration when he recited "The Gift Outright" at President John F. Kennedy's swearing in. Since then, only three other poets have taken part in subsequent inaugural ceremonies: Maya Angelou, Miller Williams and Elizabeth Alexander. Now, there's a fifth.
The Presidential Inaugural Committee announced Wednesday that this inauguration's poet will be Richard Blanco. At 44, Blanco is the youngest poet, as well as the first Latino and the first openly gay poet to take part in an inaugural ceremony. He joins NPR's Renee Montagne to discuss his plans for the inaugural poem, as well as his own story of coming to America.

On how it feels to be asked to read at the inauguration
"Even though it's been a few weeks since I found out, just thinking about my parents and my grandparents and all the struggles they've been through, and how, you know, here I am, first-generation Cuban-American, and this great honor that has just come to me, and just feeling that sense of just incredible gratitude and love."
On writing the inaugural poem
"I think I started writing it right there in my head [when I got the news]. Images just started coming to me. What's interesting, as I think every inaugural poet has said, it's a very difficult assignment because it is an occasional poem. But luckily, I really sort of have keyed in to the theme of the inauguration, which is Our People, Our Future, and writing about America is a topic that obsesses me in terms of cultural negotiation and my background as a Cuban-American. And so it wasn't a completely unfamiliar topic ... So as a subject I felt somewhat comfortable; but the challenge of it was how to maintain sort of that sense of intimacy and that conversational tone in a poem that obviously has to sort of encompass a whole lot more than just my family and my experience."
On being "made in Cuba, assembled in Spain and imported to the United States"
"My mother ... was seven months pregnant with me when she left Cuba, and at that time, in 1968, since there were no diplomatic relations, everybody had to go through what they called a third country, so we ended up in Spain. Forty-five days later I was born, and a few weeks after that, we got in a plane and immigrated once more to New York City. So by the time I was about 2 or 3 months old, I had figuratively and literally been in three countries, and could probably have claimed citizenship in any one of the three at that moment. And then eventually when I was about 3 or 4 we settled down in Miami. And it's kind of, you know, as I look back on my life, as we all do, you kind of think, 'Is this some kind ... of foreshadowing, of course, of what my work as a poet would be obsessed with?' This whole idea of place and identity and what's home and what's not home, and which is in some ways such an American question that we've been asking since, you know, since [Walt] Whitman, trying to put that finger on America. You know, it makes for a very confusing childhood. Like, most of my family calls me el galleguito, which means the little Galician, and yet we were Cuban, and in my, you know, 5-, 6-year-old mind, I was going, 'What the hell are they talking about?' Not only that, I'm not from Galicia, I was born in Madrid, I'm a madrileño! So, it somehow seems like it was all fated."
On his poem "América" — told in the voice of a 7-year-old girl whose family always serves pork and yucca on Thanksgiving — and how it tackles the complex world he grew up in
"This poem is sort of that angst, and that plea by the 7-year-old child, that we have Thanksgiving the way it's supposed to be:

A week before ThanksgivingI explained to my abuelitaabout the Indians and the Mayflower,how Lincoln set the slaves free;I explained to my parents aboutthe purple mountain's majesty,'one if by land, two if by sea'the cherry tree, the tea party,the amber waves of grain,the 'masses yearning to be free'liberty and justice for all, untilfinally they agreed:this Thanksgiving we would have turkey,as well as pork.
[Read the full poem here]

... That's what I've always had to negotiate. To this day, my mom will make a turkey, but she always has a backup pork roast in the oven, just in case, and for those that don't eat turkey."
On whether or not electing a black president changed America
"The immediate answer is, I think, yes ... [A]s an artist, I don't know if it's something in the air that I definitely feel is different. I do remember that historic moment, and I remember thinking to myself it was one of the proudest moments I ever had as far as being proud of America ... I remember thinking to myself, 'You did it, America!' You know, sometimes I speak to America like that. And my life in America sort of feel[s] a lot more open to possibility, and ... [I'm] sort of dreaming a lot more of who I can be and what I can do. And proof is in the pudding, you know, in the sense of being here, inaugural poet for this momentous occasion and the first Latino. I think that kind of mindset is contagious, and I think it's something many people feel in the air.
Over 5.6 Million Reads Adam Gonzalez at January 09, 2013 No comments: