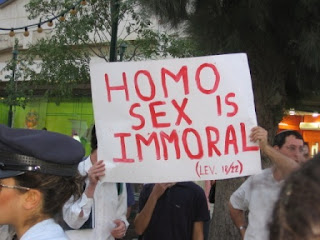 When students returned to the classrooms at King’s High School in Shoreline last week, something was missing.

Several beloved teachers were no longer there. At least five either felt pushed out or voluntarily quit the private, interdenominational Christian school over summer break in protest of an administrative mandate that they perceived as requiring them to disavow same-sex relationships, both on the job and in their personal lives — and they objected to anti-gay language from Jacinta Tegman, the new leader of King’s parent organization, CRISTA Ministries.

In an interview Friday, administrators at CRISTA and King’s said that families had unenrolled two students in response to what they described not as a new but clarified stance.

“This may not be the place for everybody,” Tegman said. “So if it’s not, we just want to make that clear so people can make a good decision whether they want to stay.”

The school’s public-facing materials tread a careful line: While they mostly don’t mention LGBTQ+ issues explicitly, they do make allusions to things like “the historical biblical standards of morality” or state clearly that the ministries believe “the Scriptures of the Old and New Testaments” are “inerrant in their original writings” and “of supreme and final authority.”

Even before the departures over summer, some faculty members had decided to leave King’s amid what they described as a growing tension over how inclusive the school culture should be. Administrators disputed the number of departures — which Tegman said did not register as “earthquake level” — and denied that they asked any teachers to leave, quietly.

Some did sign nondisclosure agreements in order to receive severance pay — a customary practice at King’s, according to Tegman.

A more than $100 million operation, the Shoreline-based CRISTA runs private schools, retirement communities and radio stations in addition to its international relief work. The schools serve more than 1,300 students, from preschool to high-school.

Tegman, who previously fought to repeal a state gay-rights law and led the opposition to same-sex marriage in Washington, took the helm of CRISTA as its president and CEO in January. She centered her first State of CRISTA address on the need for practical and spiritual reform at the organization.

Echoing biblical language, she specifically cited CRISTA’s belief that “sexual intimacy is confined within the marriage of one man and woman,” according to a transcript of her June address.

A month later, head of King’s schools Eric Rasmussen sent an email to families in July to reaffirm the school’s core values and repeated Tegman’s line that sexual expression only occurs within a heterosexual marriage.

That email prompted questions from faculty and staff about whether they could continue to work at King’s if they don’t fully align with the stances discussed in Tegman’s address. Rasmussen noted that faculty sign a doctrinal statement that details CRISTA’s beliefs — including that the scriptures are inerrant and of final authority — in their annual contract. (That document hasn’t changed since 2007, he wrote in a separate email to a teacher who resigned.)

“You can continue to work at King’s if you are a Christian, confirm understanding and alignment with our doctrinal statement and willingly conduct your personal life and professional role of educating our students in a manner that is not in disunity with King’s theological beliefs,” Rasmussen wrote in a follow-up email to all King’s staff in August.

Since then, students and families have started groups on social media to express their support for children who identify with the LGBTQ+ community and to protest the new direction at King’s school as “Anti-LGBT+”. (LGBTQ+ stands for lesbian, gay, bisexual, transgender and queer/questioning, with the + denoting everything along the gender and sexuality spectrum.)

State and federal anti-discrimination laws offer an exemption for religious organizations, many of which hire people only of their faith. In Washington, the state prohibits other employers from discriminating against someone based on their sexual orientation, including gender identity, or their opposition to discriminatory practices.

As to whether individuals can disagree with CRISTA and remain an employee, Tegman said Friday, “My question back is: Can you sign this [doctrinal] statement? This is what the conditions of employment are in a Christian organization.”

Megan Troutman, an English teacher, objected to those conditions and worried that such statements from the leaders of King’s and CRISTA risked hurting students questioning their sexual identity. She ultimately resigned and now has a job teaching English at a high school in Bellevue.

“Working at King’s was an amazing experience,” said Troutman.

“However, I cannot, in good faith or conscience, teach in a place that creates policies that negatively impact an entire section of the student population,” she added. “I could not be complicit in a policy that could harm or ostracize any student.”

Colby Crispeno, 17, agreed. He attended King’s since preschool but eventually decided to leave at the end of his sophomore year after coming out to his family as gay.

Even as he struggled with depression and anxiety at King’s, he found solace in a family friend who taught there. She too left the school over the summer.

“The one reason why I really love King’s is the teachers,” Crispeno said.

Over 5.6 Million Reads Adam Gonzalez at September 10, 2019 No comments: Links to this post


This was not a case of parents no liking this teacher or students or the fculty. A well respected teacher that happened to be gay. So you fix your dogma to be real Christian or you continue to get church laws adopted by bishops and popes (Men) that are now dead. Or you fix it for the ones thayt are live to day and tomorrrosw. You quote your god Jesus Christ and not passages that had nothing to do with Christianity and "going against these" is going againt me. Jchrist

Indianapolis, Indiana—The Indianapolis archbishop has forced a Catholic high school to fire a gay teacher, just days after another school in the city defied a similar order despite church officials saying they would no longer recognize it as Catholic. The contrasting responses by Cathedral High School and Brebeuf Jesuit Preparatory School to orders by the Indianapolis Archdiocese demonstrate they ways LGBT Catholics are experiencing workplace pressure without federal laws ensuring nationwide nondiscrimination protections.

Cathedral High School announced Sunday that it's terminating the teacher's contract to avoid a split with the archdiocese. Leaders of Cathedral High School, a private school affiliated with the Brothers of the Holy Cross religious order, said in a letter on the school's website that disobeying Archbishop Charles Thompson would cost the school its nonprofit status and its ability to have Mass celebrated on campus.

"Archbishop Thompson made it clear that Cathedral's continued employment of a teacher in a public, same-sex marriage would result in our forfeiting our Catholic identity due to our employment of an individual living in contradiction to Catholic teaching on marriage," the school statement said.
This is the third Indianapolis Catholic high school that's faced pressure from Thompson over employees in same-sex marriages since he became archbishop in July 2017. CBS News reported earlier this month that Archdiocesan-operated Indianapolis Roncalli High School has fired or suspended two female guidance counselors in the past year because they're both in same-sex marriages. Both women have filed federal employment discrimination complaints.
Then-Bishop Charles Thompson speaks after he is introduced as the new archbishop of Indianapolis in Indianapolis June 13, 2017.
On Friday, Thompson issued a decree against Brebeuf Jesuit Preparatory School because it employed a teacher in a same-sex marriage. Brebeuf leaders said the teacher was a "longtime valued employee" who didn't teach religion. The archdiocese maintained that it considers all teachers, guidance counselors and school administrators to be ministers who must follow church teaching.

CBS News reported earlier in June a statement from the Very Rev. Brian Paulson, who heads the Midwest Province of Jesuits, who said that "Brebeuf's administration and Board of Trustees have determined that following the Archdiocese's directive would not only violate their informed conscience on this particular matter, but also would set a concerning precedent for future interference in the school's operations and other matters."

Indiana is among about 30 states without state nondiscrimination laws protecting LGBT people, according to the gay-rights group Human Rights Campaign. A federal bill for such nationwide nondiscrimination protections passed the House of Representatives in May but appears doomed in the U.S. Senate because of Republican opposition.

New Ways Ministry, a Maryland-based advocacy group for LGBT Catholics, counts nearly 100 employees at Catholic institutions who've lost jobs because of sexual orientation issues across the country in the past decades.

Cathedral administrators said Sunday that its decision to dismiss a gay teacher was "agonizing" but one that was necessary for the 1,100-student school. Cathedral, like Brebeuf, had been in talks with the archdiocese about the teachers for nearly two years. Neither school has identified the teachers involved

The archdiocese said in a statement Monday that all Catholic schools have been directed to state in employment contracts that all employees must support church teachings.

"This issue is not about sexual orientation; rather, it is about our expectation that all personnel inside a Catholic school — who are ministers of the faith — abide by all Church teachings," the statement said. "If and when a minister of the faith is publicly not doing so, the Church calls us to help the individual strive to live a life in accordance with Catholic teaching."

Brebeuf is operated by the Midwest Province of Jesuits, independently of the archdiocese. Despite Thompson's decree, Brebeuf's principal says it will continue to call itself an "independent Jesuit Catholic school."