Unemployment Rates By State | StartClass
Over 5Million Reads Adam Gonzalez at September 23, 2015 No comments: Links to this post

Email ThisBlogThis!Share to TwitterShare to FacebookShare to Pinterest
Labels: Unemployment 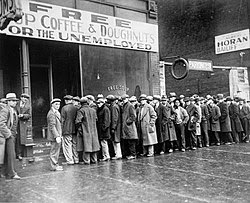 Aren’t the Republicans in Congress nice? They want to end unemployment and they want the  power to erase it  (I said erase not eliminate), so then you erase it from the board. Just like magic!
The thing is that unemployment would be there and inflation would be there. We just wont know what it is.
Ingenious I say! There are so many things I don’t like and I had the power to erase but still I wouldn’t erase it. Why would I erase my bills if they are going to be there? I just wont know what to pay. Everyone has that power, so what good is having a power if you don’t use it. Imagine their next politician running for president he or she wont have to bother with high numbers of unemployment, we would have none.  Now go and tell that to the unemployed and then give them a pen paper and a stamp.
This is what Jim Tankersley posted today on the   Washington Post:
Why do we care that workforce participation is falling? In the column that sparked this feud, Ben Casselman gave us two answers. Both have to do with fear: We fear that the labor market is weaker than we think, and we fear that discouraged workers who left the labor force might, with enough time away, never make their way back into jobs.

Instead of thinking about falling participation as “structural” or “cyclical,” , as Casselman does. Instead let’s think of it as “inevitable” or “not inevitable.”Casselman tells us that the latter fear “may be exaggerated.” He also says, in his latest feud post, that I have outlined no real disagreement with his main points. So here’s a disagreement that’s crystal clear: That fear is not exaggerated. It is under-exaggerated.
The “inevitable” decline in labor force participation is the one America has seen coming for decades – as the great mass of baby boomers begin to retire and mass of new would-be workers coming of age to replace them is smaller. (It also includes the shift in the economy toward more young people pursuing higher education.) If that group were largely responsible for the falling participation, Casselman would be correct. There wouldn’t be much to fear about more weakness in the labor market or the prospect of permanently unemployable people.
But the reality is that right now the “inevitable” group isn’t nearly as big as the “not inevitable” group of people who really would rather be working, if possible.
In a companion post to this feud, economist Heidi Shierholz of the liberal Economic Policy Institute estimates that non-inevitable workforce dropouts represent three-quarters of the decline in participation since the end of the recession. That’s about 4.4 million workers, by her calculations. In a follow-up e-mail, Shierholz draws on historical Labor Department estimates of participation rates given the nation’s demographic trends and calculates that another 3.7 million workers went non-inevitably missing from the labor force in the decade before the recession. That’s 8 million people, if you’re scoring at home.
James Sherk, a policy analyst at the conservative Heritage Foundation, comes to a similar conclusion on a percentage basis. Demographic changes explain about one-fifth of the decline in workforce participation, he calculates. One reason he differs with Casselman is in considering students. Sherk says that part of the participation drop “comes from people in school being unable to find part-time jobs that they would have held down in better times. That is a real decrease in welfare, since it implies higher student debt when they graduate. It also says the part-time/low-skill job market — the types of jobs people typically take to earn money on the side while enrolled full-time — is doing worse than the official unemployment rate suggests.”
Which brings us back to Casselman and the question of what we should really be fearing in this economic environment.
Ben concludes his latest piece by declaring, “All this focus on labor-force participation, whatever its causes and consequences, is a distraction from the far more pressing threat of high joblessness.” No, it’s the opposite. By ignoring the vanishing workforce for the last 10 years or so, policymakers underestimated the weakness of the American economy. Even before the Great Recession hit, the 2000s were on pace to be the most anemic decade for job creation in the history of Labor Department record-keeping — the absolute worst. You didn’t read much about that at the time because, thanks to declining participation, the unemployment rate stayed low.
My fear is that, by misreading the trends in labor force participation now, policymakers might feel a false sense of security about the state of American job creation. We don’t know why nearly 4 million workers vanished before the recession; why would we assume that the 4 million who left after the recession will eventually return?
In a paper released this month by the Federal Reserve Bank of Boston, economists Christopher J. Erceg and Andrew T. Levin size up the role of demographics and other factors on workforce participation and conclude that non-inevitable dropouts (my phrase, not theirs) are the bulk of the problem. Then they explain what that means for the Fed. “The monetary rules developed for the Great Moderation period may have to be adapted to account for broader measures of slack,” they write.
Translation: Monetary policy might need to be even more aggressive to speed up growth than it already is. Further translation: This debate isn’t a distraction. For a lot of workers – and for future economic growth – it’s a big part of the ballgame.
Over 5Million Reads Adam Gonzalez at May 01, 2013 No comments: Links to this post

Who Can We Blame For America’s Poverty Problem?


Therre is more than one type of unemployed person.

The ones that can't work when there aren't jobs

When the U.S. adopted welfare reform in the 1990s, it did so on the following assumption:
Some kind of work is available to virtually everybody who wants it.
Maybe the work is poorly paid. Fine. Take the job anyway, and the government will top up your wages with an Earned Income Tax Credit.
By the late 1990s, we were discovering the limits of welfare reform. Because of substance abuse, mental health issues, disability, and cognitive impairments, some people were not going to participate in even the tightest labor market since the mid-1960s.
What to do about this hard core of unemployables? Should the government intervene more directly in their lives? Might churches and religious groups do better? If so, could and should government support them?
The poverty problem of the 2010s looks like the poverty problem of the 1930s.
These were the poverty policy debates of a dozen years ago. Today, poverty is no longer a problem reserved only for the hardcore.
The collapse of the American job market has pushed the poverty rate to the highest level since 1993 — back before welfare reform was even enacted. The poverty rate touched bottom in the year 2000 at 11.3 percent. It has now surpassed 15.1 percent. More than 46 million Americans now count as poor, including more than one in four black Americans and more than one in four Hispanics.
This recessionary surge in poverty is driven by one old-fashioned fact: Joblessness.
These new poor may be less educated, less skilled, less motivated, less who-knows-what than the non-poor. But the fact remains: So long as the U.S. economy functioned more or less normally, they were able to hold their lives together enough to emerge from poverty. When the economy failed, so did they.
You sometimes hear it said that all an American needs to do to avoid poverty is (a) finish high school, (b) refrain from having a child before marriage, and (c) get a job.
That's a valid description, but it's not very useful advice during the worst jobs crisis since World War II. How are they supposed to get that job in the first place?
There was a time when the challenge of persistent poverty could be usefully separated from the larger problems of the economy. I miss that time! But the poverty problem of the 2010s looks again like the poverty problem of the 1930s: A problem not inherent in the personal qualities of the poor themselves, but in the same failings of economic management that have battered almost all Americans except for a very fortunate few.

Over 5Million Reads Adam Gonzalez at August 26, 2012 No comments: Links to this post