When no wanted want to talk about AIDS, Elizabeth Taylor was there, using her money, her resources and her Hollywood connections to speak out on behalf of people affected by the epidemic. Today, her family continues her legacy through the Elizabeth Taylor AIDS Foundation.
On this morning’s episode of The View, four of Taylor’s grandchildren presented the Elizabeth Taylor Legacy Award to co-host Whoopi Goldberg, another celebrity who spoke out when no one else would.
“I was in Berkeley and San Francisco, where we had friends—performers, dancers, writers, designers—who suddenly got sick,” she recalled. “And sick in a way that hospitals were dumping them on the streets.”

Below, watch Quinn Tivey and Whoopi both get emotional as he presents her with the award—and reveals that the foundation has just secured $4 million in funding to help people with AIDS in Malawi.  “I think it’s important to continue and expand upon the work of those who went before us,” Tivey said in 2013.
“Our generation did not start the fight, did not institute the level of awareness, support, and research that exists today, but it is our responsibility to continue it. Awareness is crucial for support, research, and also for making smart choices, such as having safe sex.”


Dan Avery
Editor in Chief of NewNowNext. Comic book enthusiast. Bounder and cad.
@ItsDanAvery
New Now Next
Over 5Million Reads Adam Gonzalez at December 02, 2016 No comments: Links to this post

Presidential hopeful Bernie Sanders once again indefinitely postponed a May meeting with HIV/AIDS leaders, leaving them feeling “burned by the Bern,” as advocate Michael Rajner put it to MSNBC journalist Joy-Ann Reid in the news segment above.
The same thoughts were expressed in a press release by Housing Works, which advocates for the dual crises of HIV and homelessness.
In mid-March, 70 HIV/AIDS advocates sent a letter to the presidential candidates outlining priorities they’d like to see addressed to end the U.S. and global HIV/AIDS epidemic. The outreach resulted in scheduled meetings. An hour-long session with Hillary Clinton is scheduled for Thursday, May 12 in New York. Sanders’s meeting was originally planned for May 3 in Indianapolis; according to the press release, his campaign has not proposed a new date or city.
“This is incredibly disappointing,” said Housing Works president and CEO Charles King in the press release. “I have been a supporter of Bernie Sanders and was proud to vote for him in the New York primary. It is disheartening to see the ‘revolutionary’ candidate who claims to value grassroots organizing and visionary politics not make time in his schedule to meet with us. He is supposed to be the guy who walks the walk, but all we’ve heard the past six weeks is talk—and fairly tepid, reactive talk at that.”
Rajner said that Sanders’s postponement sends “a chilling message,” especially in light of the fact that Donald Trump’s campaign has said it wants to sit down with the AIDS leaders.
BREAKING NEWS: The Sanders campaign has updated its HIV/AIDS platform to include “a national goal of ending the HIV epidemic in the U.S. by the year 2025 so that HIV is no longer a public health threat to any community in the U.S. and that people with HIV are able to live long, healthy lives.”
In addition, the statement promises that “Bernie will also appoint people living with HIV, community and public health experts and government officials to the HIV/AIDS Task Force to develop specific recommendations on how to successfully accomplish this goal.”

Poz.com
Over 5Million Reads Adam Gonzalez at May 12, 2016 No comments: Links to this post 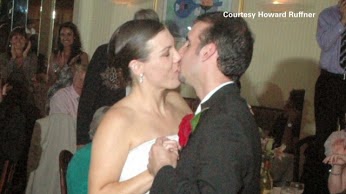