By Gwen Aviles
A 61-year-old woman serving as the gestational surrogate for her son and his husband gave birth to her own granddaughter last week.
The woman, Cecile Eledge, delivered the nearly 6-pound baby, Uma Louise Dougherty-Eledge, at the Nebraska Medical Center in Omaha at 6:06 a.m. last Monday.
After her son, Matthew Eledge, and his husband, Elliot Dougherty, decided to expand their family, Dougherty’s sister, Lea Yribe, offered to donate her eggs. The couple planned to find another surrogate to deliver the child, but they found the process confusing and weren’t completely confident about navigating in vitro fertilization as gay men.

“Nebraska is a bit more conservative, and we were hesitant to go into agencies, and had a bit of fear that maybe some things would hold us back being a gay couple,” Matthew Eledge said.
That’s when Cecile offered to be the couple’s gestational carrier.
“I just never hesitated,” she said. “I was just so excited to be able to be part of this adventure with them. … It was just unconditional love.” At first, her son was skeptical. Was a 61-year-old woman in a position to deliver a baby?
“I put my foot in my mouth,” Matthew Eledge recalled. “I told her, ‘Mom, you’re postmenopausal. … You can’t do that, right?’”
But according to doctors, she could. After they gave her a clean bill of health and the go-ahead, the whole family prepared for the pregnancy.
“It was really exciting to know that my mom and dad and whole ancestry and family lineage were going to be a part of her,” Dougherty said of his baby daughter.

Dougherty lost his own mother recently, but he’s found comfort in seeing how much Uma resembles his family.
“I was feeding her, and it was early, and she wasn't eating very fast, and I just looked at her face, and I saw my mom's face there,” Dougherty said. “In a way, it just felt like I was taking care of my sweet mom.”
Dougherty and Matthew Eledge said they anticipate difficult conversations and narrow-minded reactions over Uma’s unconventional birth story, but the couple is prepared to explain the circumstances to Uma when she gets older.
“I’ll tell her Aunt Lea gave a piece of her,” Matthew Eledge said. “She gave a seed to start the gift of life, and her grandmother provided the loving garden for her to bloom, and I think that’s gorgeous.”
NBC News
Over 5.6 Million Reads Adam Gonzalez at April 03, 2019 No comments: Links to this post

Several thousand people demonstrated in Tel Aviv on Saturday night against a looming bill on surrogacy that, if passed, would exclude gay couples.

The bill, which is expected to pass into law in its final readings at the Knesset on Monday, updates current legislation that only grants state-supported surrogacy for married heterosexual couples, by expanding the eligibility to single women.

But it still leaves out gay couples.

Hen Arieli, the chairman of the LGBTQ Association opened her speech with a message to the South, at the end of a day in which Gaza border communities had been pounded by projectiles from Gaza.
“Our heart is with our LGBTQ sisters and brothers in the Gaza perimeter and in the IDF,” she said. “We are holding the demonstration to make our voices heard because the discrimination applies equally to all of us, and now that they are carrying the security burden, it is our duty to bear the burden of protest and struggle for them.”

“According to the prime minister’s fluent English we are in an LGBTQ paradise, but in reality, our lives do not allow us to marry, we are not allowed to have children, and if we have already succeeded, we are overwhelmed by unnecessary difficulties. There is a limit to how much ‘no’ we can hear and we will not remain silent until the discrimination ends,” Arieli added.

Oded Fried, the LGBTQ community’s representative in the Knesset, said: “If there was a law that states that only women born in Israel can be mothers or a law that couples of settlers are forbidden to establish a family, no one would remain silent and hide behind excuses like coalition discipline. Whoever votes in favor of the surrogacy law this week – this is a vote against us. And we will not sit quietly while legislators make laws against us and trample on our basic rights."


A surrogate mother has lost custody of her child after a court ruled he would be better placed with the gay couple who arranged for her to have the baby.
A senior judge said that the child's "identity needs as a child of gay intended parents" would be better fulfilled if he lived with the couple.
The woman signed a surrogacy agreement with the men, who she had she met online and traveled to Cyprus in September 2015 to have an embryo transferred.
But the two families fell out and the woman and her husband changed their minds about giving the child up.
She did not tell the men about the birth for more than a week after it took place last April.
The male same-sex partners began legal proceedings and last year a High Court judge ruled that the child, now 18 months old, should live with them.
The decision came to light after the surrogate mother and father appealed and a new judgment was published on Friday. None of the people involved can be named.
Court of Appeal judges ruled that the original decision to give custody to the gay couple with limited contact six times a year with the surrogate mother and father was correct.
Lord Justice McFarlane said that while surrogacy arrangements had no legal standing, the child's genetic relationships and welfare were the most important factors for deciding where he or she should live.
While the legal mother and father had the right "to change their minds" this did not necessarily mean that they had the right to keep the child, he said.
The child was conceived using sperm from one of the men and an egg from a Spanish donor, meaning one of the gay couple is a genetic relative of the child, but the birth mother and father are not.
Despite this they remain the child's legal mother and father, because no adoption or parental order has been made.
In the original ruling High Court judge Mrs Justice Theis had decided that "H's identity needs as a child of gay intended parents would be best met by living with a genetic parent".
Lord Justice McFarlane said the judge had been "critical of [the birth parents] for the way in which they had behaved in the later stages of the pregnancy and immediately after H's birth.
"She described them as having embarked on a deliberate and calculated course of conduct and as having continued to put obstacles in the way of [the same-sex couple] in seeking to establish a relationship with [the child].
"She referred to them as being rigid, taking a position and sticking to it, and as having little or no capacity to resolve disputes or negotiate their way through difficulties."
She also found that the birth parents were "less able to look at matters from the child's point of view".
However, the Court of Appeal also criticised the gay couple for "unwisely and unaccountably" generating publicity about the case, and made an order preventing them from speaking to the press.
The judge added that the case "demonstrates the risks involved when parties reach an agreement to conceive a child which, if it goes wrong, can cause huge distress to all concerned".
Lord Justice McFarlane said the subject is being examined by the Law Commission which could reform the law to create a proper legal basis for surrogacy agreements.
The case follows another ruling made in 2015 where Justice Alison Russell said that a mother who had a baby for a gay couple and then refused them access had to hand the child over as she had entered into an informal surrogacy arrangement with them.
That ruling led to calls for the law to be reformed.

Over 5.6 Million Reads Adam Gonzalez at November 19, 2017 No comments: Links to this post 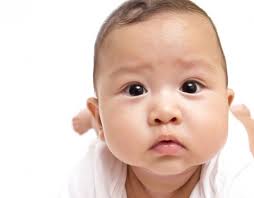 The amendment to the Surrogacy Law (Law Concerning Agreements to Carry Embryos), which was approved by the government on Sunday, June 1, with a large majority, is more than just an important landmark in Israel’s gay revolution.


http://www.al-monitor.com
by Mazal Mualemedited adamfoxie blog
Over 5.6 Million Reads Adam Gonzalez at June 03, 2014 No comments: Links to this post