Aspiring Pastor Kills New Wife While She Slept, Says He Does Not Remembers

A 28-year-old North Carolina man is facing a murder charge after allegedly stabbing his wife in bed — but the newlywed claims he doesn’t remember carrying out the alleged crime because he might have done it in his sleep, PEOPLE confirms.
Matthew Phelps, of Raleigh, called police distraught early Friday morning, declaring that his wife, Lauren, was dead on their bedroom floor covered in blood.


“I had a dream and then I turned on the lights and she’s dead on the floor,” he says in a 911 call obtained by PEOPLE. “I have blood all over me and there’s a bloody knife on the bed and I think I did it. I can’t believe this.”
He told the dispatcher through tears that his wife wasn’t breathing and that he was afraid to get close to her — “I’m so scared,” he said.
Phelps is charged with murder and is being held at Wake County Detention Center without bail, a jail spokesperson tells PEOPLE. As police work to determine the circumstances around Lauren’s death, Phelps suggested during the 911 call that cold medicine he took the night before might have led to his alleged actions.


“I took more medicine than I should have,” he said. “I took Coricidin Cough and Cold because I know it can make you feel good. A lot of times I can’t sleep at night. So, I took some.”
He added: “Oh my God. She didn’t deserve this.”
Phelps and Lauren had been married for less than a year, ABC News reports. Both of their apparent Facebook pages are filled with wedding photos of the young couple along with pictures that show their shared love for Star Wars.
Phelps’ account shows that he studied missions and evangelism at Clear Creek Baptist Bible College. Lauren was a Sunday school teacher and Phelps was studying to be a pastor, a friend told ABC.

Now, in the wake of the killing, a You Caring fundraiser has been set up for Lauren’s grieving family. Meanwhile, those who knew Lauren shared memories of the young woman on her Facebook page.

“I am in disbelief. She was one of the purest souls one could ever meet,” one person wrote. “Her kind heart and sweet nature are an extremely rare find. She was a great friend to anyone lucky enough to call her one.”
BY CHAR ADAMS
People Magazine
Over 5.6 Million Reads Adam Gonzalez at September 05, 2017 No comments:

Love in a Small Town Hurts so Good 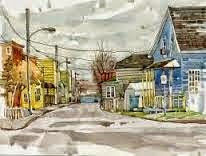 We know that when the picking is poor like in a small town, then if you want to have a partner in a place where the pickings are not good you settle.  You see some good looking guy, hard working family man with the ugliest woman one would have the misfortune to see. Talk about a double bagger  here, with buck teeth and all. Still she is got a hell of a good catch. How in heavens did it happens?

The reasons are simple for this.  He wanted to have a family or leave home so he got what he got. The same goes for the girl. Being that Im a guy I can see a guys view point better but there is no difference between the two sexes unless she decides to go to college and meet a guy there. For a guy is more difficult because he is seen as the supporting part. Sometimes even before he’s finished High School he needs to go to work to help his family if they are poor or if there is a missing parent or too many siblings.

If the guy is gay, chances are that he went to college and moved to a bigger town but not all can do that. There will be some male gays coming from poor families that have to do the same as the straight part, settle and for the gay guy the pickings are even less in quantity and quality based on the laws of percentages.

Ok so we know we can’t get Mr. Right in a small town unless one has certain benefits such as higher education, well off parents, friends in other cities. But all of those things are the exception not the rule. You get Mr. Right by the pickings. If you are lucky he bad looking but good in bed and a good partner. If you picked wrong then you are in a hole. Ugly, bad in bed and also abusive? Keep reading I have better news.

Mr. Right in the City

So what happens to those that migrated to the big cities? The same thing that happens to the inhabitants of the large cities, there is no Mr. Right there either. We all dance in our own circles like a mechanical Duracell operated dancing monkey would. We pick from what is around us even with the internet that connect to us to people on the opposite coast or ocean. That makes no difference until the time of Star-trek catches up with our technology. Being that people cannot be transported from one city to the other it doesn’t matter how many good looking and seemingly good guys you have as friends. The harsh truth is that you will settle if you don’t want to be alone. Ask a single guy in their 40-70 age range how come they are still single (even if they’ve had past long relationships)? They will tell you is better to live alone than with the wrong guy.

If you take time using the internet and social media and go checking couples that you know or just couples that might go to the same circles as you go. Even the “singles looking for another”. What is a couple of half a couple doing there? How come you get the announcement of ‘engagement’ followed by loving, kissing pics of the couples that met but now they have found each other. Thats’ just great! But how come they are still coming back if they found what they were looking for?

I find that behavior comical, that an internet with so much to offer to couples, like reinforcement or how to work thru problems, gardening, parachuting while kissing, there is so much but they can’t break the cord, they need to stay known and see what else is there to compare how they did. They can’t break the cord because they are not sure of their pickings. If this one does not works out, well nobody likes to start all over from scratch.

Picking is different than Choosing

I realized I have concentrated a lot on differences on the physical criteria. The reason for that is that you can’t see what is in people’s mind but you can see and read what the minds do. It is very possible to learn from the partner one picks When someone picks a partner that is only good in bed is not going to work out. However if one chooses a partner that help us dealing with our own lives and troubles even if you have to close your eyes and think about the studs on the shelves of porno you both share when having sex. Those relationships tend to last and thus my point of we don’t find Mr. Right as a rule but we settle for pickings, a Mr.Right.

Actually the more I write the more  certain Iam the tittle of this article should have been instead of “Love in small town hurts so good” it should be ‘Love anywhere hurts so good.’ If you not prepared for hurting you did a good thing to be 6o and still single. If you have survived your life at 50 and become single or have been single for a long time then you don’t need anyone to help you with your life or complete you. You have the freedom of being at a buffet, you can watch, smell and even pick and put in your plate but you don’t have to put it inside of you. If you have always been single you have a problem my friend, one needs to taste the food and only when one gets sick from the food one stays away, not eating at all makes you an expert on what you learnt in school, or read or watch on TV and nothing else because you never experienced love you are a puzzle missing a piece, a damaged game.

They were born in a small town;
Their parents lived in the same small town;They played it safe in that small town,And that’s prob’ly why we settle easily.

They were born in the big city.
They look, they touch, they had so much.
Too many pickings too little time
and that’s  probably why we settled easily.

"Mr. Good Enough may be the ticket to evolutionary advantage”. (Nadine Ravner)