The Mafia? Still here just with a different Outfit!

Last April, in a packed federal courtroom, all eyes were on one unremarkable-looking dark-haired man. More than 90 men and women had already been convicted via plea deals, among them Stomper, Thick Neck, Gunner and Menace. But the fearsome Hollywood Mike, who also goes by the classic nickname Capone, had decided to face a jury. For years he’d been terrorizing California businesses. Charges included racketeering conspiracy, extortion, bank fraud and aggravated identity theft. Ultimately he was sentenced to more than three decades in prison after getting entangled in an operation to steal roughly $6 million from customers … who patronized 99 Cents Only Stores.
This gangster was part of a growing international crime group that’s been called California’s Modern Mafia. And what’s more American than a gangster called Capone? Except this group isn’t Italian — it’s Armenian.
Move over, Sicily: Here comes Armenia, West Africa and Russia. Despite reality TV shows like Growing Up Gotti and Mob Wives, which have continued to immortalize the old-school Italian mob scene in and around New York, organized crime as America once knew it has gone the way of revolvers and Caddies. “It’s over for the Italians,” says Robert Lombardo, a criminology professor at Loyola University Chicago. Sure, the Big Five — Lucchese, Genovese, Gambino, Colombo and Bonanno — are still around, but their numbers have dwindled over the years to a fraction of what they once were. And with the decimation of traditional mafias, a whole new type of organized crime, both racially and tactically, has infiltrated the illicit landscape. “There’s been a restructuring,” Lombardo says.
That restructuring is multifaceted. For starters, criminal allegiances are becoming less family-centric. In a curious consequence of globalization, they’re also blurring once-indelible ethnic lines — Armenian Power, for instance, is known for working with both Russians and Mexicans. And heists can now function much like pop-up shops. The Russian Bratva might partner with a Somali gang for a specific criminal project, usually online, and then disband until their next undertaking. “There’s been a blending,” says Neil Mathison, an agent with the FBI. What used to be a hierarchal family framework, Mathison says, is now more cellular — mini cells emerge and then recede in a similar way to how terrorist groups operate.
It used to be that racketeering busts involved allegations of extortion and loan-sharking. In 2015, it’s less street-level lawlessness and more white-collar scheming. Medicare and tax fraud are among the biggest trends, Mathison says; just this spring, organized crime groups are alleged to have siphoned $50 million from the IRS in phony tax returns. In crime, as in business, the bottom line is money, and whoever is the most innovative with strategy is the one who profits most — and, in these cases, eludes capture. The dearth of hand-to-hand interactions makes the mafia crimes of today much harder to track. That’s not to say drug trafficking and human smuggling aren’t still rampant, but they’ve become more the trade of transnational cartels and neighborhood street gangs — and less so the domain of so-called homegrown mafias.
It’s been a slow, and perhaps inevitable, breakdown of the iconic American mob family, which over the decades has become woven into the country’s fabric of popular culture. (Who doesn’t miss The Sopranos?) Sure, the rise and subsequent fall had to do with stepped-up prosecutions, but it’s also linked to the socioeconomic ascension of immigrant populations. In many ways, marginalized, first-generation Italians had limited means of making a living and supporting their families. Thus, they turned to crime — and, as everyone knows, they were good at it. But the children and grandchildren of yesterday’s mobsters have long moved out of old hoods to the suburbs, and are now going to college to become doctors and, well, lawyers. Armenians, on the other hand, arrived in Hollywood just a few decades ago.
So who are the future Gottis? We surveyed the experts — both current and retired FBI agents, criminologists and prosecutors — to pinpoint some of the organized ethnic outfits who are making names for themselves in America. Who knows, maybe one might even end up on a new reality TV show.

This Southern California group isn’t well known off the coast, but it’s certainly caught the attention of law enforcement. Over three decades, it’s quietly grown to more than 250 members with international ties who run sophisticated fraud schemes, like the one that put Hollywood Mike behind bars.
Armenian Power got its start in the 1980s in East Hollywood. Teenage immigrants banded together to survive the lethal streets, which were regulated by other ethnic gangs. But soon enough the Eurasians had formed bonds with several of their rivals to expand its criminal reach. In 2011, an assistant attorney general was quoted in an FBI press release noting, “The common denominator … is their willingness to commit any crime for profit, and to use any means of violence and intimidation to further their goals.”

Africa is an expansive continent, of course, and its criminals come from all corners. Immigrants from the West, particularly Nigeria, have been fleeing violence in their home countries for the past 30 years. And now authorities are seeing West African criminal enterprises appear from North Carolina to Wisconsin — places that haven’t traditionally been associated with organized crime. Most infamous for their financial scams, Nigerian groups alone cost the U.S. more than $1 billion a year.
Absconding from the other side of the continent, Somalian street gangs are ascending the criminal ranks as they’ve quickly become more sophisticated. Their dominant region of influence? Minnesota. According to census figures, there are about 21,000 Somalian immigrants living in the state, many arriving only in the last 20 years and plagued by poverty. “We’re seeing new ethnic groups mimic old-school mafia, but they’re much more evolved,” says Jim Trusty, chief of the Organized Crime and Gang Section at the Department of Justice. News reports show a penchant for fraud when it comes to car insurance (the Russians are also rumored to be in on this trend) and credit cards, as well as good ol’ armed robbery and prostitution.

Organized crime isn’t just transported to America these days, it’s bred here. There are countless motorcycle gangs and white supremacist syndicates, but the one that seems to be causing the most alarm is the Aryan Brotherhood. “They’re scary because they’re becoming military organized,” Trusty says.
What started as a prison gang in the ’60s has grown to have an estimated 20,000 members. And don’t let the ideology claims fool you. The Aryan Brotherhood is known to work with any and all skin colors in its criminal endeavors. They’re not picky about their modus operandi either, dabbling in murder-for-hire, gunrunning, drugs, counterfeiting and identity theft. Just last year, 36 members of the Texas chapter were convicted in a racketeering conspiracy. “They’re into a lot more — and a lot more structured — than they were in the past,” says Jay Albanese, a criminologist and professor at Virginia Commonwealth University.

Corruption and organized crime are almost as old as the frigid tundra itself. But as the Soviet Union began to splinter, the region’s mobsters fled for more fertile territories and began to show up on Western shores, particularly on the East Coast in places like Philly. They formally introduced themselves, in few words of course, to the American public in the mid-’90s, after an extortion scheme involving several professional hockey players made headlines. They’ve since quietly dispersed into the shadows. “Russian organized crime doesn’t have a face,” says mafia expert and author George Anastasia.
Commonly referred to as vory v zakone (“thieves in law”), Russians tend to embrace the approach of coming together for a specific crime and then going their separate ways until it’s time for the next one. Known for being savvy and stealthy, they’re often involved in health care, auto insurance or investment fraud. Two years ago, however, the FBI busted an intricate Russian gambling ring, charging several dozen, including prominent New Yorkers. “Trying to figure out Russian gangsters is like trying to figure out Sicilians 100 years ago,” Anastasia warns. “This is still just the beginning.”
OZY
MEGHAN WALSH
International Mafia: No Names 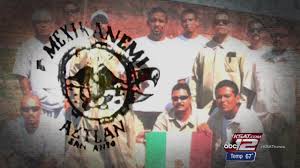