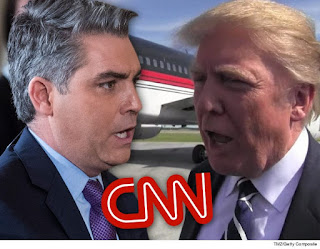 White House ordered to give back Jim Acosta’s press pass

U.S. District Judge Timothy Kelly ruled Friday that the White House violated CNN correspondent Jim Acosta’s Fifth Amendment right by suspending his press pass, and ordered it be restored.
Why it matters: In his ruling, Judge Kelly is setting a precedent that future White House administrations and other elected officials need clear evidence of a security threat or operational burden created by reporters' actions in order to have the justification to revoke a press pass.

Over 5Million Reads Adam Gonzalez at November 16, 2018 No comments: Links to this post 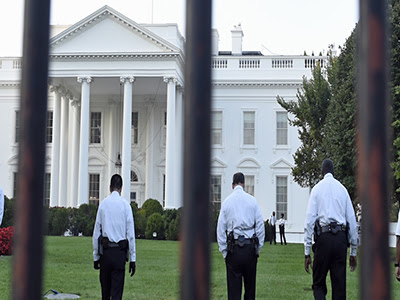 The U.S. Secret Service is facing yet another probe from investigators: This time, on a claim that agents were called to help settle a local dispute with an agency employee's neighbor in rural Maryland instead of patrolling the Capitol. (Oct. 22) AP
For the second time in a month, a man has jumped the White House fence, but this time the intruder was immediately subdued Wednesday evening -- by Secret Service dogs.
K-9 units took the man down on the North Lawn, an Al Jazeera America cameraman reported. Video showed the suspect kicking and punching the dogs, and then being surrounded immediately by officers.
The White House was immediately put on lockdown.
It's the 7th time this year that someone has scaled the wrought-iron fence.
On Sept. 19, Omar Gonzalez, a 42-year-old Army vet who is unemployed and homeless, bolted across the lawn and into the White House before before being apprehended. He had g a 3½-inch folding, serrated knife in his pants and more than 800 rounds of ammunition, two hatchets and a machete in his car.
The unprecedented security breach led to congressional hearings and the resignation of Julia Pierson as Secret Service director.
Over 5Million Reads Adam Gonzalez at October 23, 2014 No comments: Links to this post

Fence Jumper Runs through the First Floor of White House 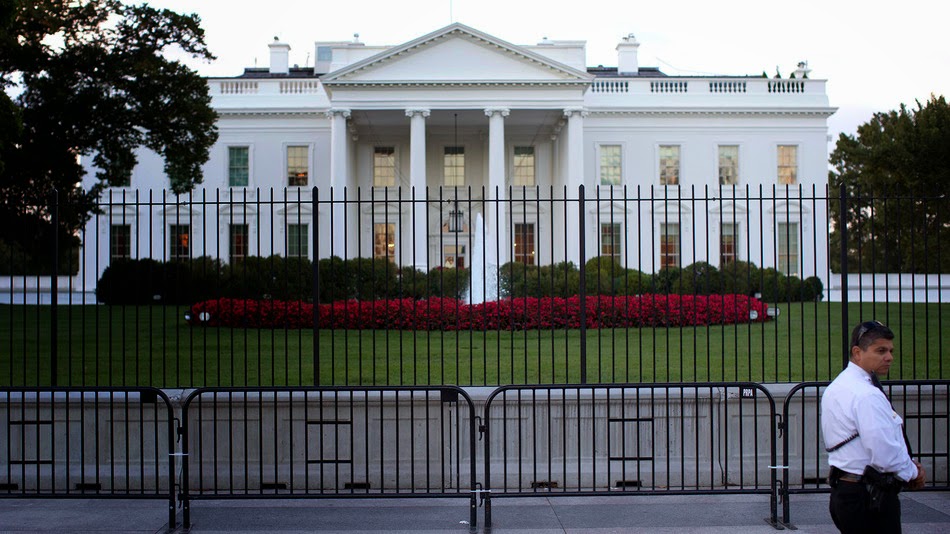 If this is not a disastrous occurrence that should leave everyone turning their heads then I don’t know what is! adamfoxie

The man who breached security at the White House this month raced through several rooms on the main floor, penetrating farther into the building than previously disclosed, a Republican congressman said on Monday.
Representative Jason Chaffetz, who chairs a House subcommittee on national security oversight, told CNN an alarm box near the front entrance had been muted, leaving interior personnel
unaware of the intrusion before the suspect burst through the open front door.
"I have deep concerns that the president is not as safe as we want and need him to be," he said on CNN.
The suspect, Omar Gonzalez, 42, a decorated Iraqi war veteran, was charged with unlawfully entering a restricted building or grounds while carrying a deadly or dangerous weapon. Officials said he was carrying a knife when he jumped the White House fence and entered the executive mansion on Sept. 19.
The new details of the breach were first reported by the Washington Post on Monday on the eve of a hearing by the House Oversight and Government Reform Committee. They differ starkly from the Secret Service's statement the day after the incident that the suspect was "physically apprehended after entering the White House North Portico doors."
Chaffetz said his information on the wild chase through the executive mansion came from whistleblowers interviewed during his congressional investigation into the incident.
"The Secret Service has no comment on that at this time due to the ongoing investigation,” Brian Leary, a spokesman for the agency, said of the Post story. A White House spokesman declined comment.
A prosecutor said in court last week that officers found more than 800 rounds of ammunition, two hatchets and a machete in Gonzalez' car.
Gonzalez had been arrested in July with a sniper rifle and a map on which the executive mansion was marked, the prosecutor said.
The Post said Gonzalez ran past a guard immediately inside the door, past the stairway leading up to the living quarters for President Barack Obama and his family and into the East Room, where he was tackled at the far end of the room by an agent.
The officer posted inside the door appeared to be delayed in learning the intruder was about to come through, the Post reported. Officers are trained to lock the front door immediately if they learn of an intruder on the grounds.
Secret Service Director Julia Pierson is expected to face questioning at a congressional committee hearing on Tuesday.
(Reuters)

Over 5Million Reads Adam Gonzalez at September 30, 2014 No comments: Links to this post