LGTB Americans More Likely to be in Poverty 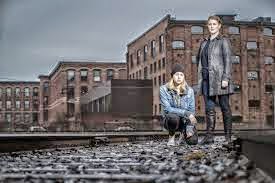 The report notes the annual income of households of gay couples with children who live in states without same-sex marriage is on average $8,912 less than those of opposite-sex couples and their children. This gap narrows to only $689 in states where gays and lesbians are able to legally marry.
Same-sex couples of color are more than twice as likely to live in poverty than their heterosexual counterparts, according to the report.

“LGBT Americans have the same worries as other Americans when it comes to paying for healthcare and other needs, finding good jobs and saving for the future,” reads the report. “But the LGBT population — which includes parents, workers, retirees, people of color and people with disabilities — faces another set of challenges that can result in increased economic hardship.”

Same-sex couples are currently able to marry in 19 states and D.C.
The nation’s capital along with 17 states and Puerto Rico include both sexual orientation and gender identity and expression in their anti-discrimination laws. A Maryland statute that bans anti-trans discrimination in employment, housing and public accommodation takes effect on Wednesday.

President Obama in July signed a long-awaited executive order that bans anti-LGBT discrimination among federal contractors.
Gay Colorado Congressman Jared Polis earlier this month filed a discharge petition on the Employment Non-Discrimination Act that contained a narrowed religious exemption. It remains highly unlikely that House Speaker John Boehner (R-Ohio) will allow a vote on ENDA to take place in his chamber in spite of bi-partisan support for the measure. 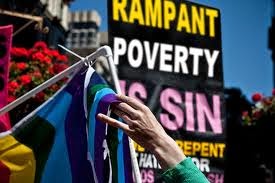 A Mississippi law that critics argue allows business owners to deny services to LGBT people based on their religious beliefs took effect on July 1. Arizona Gov. Jan Brewer in February vetoed a similar bill that advocates dubbed the “turn away the gay” bill.
Mississippi is among the states that do not include sexual orientation or gender identity and expression in its anti-discrimination laws. The U.S. Census also indicates Mississippi is the poorest state in the country, with slightly more than 22 percent of its residents living below the poverty level between 2008-2012.

“Outdated and discriminatory laws mean that lesbian, gay, bisexual or transgender people can work the same hours and show the same commitment to and performance on the job as their non-LGBT coworkers and nevertheless face a series of economic penalties simply because of who they are and whom they love,” reads the report.

Nathan Gage, a 19-year-old from Waynesboro, Miss., who identifies as “gender queer,” told the Blade in July during a meeting of the Dandelion Project, an LGBT support group in the Mississippi Pine Belt, that he has had difficulty finding a job because of his gender identity.
Gage currently works at a state-run school outside of Laurel, Miss., where he works with people with mental illnesses.

He told the Blade he wore mascara during his job interview “to help me a little bit.”
“I had applied for so many other jobs before and they all turned me down,” said Gage. “I felt uncomfortable in the interview.”

Ksaa Zair, a 29-year-old trans woman from Baton Rouge, La., who identifies as demisexual, told the Blade during a July interview she is “fairly sure” that potential employers have refused to hire her because of her gender identity and expression.
Zair said her roommate, Sergio Oramas, works as much overtime as he can to “substantiate” her because she cannot get a job.
“We’re family,” Zair told the Blade.

The Center for American Progress co-authored the report with support from the Center for Community Change, the Center for Popular Democracy, the National Association of Social Workers and the National Education Association.
- See more at: http://www.washingtonblade.com/2014/09/29/report-lgbt-americans-likely-live-poverty/#sthash.MgT95bQt.dpuf
Over 5.6 Million Reads Adam Gonzalez at October 03, 2014 No comments: Links to this post