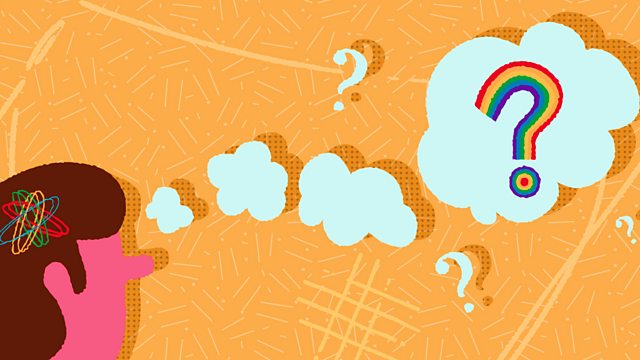 It's thought that around six percent of people are gay. But knowing whether you are or not isn't always simple to work out. If you are feeling sexually confused, help is at hand...

Sexuality isn't a matter of gathering evidence, it's about how you feel

Don't get what all the fuss is about boys? Kissed a male mate just to see what it's like? Do you have a crush on someone the same sex as you? All these are signs that you could be gay. Or you could be 100% straight. Or somewhere in between.
Sexuality for some people is not clear cut - it's a spectrum. And wherever you sit on that spectrum is completely fine.
Figuring out your sexuality isn't a matter of gathering evidence, it's about how you feel. It's normal to be sexually attracted to the same sex sometimes - it doesn't necessarily mean you're gay.
But if you've felt this way very strongly for a long time, you could be bisexual or gay. Some people know from an early age, while others need to explore and experiment to understand more about how they feel.

What's in a name?

Sexual orientation (or sexuality) is about who you have sexual feelings towards.
However, as a teenager, your sexual feelings can be very intense and it's completely natural for your attention to jump between different people - and different genders - quite frequently.
This can be confusing. It can also be exciting. Enjoy and explore at your own pace. Sexuality doesn't develop overnight, so don't be in too much of a hurry to put a label on yours.

With six percent of the population defining themselves as gay you really aren't on your own, and it's likely that some of your friends are curious about the same things you are.
Is there such a thing as a 'gay voice'? David Thorpe directed the film Do I Sound Gay? and here he speaks about his experiences.

BBC
This BBC page on adamfoxie blog  is here to help young people and others with this important issue many deal with. It is based on advice from medical professionals, government bodies, charities and other relevant groups.   The BBC is not responsible for the content of external websites
335.