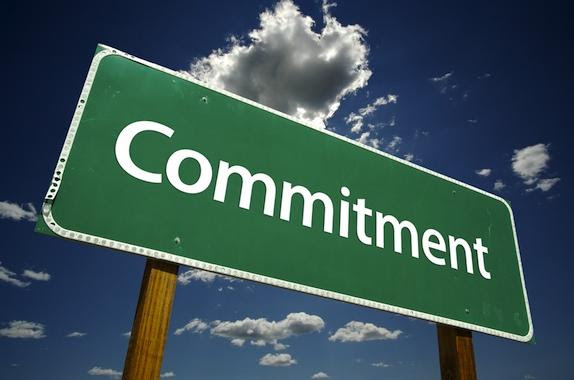 When respondents on a survey where given this statement: "When gays and lesbians are allowed to marry, 'society is stronger because more couples are taking responsibility for each other and making long-term commitments”. This was a statement about gay marriage and 74% agree. Yet when asked about Gay marriage as an equal rights issue, mostly they where turn off by it because they were thinking about marriage and gay sex, sex first.

Marriage is for sure an equal rights issue but when you think about the message you are going to supply to minds that have always heard how promiscuous we are and that the issue for us is sex and not straightening marriage by long term commitments which in by itself self makes society stronger because  when you have a lot of people caring for each other the results can be self evident.

We have already began talking about it which is what is changing the minds of the people that hear and think about this message. Commitment is the big part of it. There will always be divorces and separations not just because of mistakes we make choosing a mate but because our expectations about that mate which are never discuss before hand but even if discussed and council about what marriage is, people don't always grasp the idea. They think of people that are married. First their parents, which might have been a perfect union but may be not. Then it goes down from family to friends, neighbors and people we see wether in movies or walking down the street and we assume they are married.

There lies the pitfall for many. Marriage is not new but for us it is. We need to find out why marriage is for you. If it is because is something brand new and shiny and everybody who is allow to do it is doing it then you are setting yourself for a divorce.

At this point the divorce will affect you in more ways than one but financially will, for sure be in the mix. It will also affect those who don’t have a chance yet because their state doesn’t allow it. But this is the part of commitment that people are watching for. Is this a sexual game for us or are we really committing with another human being to be there together for each other for life? If you don’t like those terms you don’t have to have them. Just don’t get married. Is like we say to the anti gay marriage crowd, if you don’t like gay marriage don’t get one. Now is time for self seeking the truth of why.
It will be better on you on your partner and in society in general if a flawed marriage never happened.

Already we see the famous divorcees coming and going in the land of make believe Hollywood. The people find partners from their own clan use to what Hollywood is and then find out that Hollywood and marriages and kids don’t mix. Those that succeeded in their marriages even though they work in Hollywood have found a partner outside Hollywood and have extricated themselves and kids from there. Have seen it as a job. Some might say you can’t do that in a young growing career, you have to go where they send you.
The answer is simple you should have waited. Worse than a bad marriage is a marriage without divorce. But divorce takes a chunk of people’s life that could have been avoided. All Im saying is if you do it, do it for the right reasons and make sure that a life commitment is in front of anything else you might be thinking of marriage.

Over 5Million Reads Adam Gonzalez at July 20, 2013 No comments: Links to this post

WASHINGTON – A group of high-profile Democrats and Republicans who back legalizing gay marriage are calling on advocates to shift the focus on the issue from an argument about equal rights to promoting the value of commitment.
Enlarge
By Patrick Semansky, AP
"We're all searching for common ground" on this evolving issue, Maryland Gov. Martin O'Malley said.

Over 5Million Reads Adam Gonzalez at November 08, 2011 No comments: Links to this post