Wife of US Diplomat Ran To The US After Deadly Crash That Killed 19 YR. Young Man 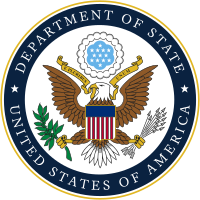 LONDON — A spouse of a U.S. diplomat has returned to the U.S. after being involved in a deadly crash in the United Kingdom.
Neither the name of the spouse nor the U.S. diplomat has been released.
The incident involved 19-year-old Harry Dunn, who died in a collision on Aug. 27 in Croughton, a small village in central England, Northamptonshire Police announced in late August.
Dunn was on his Kawasaki motorcycle when he collided with a Volvo XC90 traveling in the opposite direction, police said.

Superintendent Sarah Johnson with Northamptonshire police confirmed in an online statement Saturday that a 42-year-old American woman being treated as a suspect in the investigation into the fatal crash has left the country.
The U.S. State Department told NBC News in an emailed statement Saturday: "We express our deepest sympathies and offer condolences to the family of the deceased in the tragic Aug. 27 traffic accident involving a vehicle driven by the spouse of a U.S. diplomat assigned to the United Kingdom."
The statement said that due to security and privacy considerations, the identity of the individuals involved could not be confirmed.
"We can confirm the family has left the U.K.," the State Department said in the statement, which added that, "Any questions regarding a waiver of immunity with regard to our diplomats and their family members overseas in a case like this receive careful attention at senior levels are considered carefully given the global impact such decisions carry; immunity is rarely waived."
"We cannot speculate on what actions the British Government may take," the statement said. "While we are in close consultation with the appropriate British officials, we cannot comment on the private diplomatic conversation with the British Government."
Johnson said that in the aftermath of the accident, police had conferred closely with the suspect, who engaged fully with them and said at the time that she had no plans to leave the country in the near future.
In an email to NBC News on Saturday, Johnson said investigators had met with the suspect in the presence of legal advisers on Aug. 28, a day after the fatal crash.
"During the course of that meeting we were aware that diplomatic immunity had been raised as an issue, we then made an immediate application for a waiver in order for us to undertake further investigations and interview," Johnson said.
The police superintendent explained that in order to interview a person with diplomatic immunity, police had to seek a waiver from the U.S. Embassy.
"This is the waiver we sought in order to progress the interview with the suspect," she said.
Johnson said that they were later advised that the waiver had been declined and the suspect had left the U.K.
"Due process was also followed in seeking the necessary documentation to allow for the arrest and formal interview of the suspect, and the force is now exploring all opportunities through diplomatic channels to ensure that the investigation continues to progress," the police superintendent said.
She added that police are working closely with United Kingdom's Foreign Office to "come to a resolution" regarding the matter.
“Harry Dunn’s family deserves justice and in order to achieve this, a full and thorough investigation, with the assistance of all parties involved, needs to take place," Johnson added.
It is not clear when exactly the spouse departed the U.K., but Johnson told NBC News she was advised on Sept. 16 that the suspect had already left the country.
NBC News reached out to the U.S. embassy in the U.K. for further comment but did not immediately hear back.
U.K. Foreign Secretary Dominic Raab told NBC News in a statement: “I wish to offer my condolences to the family affected by this tragic incident. I have called the U.S. Ambassador to express the U.K.’s disappointment with their decision, and to urge the Embassy to reconsider it.”
Dunn's parents told Sky News they were "utterly broken" about what happened.
"We don't know how we can start to grieve for him," Dunn’s mother, Charlotte Charles, told Sky. "We have nothing. No justice. We have nothing to put our minds at rest that she's even remorseful."
The story has reverberated in the U.K., with the country's politicians joining the conversation.
Andrea Leadsom, a Member of Parliament for South Northamptonshire and secretary of state for business, tweeted, urging “proper justice for Harry and closure for his family.”
Shadow Secretary of State for Education, Angela Rayner, also commented on Twitter, saying: “This is heartbreaking and nobody can be above the law. If you are here in the U.K. then you must abide by our rules.”
Rayner added in another tweet: “My son is 22 and this story has really got to me as I cannot even imagine the pain this family is going through. How can anyone just leave the U.K. and not at least try and take some responsibility for the loss of this beautiful young life.”
Over 5.6 Million Reads Adam Gonzalez at October 07, 2019 No comments: Links to this post

The Russian ambassador to Ankara was shot in an attack at an art gallery in the Turkish capital on Monday and the Russian RIA news agency said he had died of his wounds.

The Anadolu news agency said the gunman had been "neutralized" soon after the attack, which appeared to mark one of the most serious spillovers of the Syria conflict in Turkey. Relations between Moscow and Ankara have long been fraught over the conflict, the two supporting opposing sides.

Ambassador Andrei Karlov made a speech at the opening of a photographic exhibition. Hurriyet newspaper said Turkish special forces had surrounded the building. NTV said three other people were wounded.
{Reuters}

Graphiq
Over 5.6 Million Reads Adam Gonzalez at December 19, 2016 No comments: Links to this post