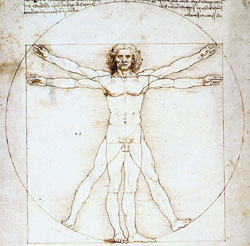 It was a big week for Alzheimer’s research as researchers from around the world descended on Los Angeles to attend the Alzheimer’s Association International Conference (AAIC) this week. There were stories about how infectious agents may be involved in the disease, genes linked to women’s Alzheimer’s risk, and the identification of new biomarkers that may lead to advanced diagnostics.
Here's a look at some of the stories you may have missed.
Alzheimer’s and Epilepsy
People with Alzheimer’s disease have a significantly higher incidence of epileptic seizures. In fact, they have six-and-a-half times more than people without dementia. Research presented by several different researchers explored the connection between Alzheimer’s and seizures. A study presented by Ruby Castilla-Puentas, director, clinical research, neuroscience at JanssenPharmaceuticals, a Johnson & Johnson company, along with Miguel Habeych at the University of Cincinnati, found that individuals with dementia had a higher risk of new-onset or first-time seizures. They postulate that some of the seizures may be caused by the drugs used to treat dementia, as well as other conditions associated with both seizures and dementia, but it’s clear that the risk is much higher for this patient group.

Some Sleep Medications Increase Dementia Risk
Several studies linked to sleep medications, sleep problems and Alzheimer’s were presented. Sleep disturbances are common in Alzheimer’s and other dementia patients, affecting up to 45% of dementia patients. One study presented by researchers at the University of California, San Francisco, found that frequent use of sleep medications might increase dementia risk, but that it varies by race. The study found that study participants who reported “often” or “almost always” taking sleep medications were 43% more likely to develop dementia compared to people who reported “never or rarely” taking them. The risk was also only observed in white adults. There is also a gender variation, as reported by a study by researchers from Utah State University. Women who used sleep medication had 3.6 times increased risk of developing Alzheimer’s compared to those who did not.
Researchers at the University of British Columbia, Vancouver, Canada, also presented research looking at whether it was possible to improve circadian regulation by resetting the biological clock, called chronotherapy, in adults with mild cognitive impairment. The clinical trial did find that the chronotherapy was effective in improving sleep quality in the patient group.
Eisai Co. Presented Research on Tau Microtubule Quantification
The accumulation of two different abnormal proteins, beta-amyloid and tau, is associated with Alzheimer’s disease. Eisai presented data on a new antibody to tau, E2814. It is believed that tau spreads through the brain of Alzheimer’s patients by way of synaptically-connected pathways, which is mediated by tau seeds that contain the microtubule-binding region of tau (MTBR). E2814 targets MTBR-containing tau species, preventing the buildup and spread of tau seeds, which might slow the spread of the disease.
Aerobic Exercise and Preventing Alzheimer’s
Generally, lifestyle behaviors that are good for the heart are good for the brain, and that has led to researchers noting that keeping blood pressure and cholesterol levels in check via diet and exercise and appropriate medications may decrease the risk of Alzheimer’s disease. Researchers with Wake Forest University School of Medicine presented research from the EXERT study to determine if exercise can protect from memory and cognition problems associated with Alzheimer’s. The EXERT study takes 300 people at high risk for Alzheimer’s and randomly splits them into two groups for 18 months. Half perform aerobic exercise, the other half stretching and flexibility exercises. They participate in memory and cognition tests, as well as brain blood flow, atrophy and protein testing. The study is ongoing and is still looking for another 100 people between the ages of 65 and 89 who don’t regularly exercise who have mild cognitive impairment.
Increased Risk of Alzheimer’s in the LGBT Community
Research presented at the AAIC meeting reported finding higher rates of subjective cognitive decline among lesbian, gay, bisexual and/or transgender (LGBT) Americans compared to cisgender heterosexual individuals. The trial used self-reported data on subjective cognitive decline (SCD). The research presented by Jason Flatt from UCSF found that 14% of participants reported subjective cognitive decline compared to 10% among the cisgender heterosexual participants. Even after adjusting for income, age, and race, the LGBT group was 29% more likely to report a subjective cognitive decline. The connection is undetermined, although the researchers speculate that it is related to higher rates of depression, stress, inability to work and a lack of regular healthcare access in the LGBT population.
Another group reported on the effectiveness of a first-of-its-kind Alzheimer’s intervention for LGBT older individuals with dementia. They identified unique risk factors of LGBT older adults with dementia, including more likely to live alone (almost 60%), not partnered or married (65%), no children (72%) and no caregiver (59%) compared to older non-LGBT adults with dementia. The intervention study looked at individualized programs of exercise, and behavioral and coping strategies to improve physical function, independence, and quality of life.
Over 5Million Reads Adam Gonzalez at July 22, 2019 No comments: Links to this post

2018 Midterms and Nine LGBTQ Congressional Candidates You Should Know👀

By Elly Belle
Representation by people from the LGBTQ community is still sparse within the U.S. government, especially for some of the most powerful positions.
Congress, in particular, has remained largely white, male, cisgender, and straight for the majority of the country’s history. And in the Senate, there’s been a slow change, with politicians like Illinois’s Carol Moseley Braun, who became the first woman of color elected to the Senate, in 1992, and Wisconsin’s Tammy Baldwin, who became the first openly gay person elected to the U.S. Senate, in 2012.
Fortunately, the range of candidates running for and being elected to government positions has become more diverse, with a historic number of LGBTQ candidates who've won primaries this year. Now, ahead of the November 6 midterms, there are more LGBTQ candidates running than ever before. Below, we introduce some of these candidates and explain what you should know about them.
Katie Hill, 31 — 25th Congressional District, California


Davids participated in the White House Fellowship program in 2016 during Obama’s presidency. She’s also a former mixed martial arts (MMA) fighter — so she’s no stranger to tough fights.
Lauren Baer, 37 — 18th Congressional District, Florida
Barrier-breaking Lauren Baer, who’s running in Florida’s 18th district as a Democrat, could become Florida’s first-ever openly LGBTQ congressperson if elected. Baer is running to make Florida better for the most marginalized communities and has focused on championing quality, affordable health care, improving public schools, and combating environmental issues.
She also served as an official in the Obama administration from 2011 to 2017, acting as a senior adviser to secretaries of State Hillary Clinton and John Kerry, as well as to the U.S. ambassador to the United Nations.


Jamie McLeod-Skinner, 51 — 2nd Congressional District, Oregon
Jamie McLeod-Skinner, a Democrat, was the first openly lesbian person elected to the Santa Clara City Council in California, in 2004. If elected in Oregon on November 6, she will become the state’s first openly LGBTQ congressperson. She believes it’s way past time to provide health care for all people and is striving to rebuild the middle class, as well as to focus on the needs of rural communities.
Ultimately, she’s hoping to unseat a lifelong politician, Republican Representative Greg Walden, who has been re-elected every time since first winning Oregon’s 2nd Congressional District, in 1998.


Kyrsten Sinema, 42 — 9th Congressional District, Arizona
A Democrat, Kyrsten Sinema is the current congressional representative in Arizona, serving for the past five years. She’s also the first openly bisexual Senate nominee ever. Sinema has prioritized expanding access to quality, affordable health care, creating educational opportunities, helping veterans receive benefits and creating good-paying jobs for people in Arizona.
Now, according to her platform, she has plans to fix a “dysfunctional Washington,” as well as to continue to make good on the promises and issues she’s prioritized since taking office.

Mark Pocan, 54 — 2nd Congressional District, Wisconsin
Also an incumbent in Wisconsin, Mark Pocan is currently one of only seven LGBTQ members in Congress. Pocan serves as co-chair of the Congressional Progressive Caucus, in addition to the Congressional LGBT Equality Caucus.
Among other issues, Pocan is pushing to increase social-safety-net programs that help families, including unemployment compensation, aid to increase access to higher-education assistance, health care reform, and bolstering Social Security for seniors. Pocan has most recently introduced legislation that would terminate the U.S. Immigration and Customs Enforcement agency (ICE) and instead “implement a humane immigration enforcement system that upholds the dignity of all individuals,” according to a press release from his office.

Over 5Million Reads Adam Gonzalez at November 06, 2018 No comments: Links to this post

Over 5Million Reads Adam Gonzalez at December 22, 2017 No comments: Links to this post