Over 5Million Reads Adam Gonzalez at June 18, 2018 No comments: Links to this post

Participants take part in the equality march in Kiev, Ukraine. REUTERS/Valentyn Ogirenko REUTERS
KIEV (Reuters) - Ukrainian politicians and foreign diplomats joined thousands marching for gay pride in Kiev on Sunday, carrying banners and waving rainbow and Ukrainian flags in a parade flanked by a thick cordon of helmeted police.
Some supporters of lesbian, gay, bisexual and transgender (LGBT) rights see progress in Ukraine as symptomatic of the country's closer integration with the European Union and rejection of its ties with neighboring Russia.
Sunday's march was largely incident-free, although around 200 people protested, variously calling it an affront to traditional values and to soldiers fighting pro-Russian separatist rebels in the eastern Donbass region.
Ukrainian authorities have increased their support for gay rights since a pro-Western government took power following the Maidan protests in 2014. In 2015, a law was passed banning workplace discrimination against the LGBT community. But critics say homophobic attitudes remain widespread.
Six people were detained for trying to breach the security cordon, the police said in a statement.
"Sunny & well organized #KyivPride2017. Another step forward for equality in #Ukraine," Judith Gough, the British ambassador to Ukraine who joined the march, wrote in a tweet.
A day before the parade, Ivanna Klympush-Tsintsadze, the Ukrainian Deputy Prime Minister on European and Euro-Atlantic Integration, said the parade would help Ukraine shake off its "imperial legacy".
"There is a consensus in society on the movement of our state in the direction of Europe," she wrote on Facebook.
"This is not a choice about material wealth. This is a value choice," she said, adding that a pivot to Europe meant Ukraine learning to respect "individuality and diversity".
Sunday's march was a far cry from the violent clashes witnessed at the same event in 2015 but protesters also made their voices heard.
"We cannot allow this March when the country is at war and our brothers are dying on the front," said Igor, 33. "The Bible and our history are against them."
The city was embroiled in gay rights row this year as it hosted the Eurovision Song Contest with a slogan to 'Celebrate Diversity'. A plan to paint a Soviet-era monument in rainbow colors was resisted by hard-right groups.
REUTERS
By Pavel Polityuk
Over 5Million Reads Adam Gonzalez at June 18, 2017 No comments: Links to this post

E.U. Willing to Drop Gay Rights in Negotiations With Kiev 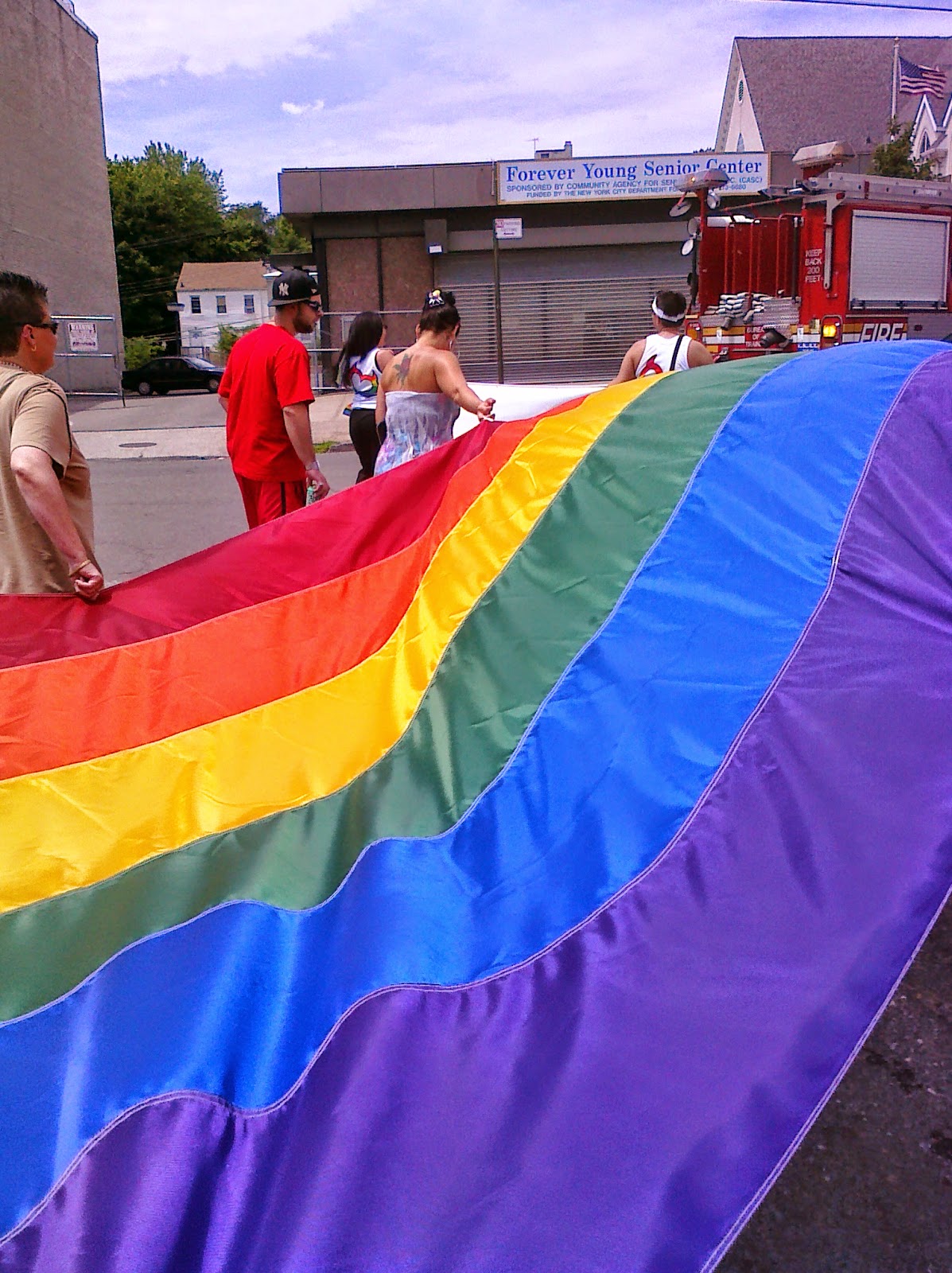 
Maxim Eristavi is a freelance writer based in Kiev. He previously worked as executive producer for the Voice of Russia and journalist at Radio Free Europe/Radio Liberty.
Over 5Million Reads Adam Gonzalez at April 01, 2014 No comments: Links to this post