[Ruth Fraňková]
The Czech supreme court has ruled for the first time that two gay partners should be legally recognised as the fathers of a surrogate child, the daily Mladá Fronta reported on Saturday.
The child was born a few months ago to a surrogate mother in California through artificial insemination. In its ruling, issued at the beginning of May, the Czech supreme court sustained a decision issued by a court in California, which recognised the two men as the baby girl’s parents.
Since 2006, gays and lesbians in the Czech Republic can live in an officially registered partnership. However, they are still prevented from adopting children as a couple, which means that the non-biological partner does not have the same legal rights to the child.

[This Page is reposted from Out Sports By Jim Buzinski ] 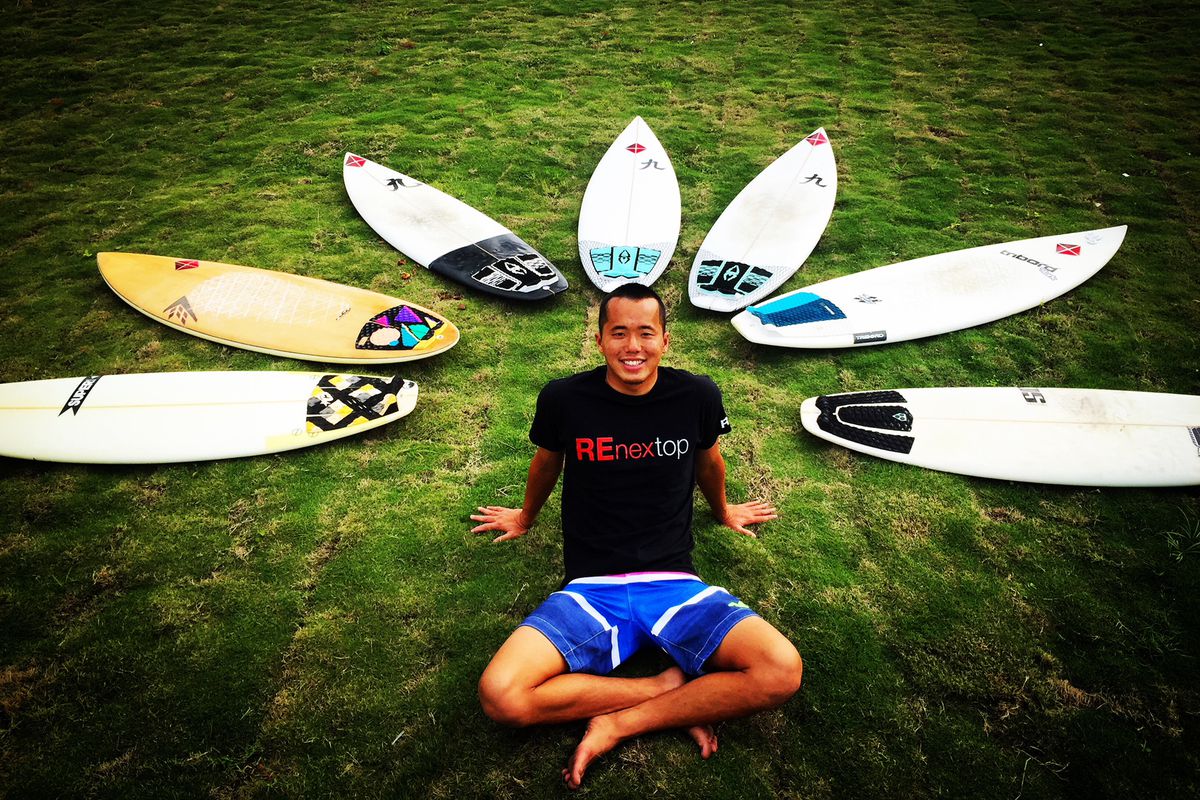 Xu Jingsen, or ASam, is a surfer from China.

A professional surfer in China has come out publicly as gay, believed to be
the first Chinese athlete who has come out as LGBT.
The surfer, Xu Jingsen, or ASam in an Anglicized translation, will attend
the August Gay Games in Paris.
In a post on China’s popular messaging service Weibo, read by more than 360,000 people, ASam explained his decision (as translated by the Federation of Gay Games and Bing)
While homosexuality is legal in China, LGBT people still face societal and legal pressure. We can’t find another example of a Chinese athlete who has come out as LGBT. We also don’t know how extensive ASam’s athletic background is, though the World Surf database lists a Xu Jingsenwho competed professionally in 2013.

Surfing is not a sport at the Gay Games, but a photo from the Federation of Gay Games indicated ASam will be swimming and playing basketball. Regardless, he is taking a brave step forward for LGBT athletes from China. 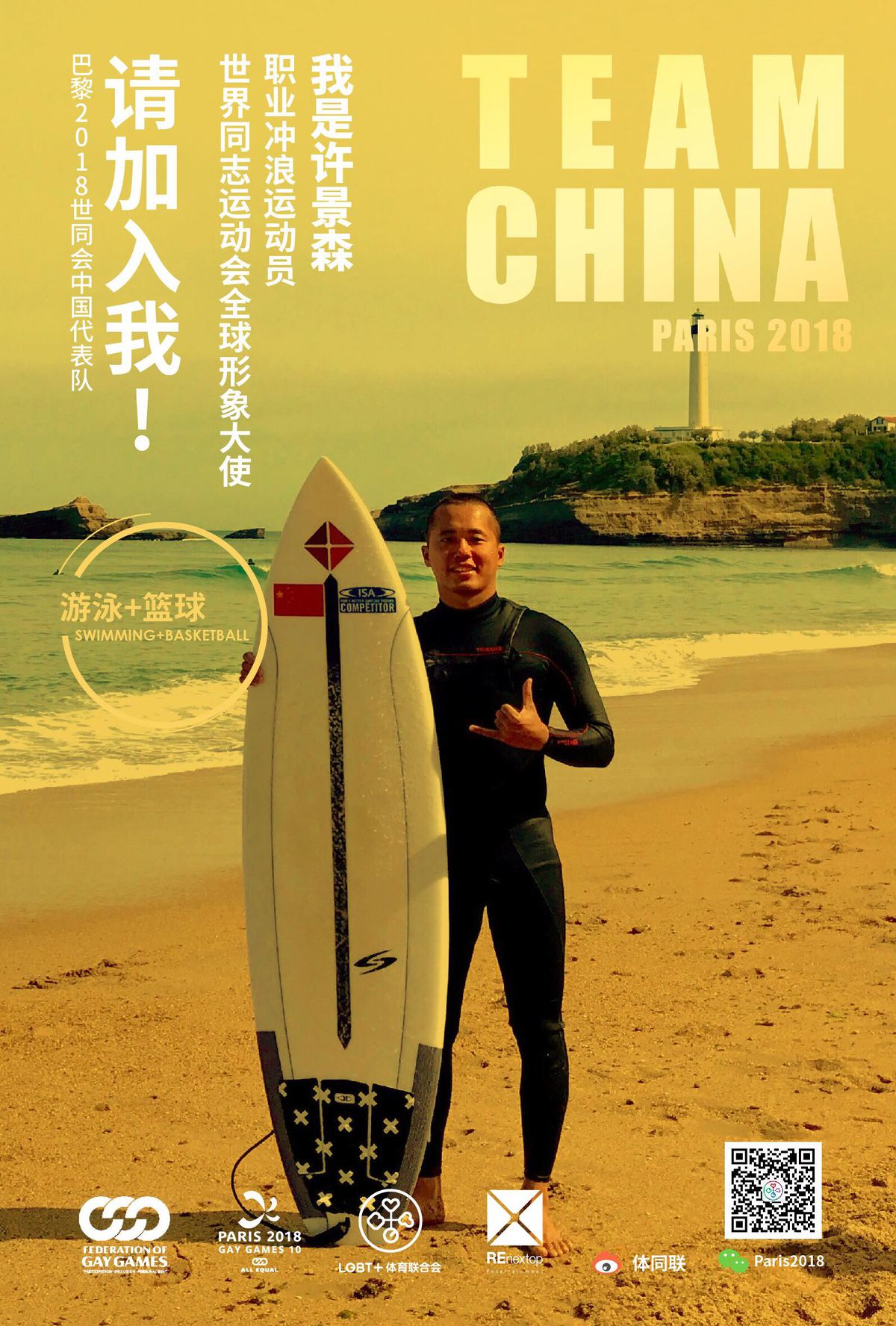 Over 5Million Reads Adam Gonzalez at May 21, 2018 No comments: Links to this post

Russian Arrested by Czechs’ for U.S.Hacking

Czech Republic officials have arrested a Russian citizen suspected of hacking targets in the United States.

The arrest, announced Tuesday, was the result of collaboration with the FBI and was based on a so-called Interpol red notice. It came just 12 hours after Czech police received information about the suspect, police said.
Story Continued Below

The Obama administration announced Friday that it believes Russia is behind a series of hacks intended to influence the U.S. election. Russia, however, has denied the charges, with a spokesman for the Russian Embassy calling the accusation “another piece of nonsense!”

The Democratic National Committee, Democratic Congressional Campaign Committee and the chairman of Hillary Clinton’s campaign chairman have all been hacked this year.
Czech police said the suspect was traveling in the Czech Republic with his girlfriend and had a luxury car. Upon arrest, the man collapsed and was hospitalized, officials said. Extradition proceedings in Czech courts could see the suspect turned over to face possible charges in the United States.
Authorities haven’t released the suspect's name.

The release of internal DNC emails resulted in the resignation of then-chairwoman Debbie Wasserman Schultz, which came ahead of Clinton’s nominating convention in July. Clinton’s campaign has also blamed Russia for a series of leaked emails from Clinton campaign chairman John Podesta’s personal email account.

Donald Trump, the Republican presidential nominee, encouraged espionage earlier this year, inviting Russia in July to hack Clinton’s email. “I will tell you this, Russia: If you’re listening, I hope you’re able to find the 30,000 emails that are missing,” he said during a news conference in Florida on July 27. “I think you will probably be rewarded mightily by our press.”

In London, the Ecuador Embassy has taken away the internet connection from Hacker Assange for trying to influence another nation’s political system.
adamfoxie
Over 5Million Reads Adam Gonzalez at October 19, 2016 No comments: Links to this post