New Barbie ad shows that boys can enjoy dolls too 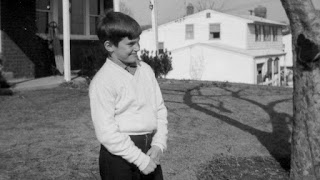 Barbie’s new ad is stirring up controversy—for its portrayal of a boy playing with the doll.

The commercial is for the new Moschino Barbie, part of a limited-edition collaboration between the Italian luxury fashion house and Mattel. It stars three children (two girls and a boy), and some of the adjectives used to describe Barbie aren’t the most typical, either: the boy declares, “Moschino Barbie is so fierce!” as he hangs a purse over her arm.

The inclusion of a Barbie fan who happens to be a young boy in a Moschino production is fitting, given that the Italian brand’s own creative director, Jeremy Scott, cited Barbie as the muse that sparked his career. He said in an interview with People StyleWatch, “The thing I love about Barbie is that she is the ultimate muse and inspired me to become a designer. Moschino style is all about humor coupled with high fashion and Barbie allows us to play out these looks in whole new way.”

In turn, the boy in the commercial appears to have been inspired by Scott himself—the child actor has a definite resemblance to the designer, with even his bleached-blond tresses evoking Scott’s own hairstyle.

Mattel’s decision to show that boys can enjoy dolls too is part of a growing trend in retail. Stores such as Target have begun to remove gender designations from sections like toys, bedding, entertainment, and housewares, a move that many are applauding.

A professor of psychology at the University of Kentucky, Dr. Christia Brown, told Yahoo Parenting, “It really corresponds with what a lot of research shows is good for kids. Research overwhelmingly shows that when we segregate toys and label them explicitly for boys or girls, kids only gravitate to the toys labeled for their group. Even if it’s the same toy, if you label it ‘girls’ or make it pink, only girls want it. If you take the same toys and label it for boys, boys want it. So it’s not the toy itself; it’s the labeling that drives attention.”

Brown, who is also the author of Parenting Beyond Pink and Blue, added that the inclusion of boys in ads for dolls can have long-term positive effects: “For boys, if they are encouraged away from dolls, they don’t get the chance to learn nurturing and care-taking, all the things we want them to do as parents. And then we are surprised when men grow up and aren’t comfortable changing diapers, when we clearly have steered them away from it all their lives.”
dot429.com

Over 5Million Reads Adam Gonzalez at December 29, 2015 No comments: Links to this post 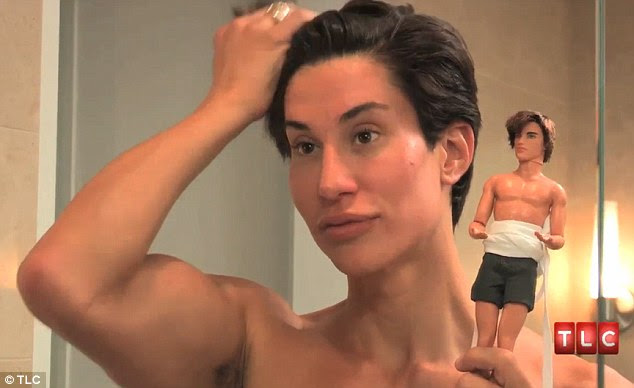 A new UK documentary has uncovered the secretive world of ‘female masking’ – men who are transforming themselves into living dolls.
Using elaborate rubber second skins, they head out in wigs and dresses and love the reactions they get to their glamorous female personas.
The maskers don’t describe themselves as transgender, calling themselves instead “rubber dolls” and dressing up more as a hobby than an attempt to permanently change their gender. Like other less extreme cross-dressers, maskers do not necessarily identify as gay or bi either.
“I have noticed that when I’m a sexy female, I get treated completely differently,” says masker Dominique.
The documentary series Secrets of the Living Dolls is currently being screened on UK TV channel 4. Watch its trailer below.
“The series marks a breakthrough in television and into a world existing but unseen,” reactsLiberty Voice.
“From forklift operators to a father of six kids, the array of men from varying backgrounds provides a stunning view into a world unknown by millions.”
Meet Dominique, a black man who transforms himself into a white woman, on the clip below.

Over 5Million Reads Adam Gonzalez at January 07, 2014 No comments: Links to this post