Who is responsible for the influx of commercials with LGBT Characters?

More than a year after starting the All Love Is Equal project, photographer Braden Summers says it has “exceeded expectations on all accounts.”  Summers set out to create photographic representations of LGBT love as a sort of commentary on the lack of commercial LGBT imagery. He says he is glad to see how it has grown recently, specifically mentioning companies like Tiffany’s and Honey Maid that have included images in their advertising that “show how beautiful romance in LGBT community can be.”

In an exclusive interview, Summers told 429Magazine that the All Love Is Equal project “spread globally like wildfire and the response was overwhelmingly positive…[garnering] support from many, many countries around the world.”

He traveled around the globe to photograph real-life couples wherever it was possible. Summers and his producer, Greg Jaroszewski, did what they could to find actual couples in every location, including reaching out to gay organizations.

In some locations, such as Lebanon and India, Summers opted to use models because of the potential danger to real LGBT couples. Beirut also proved challenging—they visited gay clubs there every night in search of participants. Summers said that many “vehemently said no” because it could be unsafe for them to be recognized as gay.

He said that he personally never felt like he was in danger while shooting, but he admitted, “It definitely felt risky.”

Summers also used models because of monetary concerns, realizing “it would be challenging with a small budget to find real couples…with a certain aesthetic that represents” the sort of heterosexual commercial imagery he hoped to replicate.

The photographer reported he is pleased with where this project has taken him. One thing it led to was the #LoveTravels campaign that Marriott launched in June 2014, for which the hotel chain commissioned Summers to take pictures that would celebrate inclusion.

The senior director of segment marketing, Kristine Friend, said in a press release, “Braden’s work so beautifully illustrates the inclusiveness and equality that we embrace.”

For the #LoveTravels campaign, Summers exclusively used actual LGBT people as opposed to models. The project can be viewed at Marriott’s LoveTravels page.

One couple he worked with was Marc Phariss and Vic Holmes of Texas, who have been together for more than seventeen years. They reached out to him after seeing his work at the HRC National Dinner to ask if Summers would photograph their wedding. He declined, explaining that he is not a wedding photographer per se: “I told them about my process and how I’m more interested in narrative [imagery],” he said.

Instead, he offered to “illustrate their love and romance,” with the aiming of taking pictures that were “representative of LGBT love in the South.”

Summers added that he would like to continue the sort of work he started with All Love Is Equal, if it again becomes financially feasible to do so.

429Magazine
Over 5Million Reads Adam Gonzalez at April 20, 2015 No comments: Links to this post

Email ThisBlogThis!Share to TwitterShare to FacebookShare to Pinterest
Labels: Commerce Out, Gay Actors 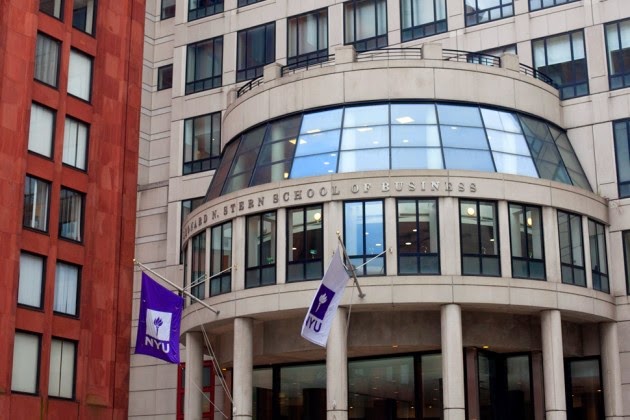 Corey Hodges spent several years keeping his sexuality off the record at work while he was a naval officer, and plans to never do that again. Hodges, a 27-year-old MBA student at the University of Massachusetts-Amherst’s Isenberg School of Business, says he’d rather hold out for an employer that isn’t squeamish about hiring a gay man.
“With our generation, there’s enough of a mentality where it’s like, ‘I’m not going to deal with this,’” says Hodges, who has paw prints tattooed on his right arm. “I will find someone who will find the value in what I have to provide, and if that’s not you, that’s fine.”
Hodges is one of about 1,350 people who are in San Francisco this week for a conference celebrating MBAs who are lesbian, gay, transgender, or bisexual. His desire to be openly gay in his professional life is one encouraged by Reaching Out MBA, the nonprofit running the conference. To make their support for this stance official, the group is announcing a new set of scholarships today, each which will offer at least $10,000 per year toward tuition for one LGBT student at six top business schools. “Our goal is to make it clear to those who are entering their career with MBAs that business is a place for them, and that they should be proud to be out,” says Matt Kidd, the executive director of Reaching Out MBA.
So far, the business schools at Columbia, University of Chicago, Northwestern, Dartmouth, MIT, and NYU have all agreed to fund one of the scholarships, which will be called Reaching Out MBA fellowships.
The initiative is designed in part to resolve a fundamental issue: The business world has not always been the perfect place for a coming-out party. There are still only two openly gay chief executives of public companies in the country, C1 Bank’s Trevor Burgess and IGI Laboratories’ Jason Grenfell-Gardner, according to news reports.
Even at this gathering, where 9 in 10 students are out of the closet, there is some concern that MBAs won’t be as open about their sexuality once they leave school for a more buttoned-up corporate environment.
“We see a lot of MBAs in particular going back into the closet,” Kidd says.
Indeed, despite a marked increase in LGBT support groups in the workplace in recent years, 53 percent of LGBT workers conceal their sexual identity on the job, according to a report by the Human Rights Campaign Foundation this year (PDF). A by-product of the Reaching Out MBA Fellowship is that accepting the funding would make it harder for young professionals to go back to keeping their sexuality under wraps once they finished their degree: Accepting the funding more or less requires making one’s sexual identity official.
About 62 percent of gay MBAs were out at a dozen top business schools surveyed last year by Friendfactor, a nonprofit promoting LGBT allies, according to the group’s CEO Joanne Sprague.
“It is easier to be out in an academic setting,” says Sprague, explaining that the stakes are higher at the office. “In certain states, you could get fired. You could have a supervisor who is never going to mentor you.” It is legal under federal law to fire someone for being gay, although many states have protections for LGBT workers.
Hodges, the naval officer turned MBA student, says that living in the closet is a personal sacrifice he isn’t willing to make, even if it would boost his career. “For some people, it’s worth it. I’m not one of those people.”
Natalie Kitroeff
businessweek.com
Over 5Million Reads Adam Gonzalez at October 04, 2014 No comments: Links to this post

Email ThisBlogThis!Share to TwitterShare to FacebookShare to Pinterest
Labels: Business, Commerce Out 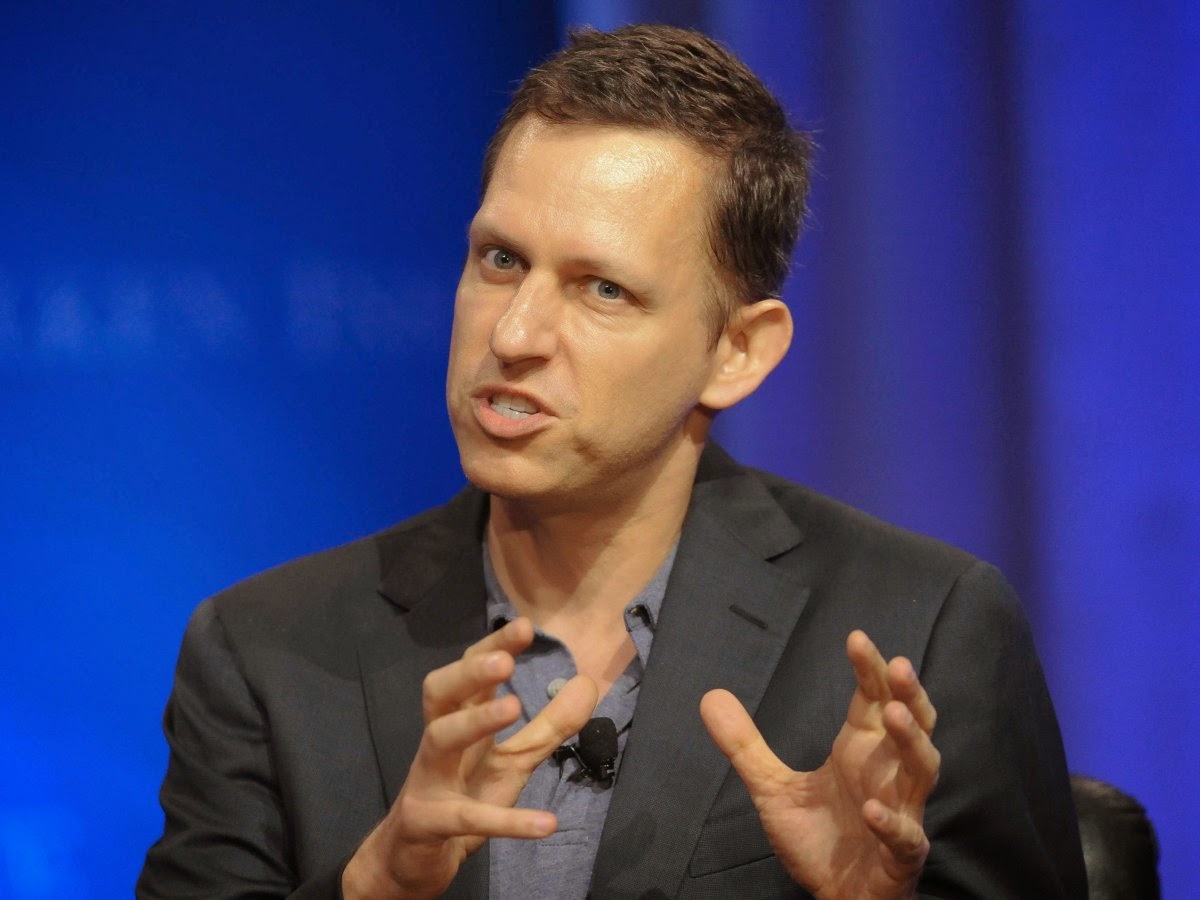 There are zero publicly gay CEOs at any Fortune 500 companies, according to New York Times columnist James Stewart.
In his June column, Stewart pointed out that there might be a number of gay CEOs at those companies, but none of them are willing to publicly acknowledge their sexuality.
In fact, it was Stewart’s column that had led to that awkward moment on CNBC where Simon Hobbs mistakenly outed Apple CEO Tim Cook as being gay.
So why exactly is this happening?
We asked Peter Thiel, one of the very few business executives to have publicly come out as gay.
Thiel wanted to be careful with his comments, pointing out that “It’s always a very personal decision.” But he said one of the main reasons for the lack of gay CEOs — at least in public — could be a “perception of discrimination.”
“A lot of these businesses are global in reach, and when you have customers all over the world, it becomes a question of ‘Will they hold that (being gay) against you?'” Thiel told Business Insider.
He continued, “I think that there is this globalization element to it that sort of cuts in a weirdly different way. It’s not really a question of how tolerant people are in California.”
Thiel added the same thing happens with celebrities in LA, who tend to not acknowledge their sexuality in public out of fear of losing their global audience. “You could say Hollywood is very tolerant of gay people, but the movie viewers, the global audience, is what makes people nervous (about coming out).”
He also said it could be a generational issue, since a lot of the CEOs at Fortune 500 companies are older, and we’ll see more of them come out in the next decade or two.
“It would be great if people were more courageous,” Thiel said. “But it’s a personal decision and I don’t judge people one way or another.”

http://www.businessinsider.com
Over 5Million Reads Adam Gonzalez at September 24, 2014 No comments: Links to this post