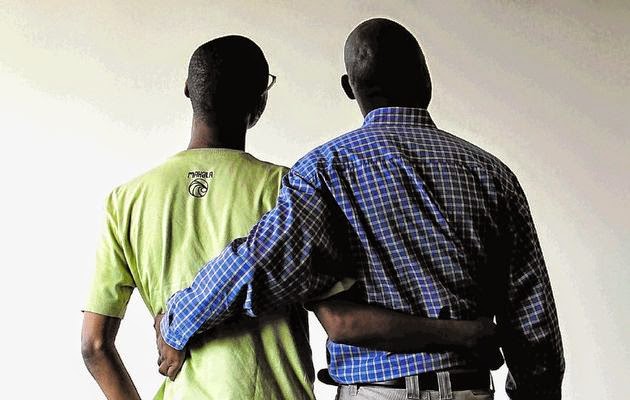 The case drew the attention of rights groups and governments concerned that Zambia may be hardening its stance on gay rights following tough new laws in Uganda and elsewhere in Africa. File photo
Image by: Picture: SIMPHIWE NKWALI

A Zambian magistrate has acquitted two men charged with having sexual relations "against the order of nature", saying the state failed to prove its case.

Philip Mubiana and James Mwape, both in their early 20s, have been in custody since May last year and faced up to 15 years in jail if convicted.
The case drew the attention of rights groups and governments concerned that Zambia may be hardening its stance on gay rights following tough new laws in Uganda and elsewhere in Africa.
The two men were arrested after being reported to the police by one of Mubiana's relatives.
Outside the court in Kapiri Mposhi, 200km north of Lusaka, several local residents denounced Western governments for their support of the pair.
In February, another Zambian magistrate acquitted prominent gay, lesbian and transgender rights activist Paul Kasonkomona on charges of encouraging homosexuality after concluding that the prosecution failed to prove its case.


Several Western nations reduced funding to Yoweri Museveni's government in February after he signed into law new legislation imposing life sentences for being gay.
The aid cuts were welcome because they had "aroused" Ugandans and made them realise they needed to "undertake serious work" to build self-reliance, Museveni told a religious conference in the capital, Kampala.
"Uganda is so rich, we should be the ones to give aid. The only thing we need from the world is trade, if they can buy our products. Aid becomes important only when people are asleep."
The only thing Africans "do well", the 69-year-old president said, was "multiply and fill the Earth", while not working hard to ensure productivity to feed all the continent's people.
It was "unreligious" to offer aid with strings attached, including demands to treat homosexuals, bisexuals and transgender people equally with others, he said.
"That is a bad omen. You are committing a sin to offer that aid, or to receive it," he said.
Museveni has become known for long speeches justifying anti-gay laws by claiming homosexuality is a "lifestyle choice" and Western attempts to impose equality were "social imperialism".
British aid had already been diverted away from the government, and the £83-million (about R1.5-billion) the UK Department for International Development spends annually in Uganda goes through approved charities.
The US last month cut aid, imposed visa restrictions and cancelled a military exercise it planned with the Ugandan army in Barack Obama's latest sanctions against Museveni over the new laws.
Norway and Denmark also reduced their funding to Uganda, where Museveni has been in power for 28 years and appears unwilling to step down.
timeslive.co.za
Over 5.6 Million Reads Adam Gonzalez at July 04, 2014 No comments: Links to this post

The protracted detention of two Zambian men accused of having sex is an affront to all who believe in fundamental human rights, equality and non-discrimination and they should be released immediately, said Amnesty International today.
The Magistrate court in Kapiri Mposhi was due to deliver its verdict today on the case of James Mwape and Philip Mubiana, who have been held for over a year after being charged with having sex “against the order of nature”. But owing to delays by the state prosecutor, the case has been postponed to an unknown date.
“These men have already spent over a year in prison having been denied bail in a case where they are accused of something that should not be a crime. Locking up people on the basis of their real or perceived sexual orientation is reprehensible and a clear breach of international law and justice,” said Simeon Mawanza, Amnesty International’s Zambia researcher.
“The wheels of justice have been turning very slowly for these two men. Their incarceration in the first place, and inexcusable delays in proceedings, reflect very badly on the justice system in Zambia. Amnesty International regards both men to be prisoners of conscience and is calling for their immediate and unconditional release.”
Homosexuality is considered a crime under Zambia’s penal code, and if convicted, the two men face at least 14 years in prison. This case comes at a time when senior government officials have made inflammatory statements instructing the public to report anyone they suspect of being a homosexual or “promoting homosexuality.”
“Amid a growing climate of fear in Zambia, Amnesty International is calling on the authorities to fulfil their obligations to respect and protect all human rights and end the persecution of individuals on the basis of their real or perceived sexual orientation or gender identity,”  said Simeon Mawanza.
“We are worried about the shrinking space for human rights in Zambia under the current administration. Fundamental freedoms have increasingly come under attack with political opponents, civil society and sexual minorities being systematically suppressed.”
Amnesty International is calling for the immediate release of James Mwape and Philip Mubiana and for the repeal of laws criminalizing same sex conduct.
BACKGROUND
The two men, both aged 22, were first arrested on 25 April 2013, and detained until 2 May, when they were released on bail. They were arrested again on 6 May and subjected to forcible anal examinations by government doctors to “prove” their involvement in sexual activity. These examinations are tantamount to torture.
They have been charged with of having sex “against the order of nature” under Section 155 of Zambia’s Penal Code.
Both James Mwape and Philip Mubiana deny the charges against them.
amnesty.org
Over 5.6 Million Reads Adam Gonzalez at May 31, 2014 No comments: Links to this post