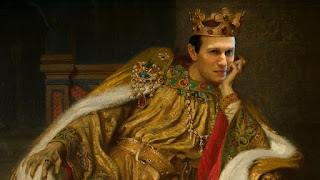 When the Kushner Cos. bought three apartment buildings in a gentrifying neighborhood of Queens in 2015, most of the tenants were protected by special rules that prevent developers from pushing them out, raising rents and turning a tidy profit.

But that's exactly what the company then run by Jared Kushner did, and with remarkable speed. Two years later, it sold all three buildings for $60 million, nearly 50 percent more than it paid.

Now a clue has emerged as to how President Donald Trump's son-in-law's firm was able to move so fast: The Kushner Cos. routinely filed false paperwork with the city declaring it had zero rent-regulated tenants in dozens of buildings it owned across the city when, in fact, it had hundreds.

While none of the documents during a three-year period when Kushner was CEO bore his personal signature, they provide a window into the ethics of the business empire he ran before he went on to become one of the most trusted advisers to the president of the United States.

"It's bare-faced greed," said Aaron Carr, founder of Housing Rights Initiative, a tenants' rights watchdog that compiled the work permit application documents and shared them with The Associated Press. "The fact that the company was falsifying all these applications with the government shows a sordid attempt to avert accountability and get a rapid return on its investment."

Kushner Cos. responded in a statement that it outsources the preparation of such documents to third parties that are reviewed by independent counsel, and "if mistakes or violations are identified, corrective action is taken immediately."

"Kushner would never deny any tenant their due-process rights," it said, adding that the company "has renovated thousands of apartments and developments with minimal complaints over the past 30 years."

For the three Queens buildings in the borough's Astoria neighborhood, the Kushner Cos. checked a box on construction permit applications in 2015 that indicated the buildings had zero rent-regulated tenants. Tax records filed a few months later showed the company inherited as many as 94 rent-regulated units from the previous owner.

In all, Housing Rights Initiative found the Kushner Cos. filed at least 80 false applications for construction permits in 34 buildings across New York City from 2013 to 2016, all of them indicating there were no rent-regulated tenants. Instead, tax documents show there were more than 300 rent-regulated units. Nearly all the permit applications were signed by a Kushner employee, including sometimes the chief operating officer.

Had the Kushner Cos. disclosed those rent-regulated tenants, it could have triggered stricter oversight of construction crews by the city, including possibly unscheduled "sweeps" on site by inspectors to keep the company from harassing tenants and getting them to leave.

Instead, current and former tenants of the Queens buildings told the AP that they were subjected to extensive construction, with banging, drilling, dust and leaking water that they believe were part of targeted harassment to get them to leave and clear the way for higher-paying renters.

"It was noisy, there were complaints, I got mice," said mailman Rudolph Romano, adding that he also bristled at a 60 percent rent increase, a hike the Kushner Cos. contends was initiated by the previous landlord. "They cleaned the place out. I watched the whole building leave."

Tax records show those rent-regulated units that numbered as many as 94 when Kushner took over fell to 25 by 2016.

In Kushner buildings across the city, records show frequent complaints about construction going on early in the morning or late at night against the rules, improper or illegal construction, and work without a permit.

At a six-story walk-up in Manhattan's East Village that was once home to the Beat poet Allen Ginsberg, the Kushner Cos. filed an application to begin construction in late 2013 that, again, listed zero rent-regulated tenants. Tax records a few months later showed seven rent-regulated units.

"All of a sudden, there was drilling, drilling. ... You heard the drilling in the middle of night," said one of the rent-regulated tenants, Mary Ann Siwek, 67, who lives on Social Security payments and odd jobs. "There were rats coming in from the abandoned building next door. The hallways were always filled with lumber and sawdust and plaster."

A knock on the door came a few weeks later, and an offer of at least $10,000 if she agreed to leave the building.

"I know it's pretty horrible, but we can help you get out," Siwek recalls the man saying. "We can offer you money."

Siwek turned down the cash and sued instead. She said she won a year's worth of free rent and a new refrigerator.

New York City Council member Ritchie Torres, who plans to launch an investigation into permit applications, said: "The Kushners appear to be engaging in what I call the weaponization of construction."

Rent stabilization is a fixture of New York City that can bedevil developers seeking to make money off buildings. To free themselves of its restrictions, landlords usually have to wait until the rent rises above $2,733 a month, something that can take years given the small increases allowed each year.

Submitting false documents to the city's Department of Buildings for construction permits is a misdemeanor, which can carry fines of up to $25,000. But real estate experts say it is often flouted with little to no consequences. Landlords who do so get off with no more than a demand from the city, sometimes a year or more later, to file an "amended" form with the correct numbers.

Housing Rights Initiative found the Kushner Cos. filed dozens of amended forms for the buildings mentioned in the documents, most of them a year to two later.

"There is a lack of tools to go after landlords who harass tenants, and there is a lack of enforcement," said Seth Miller, a real estate lawyer who used to work at a state housing agency overseeing rent regulations. Until officials inspect every construction site, "you're going to have this incentive for landlords to make life uncomfortable for tenants."

New York City's Department of Buildings did not comment in general about the false filings by the Kushner Cos., but said it disciplined a contractor who filed false documents while working on two of the Queens buildings, which are currently under investigation by a tenant-harassment task force. It added that the department is also ramping up its monitoring of construction, hiring 72 new inspectors under city laws recently passed to crack down on tenant harassment.

"We won't tolerate landlords who use construction to harass tenants — no matter who they are," spokesman Joseph Soldevere said.

Exactly how much money the Kushner Cos. earned from the buildings mentioned in the documents is unclear. Of those 34 buildings, only the three in Queens and a fourth in Brooklyn appear to have been sold. The company also likely made money by reducing the number of rent-regulated tenants and bringing in those who would pay more.

Jared Kushner, who stepped down as CEO of the Kushner Cos. last year before taking on his advisory role at the White House, sold off part of his real estate holdings as required under government ethics rules. But he retained stakes in many properties, including Westminster Management, the Kushner Cos. subsidiary that oversees its residential properties. A financial disclosure last year showed he still owns a stake in Westminster and earned $1.6 million from the holding.

Back in Queens, the mailman Romano was one of the few rent-regulated tenants who fought back.

He hired a lawyer who found out he was protected from the 60-percent rent hike by law, something Romano did not know at the time. And he said his rent, which was set to increase to $3,750, was restored to $2,350.

Romano is still in the building where he has lived for nine years, with his wife, four children and his guests from the construction days — the mice.

"I still haven't gotten rid of them."

Condon can be reached at http://twitter.com/BernardFCondon

It is adamfoxie's 10th🦊Anniversay. 10 years witnessing the world and bringing you a pieace whcih is ussually not getting its due coverage.
Over 5.6 Million Reads Adam Gonzalez at March 19, 2018 No comments: Links to this post