Bill Moyers: Instead of a Soul Donald Trump Has An Open Sore

Trump's Bubble is Beginning to Crack

President Trump has steadfastly hewed to a simple M.O., which is to always claim he is winning, no matter how overwhelming the evidence grows to the contrary. Trump just raged at Democrats for failing to fund his wall, while simultaneously boasting that he has already secured the border and that the wall is indeed on track to getting built.
Last week, Trump buffoonishly claimed that the news implicating him in his former lawyer’s felony “totally clears the president.”
But, while such outward displays of brash confidence may snooker his more gullible MAGA-hat-wearing supporters, the evidence is everywhere that a very different reality has begun to pierce the bubble. Meanwhile, new data shows that outside this bubble, majorities of the American people fully grasp that reality, and have done so for a long time now.
A new CNN poll finds that Trump’s approval rating is mired at 39 percent, and it shows that even as ongoing investigations involving Trump and his orbit are bearing fruit, the American people continue to support the probe and believe it is turning up evidence of wrongdoing. The highlights:
Opinion | 'A bittersweet experience': What it was like to be in the Watergate prosecutor's office
Philip Allen Lacovara's job as counsel to the special prosecutor seeped into his family life. One worry? Whether Nixon's team was tapping his phones. (Kate Woodsome , Joy Yi, Breanna Muir/The Washington Post)
It’s true that approval of Mueller’s handling of the investigation is at 43 percent, also a drop, but Mueller is still in positive territory, and he’s far higher than Trump. The bottom line is that large percentages of Americans — far more than the opposite — say the investigation is pursuing legitimate and important matters; that Trump has been lying about the investigation; that it is already revealing wrongdoing on Trump’s part; and that it will likely reveal still more of the same.
This becomes all the more remarkable given the sheer volume of lies and disinformation Trump has offered on these matters. Trump has falsely claimed dozens of times that Mueller’s team is biased due to conflicts of interest, and he has falsely and preposterously asserted dozens of other times in various ways that it’s the Democrats who are the real colluders with Russia.
Trumpworld experiences a ‘reality tremor’
Meanwhile, for all of Trump’s outward swagger, signs are mounting that the White House is deeply rattled. Federal prosecutors now claim Trump personally directed a conspiracy to secure his election in the form of illegal hush-money payments. We’ve learned that Trump negotiated business dealings with Russia throughout the GOP primaries, which he concealed. And there are solid grounds for believing Mueller still hasn’t tipped his hand on all he has learned about Trump campaign conspiracy with Russia’s sabotage of our election or on Trump’s efforts to obstruct justice.
In the wake of this news, Axios now reports that a “reality tremor” has coursed through the White House, noting that “top officials” are “growing more anxious about Trump’s reelection prospects,” and that even some hard-core outside allies were “rattled by the specificity” of the latest revelations. The Associated Press reports that the news is “unnerving some of his fellow Republicans,” who now fret about his reelection chances that “the turmoil has left him increasingly vulnerable.”
Whatever is to be on this front, one thing that has been remarkable throughout this whole saga is that the American people formed judgments about it early on that haven’t really shifted much at all. 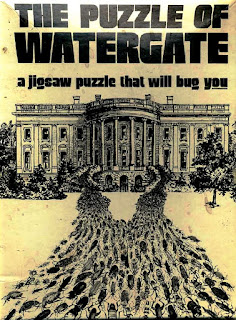 Richard Nixon was a qualified president and less corrupt than Donald Trump, according to former Watergate prosecutor Philip Allen Lacovara. (Adriana Usero, Kate Woodsome, Breanna Muir/The Washington Post)
Public opinion on Trump and the investigation has been stable
If you look at CNN polling over the past 18 months, you find that large majorities have said again and again since August 2017 that the Russia probe is examining a serious matter that should be investigated. Going back to December 2017, majorities have repeatedly said Trump is lying about the investigation.
Other polls have shown that as far back as April 2018, large majorities supported Mueller’s focus on conspiracy with Russia and on Trump’s business dealings. Way back in November 2017, a large plurality (49-44) already said Trump likely committed a crime in connection with Russian interference.
In other words, public opinion has been remarkably stable on the core questions here: that the investigation is legitimately in keeping with the rule of law and is examining matters important to the public interest; that it will likely turn up serious wrongdoing by Trump; and that Trump has been lying both about the investigation and about his own conduct. That remains true today.
But this wasn’t supposed to happen. For many months, every time Trump’s Twitter thumbs twitched in Mueller’s direction, pundits stampeded forth to wring their hands about how Trump’s lies, fueled by his magical political powers, were “working.” This grew to dirge-like levels in the run-up to the midterms. Yet polls steadily showed that solid majorities supported the Mueller probe and wanted a new Congress to put a check on Trump — helping produce for Democrats the largest raw-vote midterm victory in U.S. history.
It’s not always clear whether Trump believes his own brashness or that of the media voices that fill his bubble. Trump appears to have a sense of his own vulnerability at critical moments, such as when he backed downnumerous times from trying to remove Mueller when his advisers warned him off it.
But it does appear that the “reality tremors” are shaking the White House more deeply than usual. If so, this emerging reality is not news to most Americans — at least not to those who are outside the reach of that bubble.
Read more by Greg Sargent:
Trump’s lies and disinformation require a new kind of media response
Trump’s new pick for attorney general will face intense scrutiny. Here’s what he’ll have to answer.
Trump is failing everywhere. Here are some fresh signs of it.
Democrats have a big opportunity to deal Trump a crushing blow
Mueller’s new Michael Flynn memo strengthens obstruction case against Trump
Over 5.6 Million Reads Adam Gonzalez at December 12, 2018 No comments: