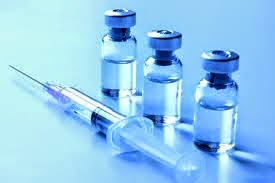 A future of HIV treatment that doesn't depend on daily dosing seemed to move a little closer today with an announcement that early findings show an injected combination of two antiretroviral medicines given monthly or every two months effective in controlling HIV among people whose virus was already suppressed. The findings come from the first 32 weeks of a study that involved more than 300 adults in the U.S., Europe and Canada, but potentially offer the hope of simplified treatment for patients worldwide in resource-limited settings where obstacles to daily treatment remain greatest.

The LATTE 2 study, which compared the outcomes of receiving injections of long-acting formulations of the antiretroviral medicines ripilvirine, from Janssen Sciences pharmaceutical company and cabotegravir, from ViiV Healthcare, to the outcomes of taking a combination three-drug daily pill, is a 96-week randomized trial to determine the potential effectiveness of long-acting HIV treatment. Of 309 adults enrolled in the study in the study, 286 were sorted into three groups after their viruses were suppressed with a daily pill -- 56 participants continuing the daily pill, 115 receiving injections of ripilvirine and cabotegravir every four weeks, and 115 receiving the injections every eight weeks. Patients in all three groups achieved comparable rates of viral suppression, according to the announcement today. Of nine participants who experienced adverse reactions to treatment that caused them to withdrew from the study, six were in the group receiving monthly injections, two were in the group receiving injections every two months, and just one was in the group of participants receiving the daily pill. The most common undesirable side effect was pain at the injection site, which 93 percent of participants receiving injections reported and which caused two participants in the monthly injection group to withdraw from the study. With continued signs of efficacy the study will be followed by a larger late phase trial, to gather more data on the safety and effectiveness of long-acting injectable HIV treatment.

"Reaching resource limited settings is very much on top of the list for Janssen," said Peter Williams, the company's team leader for the ripilvirine side of the study. That will mean addressing some challenges, he added. Currently both drugs used in the injectable regimen need to be kept refrigerated, a challenge in both transport and storage, he noted. Further development could change that, according to the company. In addition, ensuring that vials of both drugs are available at the same time could pose a supply chain challenge, he said, "that we have to be realistic about." The regimen, which is injected intramuscularly, will not be self-administered.
This excerpt was cross-posted with  Science Speaks.   Read the full article.
Over 5Million Reads Adam Gonzalez at November 04, 2015 No comments: Links to this post