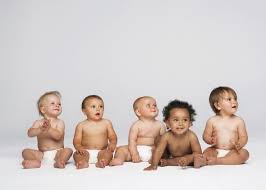 The Nebraska Supreme Court says a former state policy banning same-sex couples from serving as foster parents or adopting wards of the state was akin to hanging a "Whites Only" sign on a hiring-office door.
The court on Friday ruled that a judge's 2015 ruling striking down the policy will stand.
The decision came in a lawsuit filed by three same-sex couples in 2013. A judge ruled in the couples' favor, declaring as unconstitutional the Nebraska Department of Health and Human Services policy.
The state’s high court rejected state attorneys' arguments that Lancaster County District Judge John Colburn's finding should be reversed because DHHS had quietly stopped enforcing the ban in 2012, making the matter moot.
Its ruling slammed the 1995 administrative policy, which remained on the agency's website until February 2015, as evidence "that 'heterosexuals only' need apply to be foster parents."
"It is legally indistinguishable from a sign reading 'Whites Only' on the hiring-office door," Justice John Wright wrote.
The court also upheld an order for the state to pay nearly $174,000 in plaintiffs' legal fees.
"There are tens of thousands of LGBT people who call the Cornhusker State home and thousands of Nebraska children in need of a foster care placement," said Danielle Conrad, executive director of the Nebraska American Civil Liberties Union, which was among the groups representing the couples.
"This victory means that Nebraska's motto of 'Equality before the Law' rings out more truly for all in our state."
Asked why the state appealed if it wasn't seeking to reinstate the ban, the Nebraska Attorney General's Office replied in a written statement that "there were legitimate jurisdictional questions that needed to be considered by the court. The court has ruled." It did not elaborate.
Associated Press
Over 5Million Reads Adam Gonzalez at April 07, 2017 No comments: Links to this post