One of the best cities in France for the Gay community is Montpellier. For some, the Autumn sunshine has a particular effect on those chemicals that make you stop and admire everything around you, Montpellier in the south of France.  I know when people think of France Paris is the first on the list but if you are gay and you live in Europe or the Americas and want something genuine and sophisticated without being stuck up and happy without seeing drunk kids on the streets then this is Montpellier. Not just because it boasts 300 days of sunshine every year but also because it exudes a youthful dynamic vibe like no other French city. Maybe its because the university brings the average age down to under 25 for half the population but unlike your average UK city you won’t see groups of lads and gals off their faces on drink binges on a Saturday night. Just lots of very civilized young people eating, drinking and socializing alfresco with their friends. 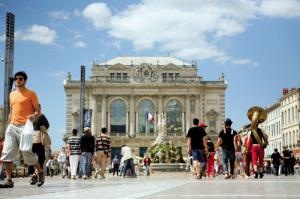 Founded in the eighth century, Montpellier is a relative newcomer compared to its ancient neighbours – Nimes, Arles and Beziers.  Today it is one of France’s fastest-growing metropolitan centers with bold new architecture which has been carefully added to its medieval bones.
The beach is also not far away (about 25 minutes drive and there are also buses). Choose from gay, nudist, speedo style and family.
Montpellier is also often referred to as France’s second GAY CITY after Paris.  Our Montpellier insider, Pierre Migayrou, who owns Montpellier’s best GAY-FRIENDLY B&B house has shared his top tips with us of things to see and do. 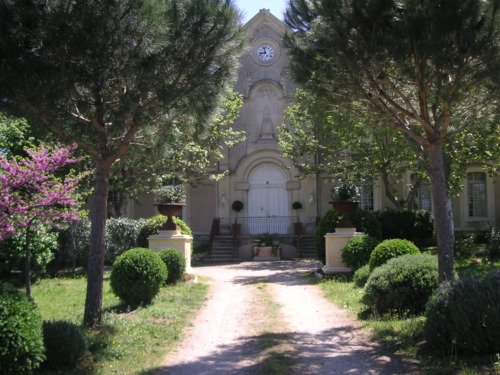 If you would like someone to join up the dots across the Languedoc, meet you at the airport in a classic Jaguar with a bottle of bubbly in the back and take you on a tour of your own making, then we can recommend Barbara and Rocky who provide bespoke tours through their holiday company – LA PAUSE PARFAITE. They will work with you to create whatever your heart desires whether it is great wine and food, sailing or just relaxing on the beach.  Perfect for a special occasion for the time poor and very very romantic. They are also the owners of the beautiful and luxurious LE GRAND HERMITAGE VILLAS.
Getting to Montpellier from the UK: Easy jet fly from Leeds and Birmingham and Ryan Air fly from Luton and Gatwick.

It is adamfoxie's 10th🦊Anniversay. 10 years witnessing the world and bringing you a pieace whcih is ussually not getting its due coverage. 4.9 Million Reads
Over 5.6 Million Reads Adam Gonzalez at April 06, 2018 2 comments: Links to this post