Duckling To Swan and No More Ducklings! This is Become Toxic in The Gay Community

Culture has long been fixated on the before and the after -- on extreme beast-turned-beauty makeovers and radical duckling-to-swan transformations. Between the F45 '8 Week Challenge' testimonials, Facebook's 10-year challenge, 'feel old yet?' memes and American television's near 20 seasons of The Biggest Loser, ours is a world obsessed with achieving our ultimate form. When it comes to beauty, no narrative appears to quite satisfy us like the emergence of a buried charm; a conventionally attractive aesthetic lurking underneath a supposedly base and ugly original form, just waiting to be discovered. In other words, we fucking love the glo-up.

841
One-dimensional uber-camp clowns, storylines centred on “being gay”, potential sexual menaces who want to get into the pants of straight men, lesbians whose sexuality makes them a challenge for men to turn: here are how LGBT characters often appear on our screens. But that’s if they even appear at all. According to a new study by Glaad – which campaigns for LGBT representation in the media – there has been a small increase in films with LGBT characters, but from a low base. Out of 114 films they looked at, released in 2014, 17.5% featured non-straight characters, up from 16.7% the year before. Many of these depictions were problematic, with only just over half passing the “Vito Russo test”, which measures the quality of the representations. (A film only passes the Vito Russo test if it includes a LGBT character, where they are not entirely defined by their sexual orientation or gender, and they have a significant impact on the plot.)
Take Get Hard, the new so-called “comedy” starring Will Ferrell, which taps into the revulsion of some straight men at the very idea of gay sex. The release of such films is a salutary experience for many LGBT people. Look how far we have come, we often rightly think: the overturning of anti-LGBT laws across the western world, the transformation of once overwhelmingly hostile public opinions. And then, in 2015, it is still acceptable to release a film that taps into the very much still present fears and prejudices that many have about LGBT people.
With trans people, the situation is even worse. Attitudes towards trans people are stuck roughly where they were for gay men back in the 1980s: a toxic rhetoric of disgust abounds, with a frightening prejudice that trans people are sexual predators who will somehow trick the unassuming into having sex with them. As well as facing violence – sometimes murder – there are still legislative attempts to oppress and stigmatise them, like a bill submitted by a rightwing Miami Republican to ban trans people from using public toilets. And according to Glaad, there are all too few films featuring trans people. The need to show the reality of life for trans people is surely desperately needed.
Let’s face it: representation of LGBT people on our screens is comparable to how it was for those one-dimensional, insulting portrayals of black people that used to be so widespread in mainstream popular culture. Not that I’m saying that battle has been won either: Lenny Henry has been leading a campaign to tackle the lack of black and minority people in the entire media industry. The entertainment industry remains institutionally racist. But many gay writers have suggested that the portrayal of gay characters is sometimes analogous to those old minstrel shows, which are now rightly seen as unacceptable. Silly, cardboard cut-out gay men, comically mincing around for our general amusement.


Both TV and film reflect society’s general attitudes, but they also help reinforce them

Both TV and film reflect society’s general attitudes, but they also help reinforce them. More nuanced and complex takes on LGBT life are all too often ghettoised with shows such as Cucumber and Banana. A character being gay is often a storyline in and of itself: surely we need characters who simply happen to be gay, rather than being defined by it. Yes, some men are camp – loudly and proudly so – and all of us need to get over that. But others are football-obsessed, or metalheads, or any other repudiation of the pervasive stereotypes that exist. Some are bisexuals, facing prejudice from all sides and airbrushed out of existence. Orange is the New Black, with its mostly lesbian characters, has rightly won accolades and awards, but how often are lesbians otherwise portrayed on our screens?
LGBT people are as complex and varied as anybody else. They are still all too often invisible on our screens, and portrayed simplistically and problematically when they do appear. That will only change when we overcome the general prejudices in society that still exist. But that’s not an excuse. The films and TV shows of today will surely provoke bafflement in the future: “Where are all the realistic gay, lesbian, bisexual and trans people?” they will ask. It will be a good question.
Owen Jones
-*- 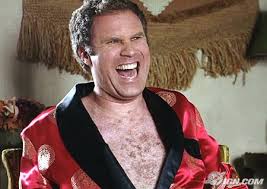 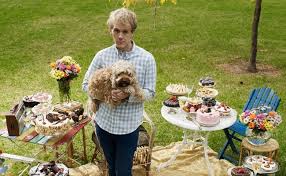 LGBT charity Stonewall also condemned the content in films such as Get Hard as damaging. “Homophobic, biphobic and transphobic language is endemic in Britain, particularly within our schools,” it said in a statement. “This kind of ‘banter’ that people see in Hollywood films and on-screen perpetuates the idea that this kind of language is acceptable.”
However Dr Andrew Moor, who specialises in the relationship between Hollywood and homosexuality, was unconvinced Get Hard offered any lasting damage. “Sure, it peddles lazy clichés about homosexuality and has tired old stereotypes, and yes that can be offensive,” he said. “LGBT culture has campaigned against toxic representation for so so long now, and it’s still important....I’m not sure a piece of throwaway pop like this is worthy of any big campaign though.”