Justin Bieber, Shut Up Already!. What a little Pest!

Just when you think teen superstar Justin Bieber couldn't possibly do anything dumber, he does something that makes you do a double face palm. Bieber is truly achieving the impossible: He's making Lindsay Lohan look good.
So what did Bieber do this time? Well, over the weekend he stopped at the Anne Frank House in Amsterdam. This museum is dedicated to preserving the memory of Anne Frank, whose chronicle of her family's efforts to hide from the Nazis during World War II would later become "The Diary of Anne Frank."
Bieber ended his visit by writing in the Holocaust memorial's guest book: "Truly inspiring to come here. Anne was a great girl. Hopefully she would have been a belieber." Dean Obeidallah
For those who wonder what he's talking about, a "belieber" is a term used to describe one of Bieber's devoted fans. Apparently Bieber's take-away from visiting this Holocaust memorial was that he hoped that Anne Frank would've been a fan of his music. He may have just redefined the word "narcissistic."
There is a silver lining to this. Some of his young fans tweeted that they had never heard of Anne Frank. Consequently, the controversy surrounding his comments apparently raised awareness about the horrors of the Holocaust to some young people previously unfamiliar with it. And the Anne Frank House praised Bieber's visit.
It was being gracious. But Bieber really needs to stop talking for a while. And I don't say that as someone who harbors an inappropriate amount of dislike for the teen singer. In fact, last May I wrote a piece for CNN.com defending and actually sympathizing with Bieber when he had an altercation with the paparazzi.
But that was almost a year ago. Since then, Bieber has become unbearable.
In the last month alone, we have watched Bieber caught on tape being restrained by his bodyguards as he unleashed a stream of obscenities and threatened members of the paparazzi with physical violence. He also allegedly spit in the face of one of his neighbors and threatened him after the neighbor complained that Bieber was driving his Ferrari at 100 mph in their gated community.

Then we saw Bieber storm out of his March birthday party like a spoiled child calling it the "worst birthday." He went on to show up almost an hour late for his concert in London. And in January, photos surfaced of Bieber smoking what the website TMZ said appeared to be weed with his friend rapper, Lil Twist.

I get it. Bieber wants the world to know he isn't a kid anymore. So he has decided to go the "bad ass" route.
But Bieber will never, ever be the tough guy he wants to be. Why? For starters, he's Canadian. When you think Canada, you think nice, often overly polite people -- not thugs. Second, Bieber is 5 feet 7 inches tall and weighs 130 pounds. Those measurements say "horse jockey," not scary guy. (Sure, actor Joe Pesci is only 5 feet 4 inches tall and known as a tough guy, but Pesci is Sicilian and was born in Newark, New Jersey, not London, Ontario.)

Bieber is clearly heading down the path of many child stars desperate to make the transformation into grown-up star. But his actions are not getting him there. Instead, he is becoming a walking punch line.
He has a few options. He could simply retire and enjoy his wealth. Estimates are that he is worth more than $100 million. Not bad for a 19-year-old kid -- from Canada. But it's unlikely that Bieber will take that route.
The other option is to avoid the fate of past teen stars who have ended up behind bars or worse as they struggled toward adulthood.
Instead, he could follow the lead of another Justin: Justin Timberlake. He, too, was a young star. First on "The Mickey Mouse Club" and then in the much better known boy band 'N Sync. Timberlake didn't try to be something he's not. He continued to make music and then made a successful transition into acting.
Decision time is now for Justin Bieber: He can be a Timberlake or a cautionary tale that parents tell their kids who want to go into show business. What's it going to be?

Dean Obeidallah, a former attorney, is a political comedian and frequent commentator on various TV networks including CNN. He is the editor of the politics blog The Dean's Report and co-host of a new CNN podcast "The Big Three"
Over 5Million Reads Adam Gonzalez at April 17, 2013 No comments: Links to this post

Your House is Full of Mice Urine. Full, Very Full

UNTIL A FEW WEEKS AGO I didn’t have the slightest interest in mouse urine. But after some study I’ve concluded that it is covertly running and ruining the world, strangling small children, and driving the profits of Big Pharma.
Mice sort their food; there were larders of pasta, lentils, acorns, and blue poison crystals in my walls. Looking at the elaborate networks in the walls, it’s easy to imagine that my new-old (built in 1939) cabin’s erstwhile owner was a rustic prisoner who suffered respiratory ailments. The mice operated a space-age metropolitan economy in the walls around him, communicating through sophisticated molecular signaling.Once the mice and the insulation were gone, a ghastly smell remained. So I set to googling the hows and whys, until the basic crystalline structure of our problem (specifically) and the scourge of mouse urine (generally) became clear: field mice, especially males, secrete proteins in their urine to signal to other mice their sex, degree of male dominance, age, and genetic makeup.Turns out, our walls are a giant social network, a Facebook of old mouse news. And just as Facebook has been designed by diabolical engineers, the molecule Mus m 1 has been designed to stick around, blasting out its code for a very long time. A picture of Mus m 1 looks like an exploded cartoon of a clown—colored curls and a helix. It is barrel-shaped so that it can hold volatile, signaling chemicals and release them slowly over time. MUPs are like graffiti spray-paint: lightweight so they’ll stay airborne, and sticky so they’ll remain on the walls.You might think that mouse urine is more my problem than yours. Ha! Eighty-two percent of American homes have mups floating about in them. In the inner cities of the Northeast and Midwest, the majority of all homes have mouse-urine proteins, but some of them have concentrations a thousandfold higher than homes in the suburbs. In the Northeast and Midwest we all live in a house made of mice. And that’s a big—very big—problem: mouse-urine proteins can trigger allergies and asthma. (Mouse-urine proteins are clever; they look like other allergens such as ragweed, which, according to the authors of a recent study, may be a trick that has arisen through convergent evolution.)Mice are obviously not the only trigger for asthma—auto pollution, dust, pets, and cockroaches are also on the list—but about half of Matsui’s asthmatic subjects were allergic to mice. (But the immune system is a hairball: Matsui also came across a curious paradoxical effect. Not everyone exposed to high levels of mups becomes allergic; some become immune. High exposure to mouse urine can, in other words, work a bit like allergy-immunotherapy shots, by reshaping the body’s immune response.)

I came to know mouse urine, the molecules of which are known as MUPs (Major Urinary Proteins), and specifically as Mus m 1, because the molecules were stubbornly clinging to the studs of a cabin that I recently bought. Though I didn’t yet know the molecular names or weights of my MUPs, I knew they were there. Mice had burrowed through the cabin’s fiberglass insulation, and it looked like a splendid and huge pink ant farm. 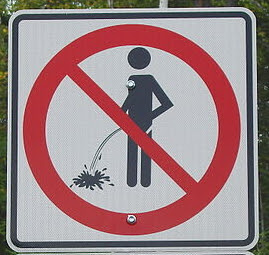 Dr. Elizabeth Matsui, a pediatrician and an associate professor at Johns Hopkins Children’s Center, started studying mouse urine a decade ago, when she was trying to figure out why a quarter of the kids in some low-income Baltimore neighborhoods have severe asthma. (The national rate is closer to 6 percent.) “If you live in public housing or Section 8 housing or anywhere … you can’t control mice, cockroaches, or other pollutants,” Matsui says. She found that higher exposure to mouse-urine proteins led kids to develop more problematic asthma.
In 2005, kids under 15 made 679,000 visits to emergency rooms for asthma. Currently, our medical remedy focuses on getting kids into long-term treatment with anti-asthma drugs of various sorts, but the mouse urine remains. Which brings me to the mouse-pharmaceutical complex. We currently spend about $50 billion a year in the U.S. on health care costs for asthma, and this is bound to rise as children grow older.
But we aren’t giving kids mouse-free houses.
Without a coordinated public-health response, Matsui says, trying to bring down asthma rates, or even asthma attacks in individual kids, is like playing Whac-A-Mole.


About  Lisa Margonelli
Lisa Margonelli, contributing editor, writes about energy, the environment, science, and policy for such publications as Forbes, Slate, Politico, The Atlantic, The Nation, and The New York Times, and many others. She is a research fellow at the New America Foundation. Her book Oil On the Brain: Petroleum’s Long, Strange Trip to Your Tank won the Northern California Book Award for nonfiction and was named one of the 25 notable books of 2007 by the American Library Association. She has received two excellence in journalism awards from the Society of Professional Journalists. She works in Oakland, California.

Over 5Million Reads Adam Gonzalez at November 05, 2012 No comments: