Gay Couples Can Now Be Eligible for Federal Benefits Including ObamaCare 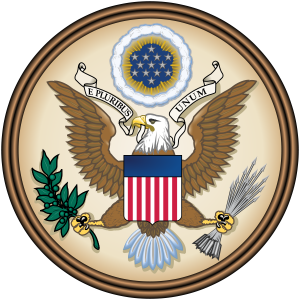 The Supreme Court's ruling on Wednesday that same-sex couples are eligible for federal benefits will mean more gays and lesbians can reap the benefits of President Barack Obama's healthcare overhaul that take effect January 1, advocates say.

In a landmark decision, the court effectively legalized same-sex marriage in California and struck down Section 3 of the Defense of Marriage Act, which denied same-sex couples federal benefits such as healthcare.

The Patient Protection and Affordable Care Act already bans discrimination in health coverage based on sexual orientation or gender identity. The law, known as "Obamacare," was passed in 2010 and upheld by the Supreme Court nearly a year ago.
With the Supreme Court decision, same-sex couples who live in states that recognize them can apply for the law's tax subsidies, meant to offset healthcare costs, as a couple rather than as two individuals, said Tim Jost, a health law expert and law professor at Washington and Lee University. This will help the law reach more people, he added.
Some couples will be newly eligible for spousal protections under Medicaid, a federally funded program that provides care to low-income parents, children, seniors and people with disabilities. It covers more than 62 million Americans, according to the Kaiser Family Foundation.
If couples decide to file taxes jointly, though, they may no longer qualify for Medicaid or tax credits because their combined income will put them above the level for eligibility.
In the District of Columbia or one of 12 states that have legalized gay marriage - where about 40 percent of same-sex couples live - applying for health coverage through federal employers and the exchanges will be as simple for them as it is for heterosexual couples, said Kellan Baker, associate director for LGBT progress at the liberal Center for American Progress.
But outside of those borders, it is more complicated.
"We know from the IRS there's a lack of clarity about how exactly marriages are recognized across state lines," Baker said. "There's the legal question of, does the IRS consider you married if you're living outside of the state that recognized your marriage?"
Section 2 of the Defense of Marriage Act, which the court did not take up, does not require states to recognize gay marriages that took place in other states.
Despite the uncertainty, many advocacy groups lauded the court's decision because it will improve access to healthcare for many gay couples.
Obamacare establishes state and federal exchanges so people can explore all of their health coverage options in one place.
States that run their own exchange programs decide who qualifies as family members, but the court ruling means that now the 26 federally run exchanges "have no bar to recognizing and including same-sex spouses as protected family members," said Shannon Minter, legal director for the National Center for Lesbian Rights.
The Supreme Court ruling will also enable older same-sex couples to receive marital benefits under Social Security and Medicare, Services and Advocacy for GLBT Elders said in a statement.
"Many of these federal benefits, from Social Security to Medicare, are founded on the presumption of marriage," the group said, "yet (the Defense of Marriage Act) denied access to these benefits even to legally married same-sex couples.”
By Yasmeen Abutaleb/Reuters
Over 5Million Reads Adam Gonzalez at June 27, 2013 No comments: Links to this post

By Christy Mallory, Brad Sears
Local ordinances that require city and county contractors to offer domestic partner benefits such as health insurance coverage have no adverse economic or other impact on the governments, the contractors or the economy as a whole. In fact, research shows that there are actually economic benefits associated with passing what is known as an equal benefits ordinance (EBO). This study evaluated data from 16 of the 17 localities with EBOs and found almost no resistance from contractors, almost no enforcement costs and no other adverse effects. The ordinances simply require that any benefits a local contractor provides to spouses of employees also be provided to domestic partners.
Several localities have explicitly passed EBOs because of the economic benefits associated with offering domestic partner benefits, which can be passed along from private businesses to local governments through the contracting process.   Research also shows that having LGBT-friendly laws, like EBOs, can give states and cities an edge in attracting businesses because they tend to draw highly-skilled and educated residents to the area. Survey responses also indicated that the laws are not burdensome or costly for the agencies to implement and enforce. The localities also estimated that the EBOs resulted in little increase in contracting costs compared to their overall budgets.
Click here for the press release.
Click here for the full study.
Over 5Million Reads Adam Gonzalez at March 04, 2012 No comments: Links to this post