Like many teenagers, Alana Chen was sometimes not where she'd told her parents she was going. But while other teens were sneaking out to parties, Chen would tell her parents she was going out with friends and instead take the bus from her family's home in the suburbs of Boulder, Colorado, to St. Thomas Aquinas Catholic Church downtown.
Chen was holding on to other secrets as well. Without her parents' knowledge, Chen's family says, she was receiving spiritual guidance from a priest at St. Thomas Aquinas, who told her that there was something she could never tell her family: She was a lesbian.
Chen struggled for many years to keep this secret, according to her family and tried to follow the church's teachings. But repressing her sexuality led to serious mental health problems that caused her to be hospitalized in 2016, Chen told The Denver Post last year.
Chen eventually left the church, feeling it was impossible to reconcile her sexual orientation and her Catholicism. In early 2019, she went away to Prescott College, in Arizona, to be farther away from St. Thomas Aquinas.
She seemed to be doing better, but on Dec. 7, 2019, while on a visit home, Chen, 24, was declared missing. After a search, her body was found at Gross Reservoir in Boulder County on Dec. 9, 2019. The Boulder County Coroner's Office has ruled her death a suicide.
Chen's death has focused attention on how religious institutions handle the question of sexuality in their counseling, especially when the counselor's faith teaches that homosexuality is wrong or sinful. Last year, Colorado banned gay conversion therapy for minors. That ban, however, exempts religious counselors.
That's something Chen's mother and sister want to see changed. They believe the religious counseling Chen received contributed to her death.
Joyce Calvo-Chen, Alana's mother, said that Alana grew up as observant as any average Catholic kid; she went to Mass at her local church and stayed on the right side of the commandments. But after attending a Catholic summer camp when she was 12 or 13, Calvo-Chen said, Alana becomes more devout and got involved at St. Tom's, as she called it.
Alana started attending Mass at St. Tom's almost every day, according to her mother. Fr. David Nix, the parish priest at the time, asked Chen if he could be her spiritual director. Nix told her that he thought she could be a nun, Calvo-Chen said, and wanted to make her "perfect" in the eyes of God. It was during this time that Chen came out to him.

Alana Chen died in December 2019 in Colorado, at the age of 24. (Photo courtesy of the Chen family)
On Twitter, Fr. James Martin, a prominent Jesuit priest, and writer, expressed sadness at the news of Chen's passing.
"Any death, especially suicide, is a tragedy," Martin told Religion News Service in an interview Jan. 23. "That Alana Chen said that she was forced to undergo conversion therapy makes it all the more tragic and heartbreaking."
He called on the church to discontinue practices that attempt to change people's sexual orientation.
In January, the Episcopal priests in Boulder County published an opinion letter in the Boulder Daily Camera rejecting conversion therapy and expressing sorrow at Chen's death.
"One of the texts we use in the Episcopal Church on Ash Wednesday is a prayer that begins 'Almighty God, you hate nothing you have made.' We believe that in its fullness — that no person in their gender identity is hated by God," the letter read.
Since her passing, Chen's family said, nobody from the Denver Archdiocese has reached out directly to them. (Haas said this is because it did not believe that contact would be welcome.) Her funeral was held at a local Episcopal parish.
"People will say different things about her suicide and how that came to be," Carissa Chen said. "I think the church played a huge role in the years of trauma and treatment that she went through and ultimately her suicide, and they're just going to have to live with that. We all will now."
Over 5Million Reads Adam Gonzalez at February 20, 2020 No comments: Links to this post 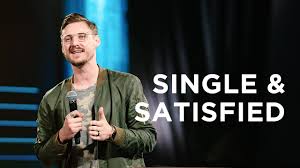 But that doesn’t mean Jesus doesn’t offer us companionship and comfort.

He ALWAYS does that.

4,646 people are talking about this
The last activity on his Twitter account was a retweet of the Anthem of Hope page. The original post contains a 24/7 chat feature and reads: "Lonely? Depressed? Need someone to talk to? ... You don't have to do this alone!"
On her unverified Instagram account, Wilson's wife wrote he was a "loving, giving, kind-hearted, encouraging, handsome, hilarious, give the shirt (off) his back husband."
"No more pain, my jerry, no more struggle," she wrote. "You are made complete and you are finally free. Suicide and depression fed you the worst lies, but you knew the truth of Jesus and I know you're by his side right this very second."

In her post, Juli Wilson said that "suicide doesn't get the last word."
"I won't let it," she said. Juli Wilson wrote her husband's work led "thousands to the feet of Jesus" and his willingness to share his struggle with anxiety and depression "has helped so many other people feel like they weren't alone."
"YOU WERE an anthem of hope to everyone, baby, and I'll do my best to continue your legacy of love until my last breath," she wrote.
Laurie, the pastor with Harvest Church, wrote in his post: "Sometimes people may think that as pastors or spiritual leaders we are somehow above the pain and struggles of everyday people. We are the ones who are supposed to have all the answers. But we do not."
"At the end of the day, pastors are just people who need to reach out to God for His help and strength, each and every day," Laurie wrote.
Over 5Million Reads Adam Gonzalez at September 11, 2019 No comments: Links to this post