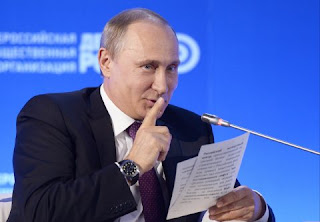 CIA Director John Brennan has offered a stern parting message for Donald Trump days before the Republican US president-elect takes office, cautioning him against loosening sanctions on Russia and warning him to watch what he says.

Brennan rebuked Trump for comparing US intelligence agencies to Nazi Germany in comments by the outgoing CIA chief that reflected the extraordinary friction between the incoming president and the 17 intelligence agencies he will begin to command once he takes office on Friday.
In an interview with Fox News Sunday, Brennan questioned the message sent to the world if the president-elect broadcasts that he does not have confidence in the United States’ own intelligence agencies.

"What I do find outrageous is equating the intelligence community with Nazi Germany. I do take great umbrage at that, and there is no basis for Mr Trump to point fingers at the intelligence community for leaking information that was already available publicly," Brennan said.
Brennan’s criticism followed a tumultuous week of finger-pointing between Trump and intelligence agency leaders over an unsubstantiated report that Russia had collected compromising information about Trump.

The unverified dossier was summarised in a US intelligence report presented to Trump and outgoing President Barack Obama this month that concluded Russia tried to sway the outcome of the November 8 election in Trump's favour by hacking and other means. The report did not make an assessment on whether Russia's attempts affected the election's outcome.
Trump has accused the intelligence community of leaking the dossier information, which its leaders denied. They said it was their responsibility to inform the president-elect that the allegations were being circulated.

Later on Sunday, Trump took to Twitter to berate Brennan and wrote, "Was this the leaker of Fake News?" In a separate posting, Trump scolded "those intelligence chiefs" for presenting the dossier as part of their briefing. "When people make mistakes, they should APOLOGIZE," he wrote.
Brennan also sounded an alarm on US relations with Russia. Trump has vowed to improve relations with Moscow even as he faces criticism that he is too eager to make an ally of Russian President Vladimir Putin.

Trump does not yet have a full understanding of Russia's actions, Brennan said, noting its seizure of Crimea from Ukraine, its support for President Bashar al-Assad in Syria's civil war and Moscow's aggressive activities in the cyber realm.
"Mr. Trump has to understand that absolving Russia of various actions it has taken in the past number of years is a road that he, I think, needs to be very, very careful about moving down," Brennan said.
In an interview with the Wall Street Journal published on Friday, Trump suggested he might do away with sanctions imposed by the Obama administration on Russia in late December in response to the cyber attacks if Moscow proves helpful in battling terrorists and reaching other US goals.
Brennan also said Trump needs to be mindful about his off-the-cuff remarks once he assumes the presidency, alluding to Trump's penchant for making broad pronouncements on Twitter.
"Spontaneity is not something that protects national security interests," Brennan said. "So therefore when he speaks or when he reacts, just make sure he understands that the implications and impact on the United States could be profound."
"It's more than just about Mr Trump. It’s about the United States of America," Brennan said

President-elect Donald Trump blasted outgoing CIA Director John Brennan on social media Sunday after Brennan said Trump does not have a “full understanding” of Russia’s power and threat to the world.

“I don’t think he has a full understanding of Russian capabilities and the actions they are taking on the world,” Brennan told “Fox News Sunday.”

He also suggested that Trump lacks a “full appreciation” of Russia’s aggression or about why President Obama imposed sanctions on the Kremlin for meddling in the 2016 presidential election.

“Mr. Trump has to understand that absolving Russia is a road that he needs to be very, very careful about moving down,” Brennan said.

Trump responded with a two-tweet message that criticized the CIA’s record under Brennan and questioned whether the director had leaked a dossier of unverified allegations that Russia spies had obtained compromising personal and financial information about Trump.

Incoming White House Chief of Staff Reince Priebus warned the head of the Office of Government Ethics on Sunday to “be careful” in his criticisms of President-elect Donald Trump.

OGE Director Walter Shaub last week panned Trump’s plan to address his business conflicts as “meaningless,” marking the second time the director called on the president-elect to fully divest his assets before he assumes the presidency this week.

“The head of the government ethics ought to be careful because that person is becoming extremely political,” Priebus said on ABC News’ “This Week.”

huffingtonpost.com
Over 5.6 Million Reads Adam Gonzalez at January 16, 2017 No comments: