The Panic, Cries Could Not Be Described But They Were Heard [23 Dead in Mainly Children in Bus Crash, India] 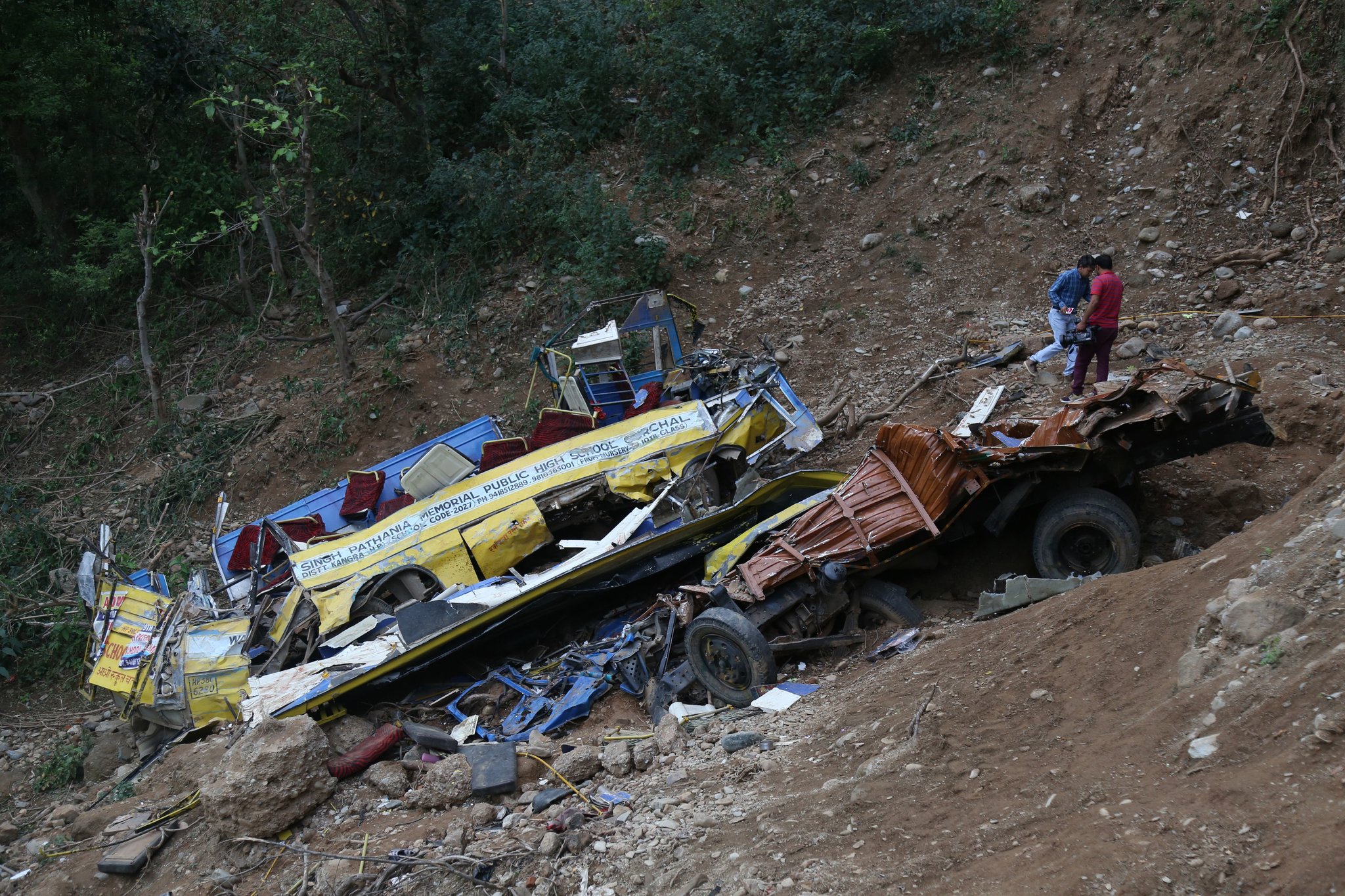 The remains of a school bus that plunged into a gorge in Himachal Pradesh, India, on Monday. 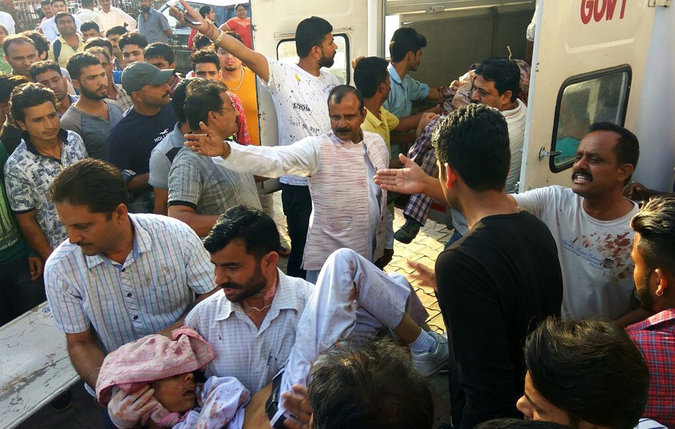 “The scene was full of panic, cries, chaos and disaster,” said Rakesh Pathania, a local politician who was at the site of the crash.

The bus, the authorities said, was carrying elementary school students from a private school in the state of Himachal Pradesh in the Himalayas when it swerved and fell hundreds of feet into a deep ravine around 3:15 p.m.

The bus was carrying 40 people, and the children who died were between the ages of 4 and 12, said Prabodh Saxena, the principal secretary of the state government.
“It is not clear why the bus crashed,” Mr. Saxena said. “We have called for an inquiry.”

One surviving boy, 10-year-old Ranveer Singh, told The Hindustan Times that he heard a loud bang and the bus started rolling down the side of the gorge. “Just then the window near my seat broke and I and a girl sitting by my side fell out,” he said.

That girl, along with several other students, survived the crash. A convoy of cars and bicycles made up of passers-by rushed to bring injured students to a nearby hospital before ambulances arrived at the scene near the town of Nurpur.

Between 300 and 400 local residents “worked like monkeys” to rush down to the crash site and rescue trapped passengers, Mr. Pathania said. Most of the children died from head injuries or suffocation. The bus was so badly crushed that workers had to “cut open the body of the bus” with rods and stones to rescue passengers.

Mr. Pathania said 12 of the children were still in the hospital, and that one of them was in critical condition.

Among the dead were the bus driver, two female teachers and an unidentified person who hitched a ride on the bus, Mr. Saxena said.

The bodies of two dozen children, all under the age of 13, were taken to the government mortuary in Nurpur. There, they were placed on the building’s concrete floor, covered with sheets as their families arrived to identify them.

A father of a dead child grieved outside a government hospital in Nurpur. Credit Ashwini Bhatia/Associated Press

“I am deeply anguished by the loss of lives,” Prime Minister Narendra Modi of India said on Twitter. “My prayers and solidarity with those who lost their near and dear ones.”

India has one of the world’s highest traffic fatality rates, according to the World Health Organization. More than 207,550 people were killed in road accidents in 2013, according to United Nations statistics.

Poorly paved roads and a lack of guardrails make the country’s mountain roads particularly perilous. Vehicles are often old and not well maintained, and many drivers receive little formal training before getting behind the wheel.

On Tuesday morning, another bus driver lost control of his vehicle on a dangerous stretch of highway near the city of Pune and veered off the road. Officials said the driver may have been speeding and that at least 17 people heading to a construction site, including children, were killed. 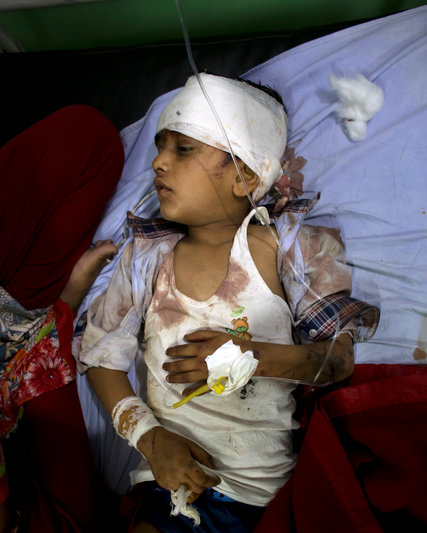 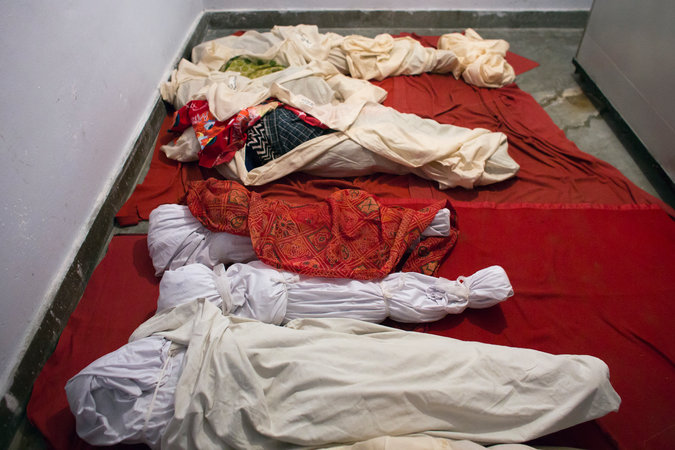 It is adamfoxie's 10th🦊Anniversay. 10 years witnessing the world and bringing you a pieace whcih is ussually not getting its due coverage. 4.9 Million Reads
Over 5Million Reads Adam Gonzalez at April 11, 2018 No comments: Links to this post