The first thing MM2 second class Jerrel Revels did when his submarine pulled into harbor was drop to one knee and propose to his boyfriend Dylan Kirchner.
Revels, a Texas native started dating Kirchner, of Plainfield, Connecticut about a year ago.
But the two were soon separated when Revels started his first deployment on the USS New Mexico on February 13. 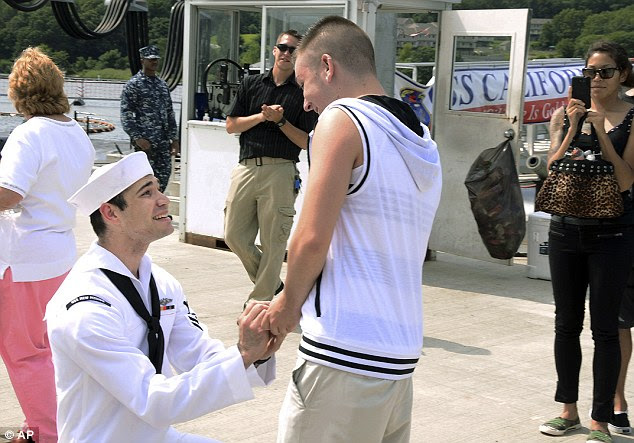 For the past six months, Revels and the crew have cruised more than 34,000 miles in the European region, making stops in Norway, Scotland and Spain.
At some point during the journey, the sailor realized exactly what he wanted to do when he got home.
'I've been away from this dude for about 6 months now and there's just a point where I realized I didn't want to be away from him anymore or let him get way,' Revels told NBC Connecticut. 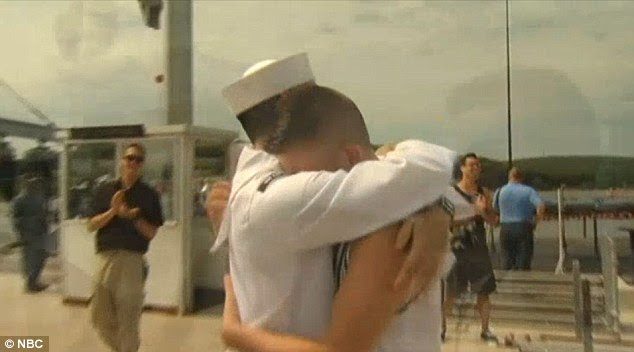 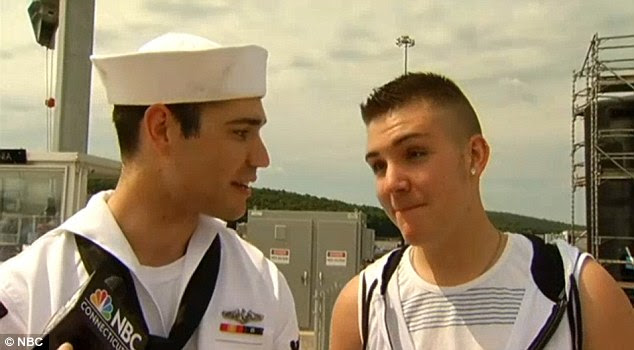 Kirchner had an idea that his boyfriend would propose, but not right on the dock in Groton, Connecticut surrounded by 200 relatives welcoming back their loved ones.
'It kind of tickled my mind every now and then that (he would propose) but I never expected this,' Kirchner told Connecticut's The Day. 'I didn't really care everybody was around. It felt just like the two of us.'
Kirchner said yes, and afterward posted a happy announcement on Facebook.

Over 5Million Reads Adam Gonzalez at August 13, 2013 No comments: Links to this post