Where Are The Millennials? Don't be Blaming Them For Anything They Are Just Broke Laying Low

Millennials are a murderous bunch, a generation of homicidal maniacs.
At least that’s the impression you get from reading news stories about my generation.
According to the headlines, we’ve wreaked carnage across the economy with our fickle, selfish tastes. So far we have “killed” or are “killing” dinner dates, hotels, credit cards, grocery stores, cinemas, Home Depot, diamonds, banks, gyms, department stores, vacations, cruises and casinos, the car industry, homeownership and even Buffalo Wild Wings.
The explanations for our butchery are manifold, and sometimes contradictory.
Sometimes we’re a bunch of hipster brats who don’t appreciate the tried-and-true cultural milestones of middle-class adulthood. We spend all our time snapping selfies in our parents’ basements. That means we don’t need cars to get around, nor do we want them. To today’s youngsters, “driving simply doesn’t seem as cool as it once was,” one Fortune magazine articleproclaimed.
Or maybe we are venturing out, but when we do, we make more frivolous purchasing decisions than did our forebears. We fritter away our paychecks on avocado toast instead of saving to buy a home.
Monopoly has released a new edition for millennials, where you collect experiences instead of properties. We tested it for accuracy. (Dave Jorgenson/The Washington Post)
Or, alternatively, we’re socially conscious, admirably deaf to the siren song of commercialism. Unlike those Material Girls (and Boys) of the 1980s, we think ownership is soul-sucking and pointless. Sharing is caring, bro.
Well, a research paper published last month by economists at the Federal Reserve comes to a different conclusion: Millennials aren’t choosing to break economic traditions. Instead, we’re just broke.
The report, “Are Millennials Different?,” looks at financial and cultural milestones for the cohort born between 1981 and 1997, and how it compares with earlier generations at a similar life stage. Contrary to stereotypes that kids these days have sharply different tastes and aspirations than did kids of yore, the report concludes that “millennials do not appear to have preferences for consumption that differ significantly from those of earlier generations.”
We simply lack the earnings or assets to make those same consumption preferences happen.
It’s true, for instance, that we’re much less likely to own homes. Homeownership rates among young households were close to 50 percent for Gen Xers in 2001 and baby boomers in 1989, the report finds, but only 34 percent for comparably aged millennials in 2016.
Have the scars of the housing bust turned us away from the American dream of homeownership? Survey data suggest otherwise. More likely we’re just still scarred by the Great Recession itself: We simply can’t afford to pursue that dream right now.
After all, many of us entered the job market when employment opportunities were few and far between, and we got stuck on lower-paying career trajectories. The Fed paper finds that millennials, working full time, generally have less income than did either Gen Xers or baby boomers at similar ages.
We also have more student debt than those earlier generations did.
Young adults today are more expected to attend college if they want a decent job — and moreover, to fund that education themselves, given successive rounds of cuts in public dollars to state colleges and universities. Student loan debt in turn can crowd out our ability to borrow for other purchases, such as a house.
After controlling for income, economic and other demographic factors, the researchers found little to no difference between millennials and earlier generational cohorts in their spending on housing, cars and food. In fact, millennials appear to spend more on housing than demographically similarly boomers did. The researchers note that it’s possible our preferences could eventually change, just as the “Great Depression left a lasting impression on the Greatest Generation.” But there’s little evidence that’s happened yet.
For now, what’s odd — and especially unfair — is that millennials are blamed and shamed for “killing” industries that we’ve been effectively shut out of.
We’re not the ones, after all, who bought houses we couldn’t afford and then destroyed the global economy a decade ago.
We’re not the ones who orchestrated a massive disinvestment in public higher education, after the generations before us enrolled for a pittance.
And going forward, we’re not the ones who will benefit from the new $1.9 trillion deficit-financed tax cut, which was effectively an enormous intergenerational transfer of wealth. In case you’re wondering who’s going to pay that back, the answer is millennials, and the generations who come after us — through higher taxes, lower benefits or both. Which is yet another reason for us to pinch every penny we can.
If you’re really concerned about the supposed economic carnage being visited upon car-makers or Buffalo Wild Wings, blame the real villain here: our elders.
Over 5Million Reads Adam Gonzalez at December 08, 2018 No comments: Links to this post

Email ThisBlogThis!Share to TwitterShare to FacebookShare to Pinterest
Labels: MIllenials 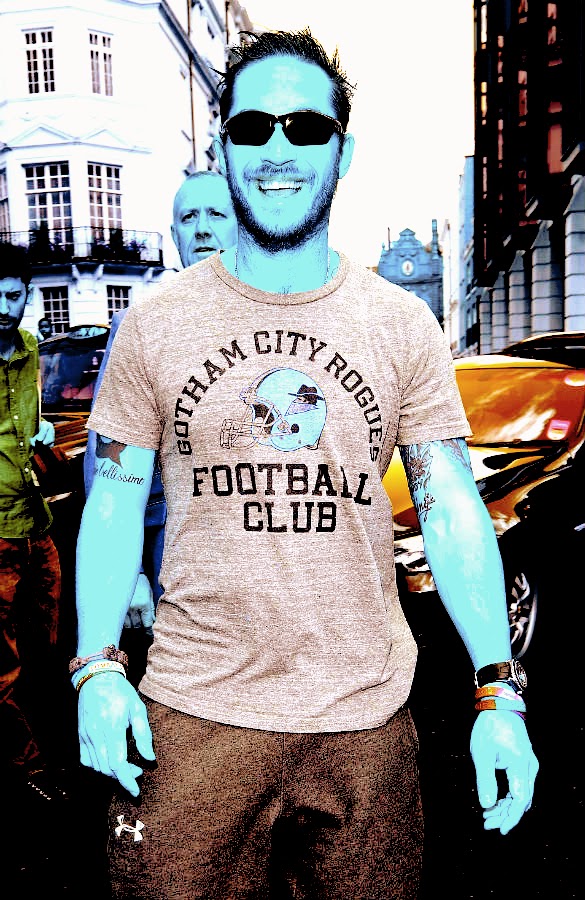 WASHINGTON — Young adults like to think of themselves as independent, but when it comes to politics, they're more likely than not to lean to the left.

Half of American adults ages 18 to 33 are self-described political independents, according to a survey out Friday, but at the same time half of these so-called millennials are Democrats or lean toward the Democratic Party, the highest share for any age group over the last decade.

In addition, young adults tend to be single and churchless — turning away from their predecessors' proclivity for religion and marriage, according the Pew Research Center survey. Almost two-thirds don't classify themselves as ''a religious person.'' And when it comes to tying the knot: Only about 1 in 4 millennials is married. Almost half of baby boomers were married at that age.

The new survey shows how the millennial adults are ''forging a distinctive path into adulthood,'' said Paul Taylor, Pew's executive vice president and co-author of the report.

This can especially be seen when it comes to politics. Fifty percent of the millennials identify themselves as political independents, while only 27 percent said Democrat and 17 percent said Republican. The independent identification for millenials is an increase from 38 percent back in 2004.

''It's not that they don't have strong political opinions, they do,'' Taylor said. ''It's simply that they choose not to identify themselves with either political party.''

When the self-identified Democratic millennials combined with the self-described independents who lean Democratic, half — 50 percent — of the millennials are Democrats or Democratic-leaning while 34 percent are Republicans or Republican-leaning.

''They don't choose to identify, but they have strong views and their views are views that most people conventionally associate with the Democratic Party,'' Taylor said. ''They believe in a big activist government on some of the social issues of the day — gay marriage, marijuana legalization, immigration. Their views are much more aligned with the Democratic Party.''

Taylor said they don't know whether millennial voting trends will stay the same as they get older.

''People can change over the course of their lifetimes,'' Taylor said. ''At the same time, the behaviors, attitudes, the voting patterns and experiences that generations sort of encounter as they come of age in their late teens and early 20s are important and this generation as political actors has come in three or four national elections in a row now as distinctively Democratic and liberal despite the fact they don't want to identify that way.''

Millennials also haven't bought into the idea that they should go to church or get married early.

The 64 percent of the millennials who say that they are not religious ''is the highest for any age group we've ever measured,'' Taylor said.

The Pew study was based on interviews with 1,821 adults by cellphone or landline from Feb. 14-23. The poll has a margin of error of plus or minus 2.6 percentage points
.
By Jesse J. Holland THE ASSOCIATED PRESS

Over 5Million Reads Adam Gonzalez at March 08, 2014 No comments: Links to this post