James Franco in the gay role as Michael Glatze 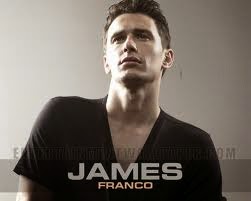 James Franco revealed, via Instagram (how else?), the first image of himself as Michael Glatze, a gay activist and co-founder of Young Gay America magazine who became an anti-gay Christian pastor (see below). The movie, which is slated for release next year, also stars Zachary Quinto as Glatze’s boyfriend, and Emma Roberts as his future wife.
The role marks a stark change from Franco’s recent star turn in the art world as Cindy Sherman.

James Franco as Michael Glatze.Photo: James Franco/Instagram.
Glatze publicly renounced his homosexuality, married a woman, and became an outspoken anti-gay speaker in 2007. In a personal essay published that year, he wrote:

I was repulsive for quite some time; I am still dealing with all of my guilt.
As a leader in the “gay rights” movement, I was given the opportunity to address the public many times. If I could take back some of the things I said, I would. Now I know that homosexuality is lust and pornography wrapped into one. I’ll never let anybody try to convince me otherwise, no matter how slick their tongues or how sad their story. I have seen it. I know the truth.

Franco is also a producer for Michael, which will be director Justin Kelly’s first feature film. Franco’s participation in films about gay activists—he co-starred in the Harvey Milk biopic Milk—and the recent revelation that he lives with another man has fueled speculation that the artist-actor-essayist-instructor is gay, which he denies
Benjamin Sutton
http://news.artnet.com
Over 5.6 Million Reads Adam Gonzalez at August 13, 2014 No comments: Links to this post

Sex According to James Franco