Trump Plans For Syrian oil, What is Up With That? 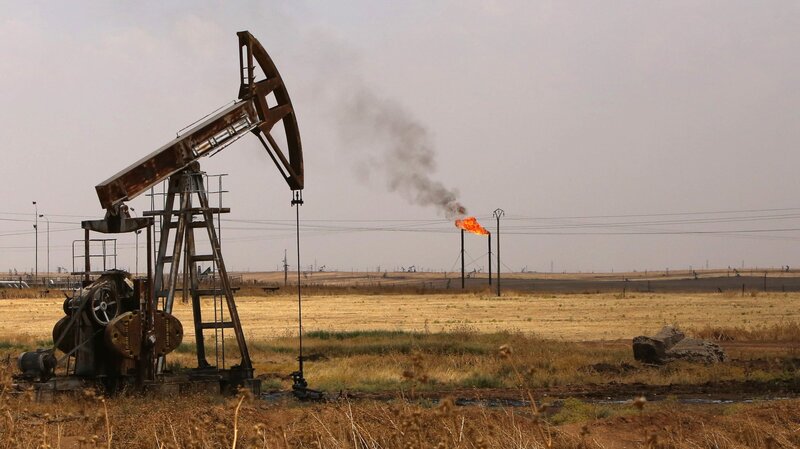 Ayse met Mahmoud in 2011 as she was reporting on the Syrian refugee crisis at the Turkish border. Before accepting to become her fixer, Mahmoud told her: “I’m gay, are you ok with that?”. They struck up a friendship instantly.

As they returned to Istanbul, Mahmoud told Ayse about an ambitious plan: to organise a secret competition to elect - among the refugees in Turkey’s iconic city - a Mr Gay Syria who would then travel to Mister Gay World contest.

Mahmoud’s goal was obviously not to simply pick a good-looking peer but rather to put a spotlight on his community : Syrians who had to run away from war and homophobia, finding themselves in a place that did not accept them either.

We’re running this crowd funding campaign to finish our film and share the important stories of people surviving the greatest humanitarian crisis of our times.

We wanted to show a side of the migration crisis that is rarely portrayed, steering away from the depictions of nameless masses by certain media and politicians. We made a film that could be understood at a human level - getting to know our characters' dreams and aspirations as well as their daily struggles.

For the past three years, we have been following our characters in Turkey, Malta, Germany and Norway.

Please help us finish this documentary so we can share it far and wide.

Ayse Toprak, the director of this film, worked for many years at Al Jazeera reporting from Turkey. On her assignments, she met countless of people, but no one marked her quite as much as Mahmoud Hassino. He was the first LGBT blogger in Syria and her interpreter whilst on assignment at the Turkish-Syrian border.

He is Syrian and openly gay. Being open about your sexuality is an inherent risk in the region. Mahmoud knew the dangers and accepted them, he wanted to show the world that his community matters. That they deserve a voice and representation.

Mahmoud introduced Ayse to Husein, a 23-year-old gay Syrian refugee from Aleppo, now living in Istanbul. Husein's dream was to finally show his true face to the world, to remove his mask. This is why he decided to participate to Mr Gay Syria.


Last but not least, Mr Gay Syria is a proud French-German-Turkish coproduction:

Paris-based Antoine Simkine has been producing films for more than 15 years. His latest release Summer of Sangailé premiered at Sundance and Berlin Film Festival in 2015.

Christine Kiauk has been running Coin Film with fellow producer Herbert Schwering for several years. They've been at the forefront of indie filmmaking in Europe ever since.

Ekin Çalisir is a Turkish filmmaker and journalist based in Istanbul.

for their film: learn more on their website. Video by  Ayse Toprak
https://www.theatlantic.com

Over 5Million Reads Adam Gonzalez at March 05, 2017 No comments: Links to this post

The documentary 'Mr. Gay Syria' looks at the plight, and persecution, of homosexual refugees in the Middle East.

Can you fight ISIS with high heels and a mankini?
Mahmoud Hassino thinks so. Angered by the violent abuse against gay men in Syria —ISIS killed countless homosexual men by throwing them off buildings —the Berlin-based journalist and gay-rights activist decided to use pride to fight prejudice.
He organized a competition —complete with cat walk, dance numbers and, yes, tight-skinned leather mankinis — among Syrian refugees in Istanbul to elect a “Mr. Gay Syria” to represent the war-torn country in the Mr. Gay World beauty pageant.
The idea was to raise awareness of the persecution of gays in the Middle East (Donald Trump's travel ban for seven Muslim-majority countries provides exceptions for persecuted religious minorities, but makes no mention of people facing persecution for their sexual orientation.)

Scene from 'Mr. Gay Syria': a contestant selects his outfit before the show.
Hassino's story, and that of Husein, the 23-year-old who won the title (and in so doing came out to his family), is told in Ayse Toprak's Mr. Gay Syria, a documentary being produced by France's Les Films d’Antoine and Germany's Coin Film.
The film, made on a shoestring budget, celebrates the struggle and bravery of men who face real and daily persecution.
“Husein's father has threatened to kill him since he came out,” director Toprak told The Hollywood Reporter. "And two of the men in the film have actually been murdered in hate crimes since we finished filming.”

Scene from 'Mr. Gay Syria': Turkish police break up Istanbul's Gay Pride Parade.
With no support from the Turkish government, which doesn't approve of the subject matter —Turkish police regularly harass gay men and events like Istanbul's Gay Pride Parade are often disrupted by riot police— the filmmakers have turned to crowdfunding — on online funding site kisskissbankbank —to finish post-production. They have so far raised more than $18,000 of the $37,000 they need.
“The support we've received has been incredible,” says Toprak. “Every comment, every retweet, has been inspiring for us. We are going to finish this film, no matter what.”
Story by by Scott Roxborough
This page was originally posted on The  Hollywood reporter
Over 5Million Reads Adam Gonzalez at March 03, 2017 No comments: Links to this post